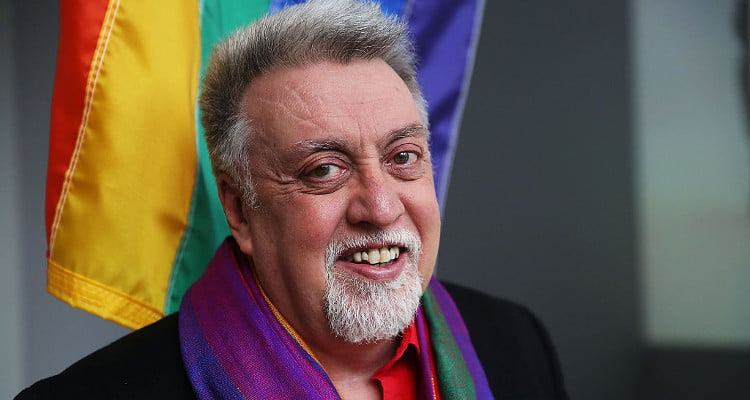 Gilbert Baker created the symbol of the LGBTQ community —the iconic rainbow flag, whose meaning goes beyond its visual. The groundbreaking artist passed away just over two months ago on March 31, 2017. Today’s Google Doodle celebrates Baker’s 66th birthday, and the rainbow flag that he is remembered for.

Gilbert Baker hand-dyed the eight colors of the rainbow flag, which is now the symbol of the LGBTQ community. June 2, 2017 would have been his 66th birthday, but sadly, he passed away on March 31. He was an icon of the gay rights movement, and his accomplishments will always be remembered. To know more about what kind of person the symbolic artist was, take a look at our Gilbert Baker wiki.

Baker was born and raised in Kansas. His grandmother owned a clothing store, while his father was a judge and mother as a teacher.

He came out to his parents when he was 19 and said they didn’t speak to him for years. “But it allowed me to get past my own suicidal urges, it allowed me to become the artist that was inside of me and it allowed me to say, ‘Well, you know, I can have a dream and I can go for it,’” he said.

He Served in the Army

Baker spent a year in college before he was drafted into the U.S. Army in 1970. He served as a medic, treating injured soldiers in the Vietnam War. He was often disparaged by his colleagues for his sexuality. Accounts of his time in the military were written in the book Conduct Unbecoming (1994) by Randy Shilts on the treatment of gays and lesbians in the military.

He was stationed in San Francisco in 1972, around the time the city’s gay movement was flowering. After his honorable discharge, he finally bought his first sewing machine and taught himself how to sew. Baker was quoted as saying, “Once I was finally liberated from my Kansas background, the first thing I did was get a sewing machine.” 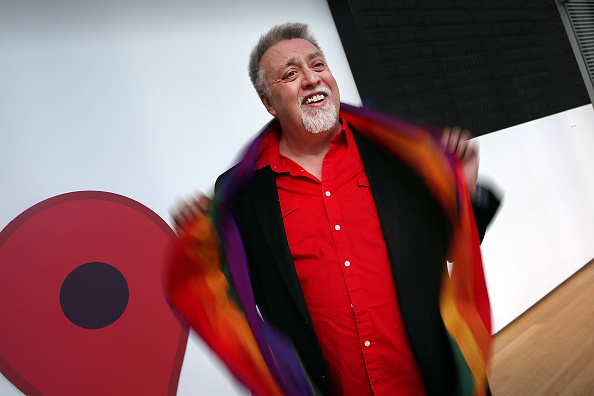 He Made Banners and Displays

With his sewing skills, Baker began making banners for gay rights and anti-war protests. He worked at the Paramount Flag Company in San Francisco, and made displays for Dianne Feinstein, the Premier of China, the Presidents of France, Venezuela, and the Philippines, the King of Spain, and many others. He also designed creations for numerous civic events and San Francisco’s Gay Pride. In 1984, he designed flags for the Democratic National Convention. In his later years, he held exhibitions in Rome and New York. Despite his work, Gilbert Baker’s net worth hasn’t been calculated.

He was also a drag queen and part of drag activist groups. It was around the time he started making banners for protests that he became friends with Harvey Milk, the first openly gay politician in the United States. Harvey Milk then tasked Baker with making a flag for a march he was organizing. At that time, the symbol of gay pride was a pink triangle —something that Hitler would make homosexuals wear as means of identification during WWII.

In 1978, Baker and 30 volunteers were in the floor attic gallery of the Gay Community Center at 330 Grove Street in San Francisco with trashcans full of dye. They dyed thousands of yards of cotton and rinsed out the cloth in a laundromat. Since laundromat’s didn’t allow dyes to be washed in their washing machines, the group went late at night and put bleach inside so other people’s clothes wouldn’t be discolored. 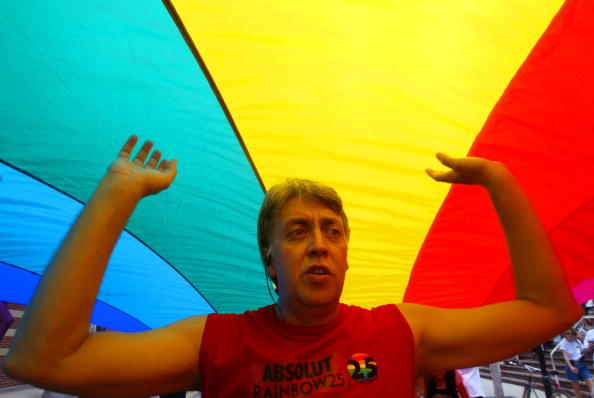 The group then raised two flags in the the United Nations Plaza in downtown San Francisco on June 25, 1978. One was the rainbow flag, while the other was an American flag with rainbow strips in place of the red, white, and blue.

Baker’s original design for the gay pride flag was an eight-striped rainbow. The original colors were hot pink, red, orange, yellow, green, turquoise, indigo, and violet. They represented, respectively: sex, life, healing, sun, serenity with nature, art, harmony, and spirit. In later versions of the flag, the pink and turquoise had to be removed because the dye used for those fabrics were too expensive. He went to create several gigantic versions of the flag to celebrate gay pride, and ultimately stuck with the six colors we see on them today. 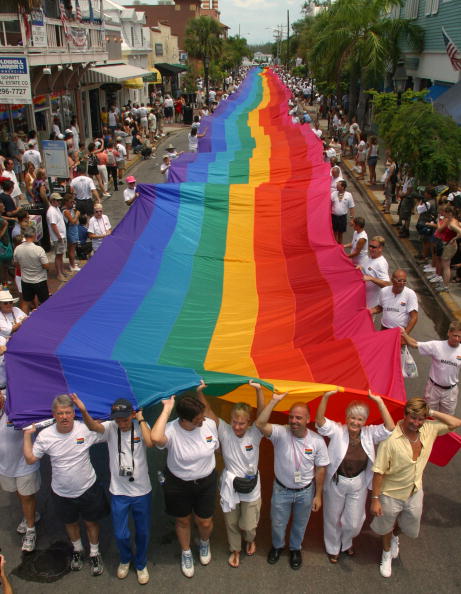 Gilbert Baker was a a living symbol of what he stood for. He was always at the forefront of LGBTQ activism. Besides interviews and documenting his life stories through books by various authors, his work got the televised treatment through the docudrama called When We Rise.

On March 31, 2017, Baker passed away in his sleep at the age of 65 at his New York home, according to his longtime friend, Cleve Jones. The cause of death was initially unknown, but Jones said Baker had suffered a massive stroke a few years ago and had to learn how to sew again. Authorities have since revealed that “hypertensive and atherosclerotic cardiovascular disease” resulted in Baker’s death.

Today, June 2, would have been his 66th birthday. Google honored his legacy saying, “Today we celebrate Gilbert Baker’s pride, creativity, and the lasting impact he’s had on strengthening and uniting people all over the world.”

RIP Gilbert Baker, your legacy will live on through time.