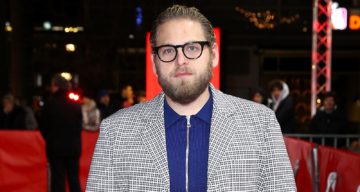 Wedding bells are ringing for Jonah Hill! The Oscar-nominated star is engaged to his girlfriend of one year, Gianna Santos. It appears that Hill is ready to settle down with his new $6.7-million Santa Monica home and his future wife. Jonah Hill’s fiancée is not a celebrity and is very low-key. Yet people can’t resist their curiosity about her. So we’ve got Gianna Santos’ wiki, to dish on everything we know about Jonah Hill’s wife-to-be.

Gianna Santos Is from New York

Gianna Santos was born on April 19, 1989 to Ernest Santos and Rita Paolicelli-Santos. She and her younger sister, Olivia Santos, were born and raised in New York.

Gianna graduated from the New York City Lab School for Collaborative Studies and attended Fordham University in 2007. She received her bachelor’s degree in communication and media studies with a minor in sociology in 2011.

Her sister graduated from Notre Dame School and studied civil engineering at the University of Maryland. Olivia is currently a staff engineer at New York-based Langan Engineering and Environmental Services.

Shortly after Page Six broke the news that Jonah Hill and Gianna Santos were engaged, the couple was spotted dining at a Manhattan restaurant. Santos wasn’t sporting a ring at that time, though.

Santos Works at a Beauty Startup

Before graduating from college, Gianna Santos had gained work experience working at J.Crew, an NYC restaurant, and as an intern on an assemblyman’s staff. She also had two stints as an intern at HBO before landing a brief accounting job at the network in 2012.

Santos transitioned from media to fashion, working for the New York-based label Theory. From 2012 to 2013, she was an associate account executive at Theory.

Gianna Santos writes on her website, “I have always been intrigued by and drawn to creative pursuits including fashion’s eccentricities, a love for design, and visual displays of fashion.”

She later switched to the men’s retail brand JackThreads as an e-commerce stylist.

In 2016, the popular retail store Kith NYC hired her as a head stylist and producer.

As of April 2019, she has been working at the beauty startup Violet Grey as a content manager.

Santos and Hill Began Dating in 2018

Jonah Hill has a long dating history, with his last known relationship being with Erin Galpern in 2017.

The Wolf of Wall Street star reportedly began dating Santos last summer. It’s not known how or when they met, however.

Page Six exclusively learned that Hill was engaged through his social circle. A rep later confirmed that he was indeed engaged to his girlfriend of one year.

Details of the engagement are under wraps and Santos has yet to be seen with an engagement sparkler on her finger. With all the interest in her, she has also switched her Instagram to private.

The news comes at the same time it was reported that Hill purchased Jesse Jo Stark’s Santa Monica home for $6.7 million.

It is speculated that the newly engaged couple might move into the new home together. Santos’ job is based in New York, but we can see her bringing her styling game to Hollywood.