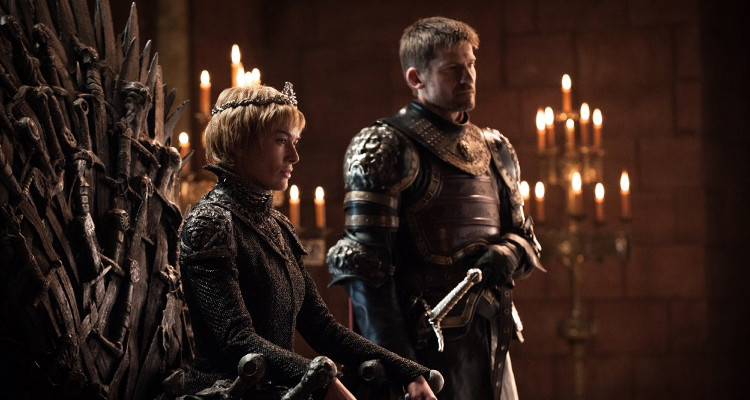 Game of Thrones Season 7 is coming! The hit HBO show will return on July 16, 2017, and we are all awaiting the much speculated Season 7 with bated breath! With two amazing trailers and an explosive Season 6 finale, fans are counting down the days until the fate of Westeros is revealed. In the meantime, there has been more than enough time for various Game of Thrones Season 7 theories to circulate. It’s always fun to speculate, so take a look at what fans think might happen on Game of Thrones this season!

Season 6 of Game of Thrones ended with a lot of surprising turns. First up, we have Cersei Lannister sitting on the Iron Throne after the death of her son, Tommen, and burning the courthouse with Wildfire. Then, there was an incomplete reunion of the Stark family, with Jon Snow and Sansa Stark finding each other again. We also saw Arya Stark rediscovering herself and making her way back home, taking vengeance on the death of her mother and brother. And, of course, the mother of dragons forging her path to King’s Landing to claim the Iron Throne, her birthright.

With Season 7, Game of Thrones will get a lot darker and more savage as winter has come to Westeros. While the Seven Kingdoms will be fighting over their political feuds and lust for power, they might take some time to notice the greater doom lurking in hindsight: The White Walkers. Their immortality (minus the fact that Valyrian steel can kill them) poses an imminent threat to the Starks, Lannisters, and Targaryens. But despite their differences, the Seven Kingdoms will likely have to come together to fight unitedly against their common enemy, the White Walkers.

Also Read: “Game of Thrones” Season 7, Trailer 2 Breakdown: Who is the Lone Wolf in GoT?

A lot of new things will happen, characters will die, and many new plot twists are expected in Game of Thrones Season 7. So, in honor of GOT Season 7, here are seven major theories conjectured by fans.

In Season 6, fans were thrilled when it was revealed that the R+L=J theory is true. Rhaegar Targaryen and Lyanna Stark are Jon Snow’s parents. But will he learn the truth this season? It is possible. In one of the two official trailers, we see Jon Snow standing in the crypts of Winterfell, where Lyanna Stark is buried. Could this be a coincidence? Or has he learned who his mother is?

Separated since the first season, the Stark children will (hopefully) be reunited in Season 7. Last season, Sansa and Jon found each other and could not hide how relieved they were to see each other alive. And now, with Arya heading home, there could very well be another Stark reunion this season. We just need Bran to make it back to Winterfell by the end of Season 7 for the family to be back together again!

Oh, this one will definitely tear you up! As we know, Arya is on her way back home, and we have not seen her direwolf, Nymeria since the young Stark chased her away in Kings Landing to protect her. Where Nymeria ended up, is anyone’s guess. But if the two happen to reunite this season, that would be one of the most emotional, heart-wrenching scenes in GOT history!

#4. Tyrion Lannister is a Targaryen

WHAT!? Okay, Settle down…we aren’t sure yet. Theories of Tyrion Lannister as one of the three heads of the dragon is rife. Now, they say that only a Targaryen can ride a dragon. So, for Tyrion Lannister to mount one, he must be a Targaryen, right? Fans are taking this one step further with a theory saying that the Mad King, Aerys Targaryen, had an affair Joanna Lannister, Tyrion’s mom! Is that the reason why Tywin Lannister despised Tyrion so much? Well, only time can tell. But if the rumor is true, then we might know who the third dragon rider is!

#5. The Wedding of Ice and Fire

All GOT fans will rejoice if Jon Snow and Daenerys Targaryen wed in the upcoming season. Fans have been wishing for the two get married for a long time now, and the theory possibly may come true as both parties need to form an alliance to fight against their common enemies. Yes, we know that they are technically related, but Targaryens typically allow inbreeding to keep the bloodline pure. We know, kinda gross.

#6. Sam Tarly Holds the Key to Everything

Once seen as nothing more than the goofy and scared boy in the Night’s Watch, Samwell Tarly is one of the few dynamic characters on the show. Last season, Sam arrives at the Citadel, looking awed and amazed at its grandeur. We are sure that he will be able to dig up every possible book in the library to learn about the history, secrets, and more about Westeros. He could even stumble upon the ways to kill White Walkers and learn how to make Valyrian steel.

The people of Westeros once feared the Mad King Aerys Targaryen, and now they have to fear Queen Cersei Lannister. The last female Lannister is vindictive and in pain after losing her children. She was always shown protecting her family and now, with nobody left, she is a woman scorned. Sitting on the Iron Throne, overcome with power, she is now inhumane. And let’s not forgot the terror she is capable of causing with Wildfire. On the other hand, Jaime Lannister seems to have mellowed down and is redeeming his character. If he continues this way, we are pretty sure that he will have a clash of opinions with his lover, and sister’s dangerous ambition. So, it’s likely that Jaime Lannister could add Queenslayer to his list of nicknames!