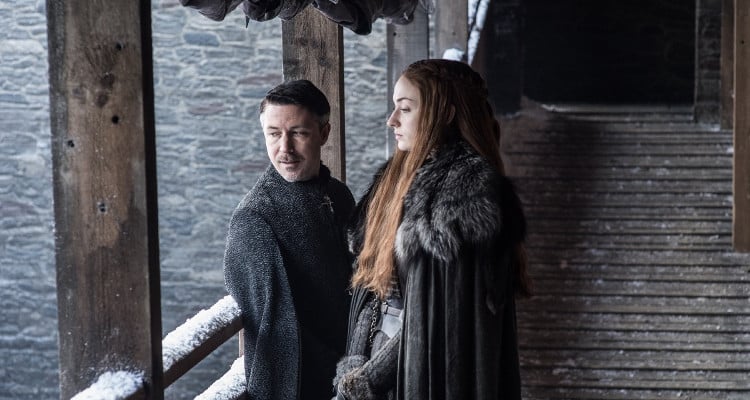 If you did not know, the new Game of Thrones trailer is out. It was not too long ago that people were worrying about the delayed release date of Season 7 of Game of Thrones. Even though we have to wait until July 16 to see the new season, the second second trailer is proof enough that it will be worth the wait!

Season 6 ended with more questions than answers. With Daenerys (Emilia Clarke) making her way to West Westeros, Cersei (Lena Headey) taking her seat on the Iron Throne, and Jon (Kit Harington) officially being named the King of the North, the lead up into Season 7 is almost too much to handle!

The second trailer for Game of Thrones Season 7 was recently released. In it, we got a cryptic quote from Sansa (Sophie Turner) that has people wondering who the lone wolf in Game of Thrones is. If you have already seen the teaser, then you heard Sansa say, “The lone wolf dies but the pack survives.” Who exactly is she talking about? There are many theories circulating online.

The Lone Wolf in Game of Thrones

Since Game of Thrones first aired, the main concern on fans’ minds is the fate of the Stark kids. With the family split up for so long, and the brutal murders of their family members, fans cannot help but want Arya (Maisie Williams) and Bran (Isaac Hempstead Wright) to find Jon and Sansa. With this mysterious quote about the lone wolf in the new Game of Thrones trailer, concern for the remaining Stark kids is high.

“When the snows fall and the white winds blow, the lone wolf dies, but the pack survives,” Sansa says towards the end of the trailer, leaving fans to wonder if she is talking about her family. The first name that comes to mind is Jon Snow. Though we now know that he is half Targaryen, he is still the “lone wolf” of the Stark clan. He was raised as Ned’s (Sean Bean) bastard and joined the Nights Watch to prove that he can be someone. As the now-reigning King of the North, Jon may have accomplished a lot, but he still has a lot of unanswered questions about his parentage.

Jon as the Lone Wolf

The new posters look awesome!!! What did you guys think of the new trailer? Leave your thoughts in comments! • • • My Opinion: Loved the new trailer!!! I don't think it was better than the first one. But it was just awesome, and I loved the new footage we got. Especially of the ones with White Walkers, and the ones beyond the wall. I just need season 7 right fucking now!!!!! ?? • • • Btw, I forgot to tell you guys, that I'm traveling for about 4 weeks. I'm gonna leave home tomorrow, so I won't be able to post as often. Please still send me any thoughts, theories and confessions via DM. I will still try to post as much as I can. And I actually won't be able to see the show until July 17. It's cuz I'm going to be on 16 hour flight on the 16th of July, ugh. But I'll be back home on the 17th and then I get to see the premiere! • • • #gameofthrones #jonsnow #sansastark #aryastark #branstark #daenerystargaryen #tyrionlannister #cerseilannister #jaimelannister #tormundgiantsbane #brienneoftarth #petyrbaelish #theongreyjoy #kitharington #sophieturner #maisiewilliams #isaachempsteadwright #emiliaclarke #peterdinklage #lenaheadey #nikolajcosterwaldau #kristoferhivju #gwendolinechristie #aidangillen #alfieallen

The quote could be a warning for Jon Snow because he always fights for what is right. Sansa’s quote could be a warning for Jon that his actions could eventually lead to his death which would, in turn, leave the remaining Stark children alone. It could also mean that since winter is here, the Starks should stick together if they want to get out alive.

Most theories about Sansa’s quote in the latest Game of Thrones Season 7 trailer hint that she is likely talking about Jon. But, as always, the only way we can really know who she is talking about is by watching the latest season when it airs.

Check out the second Game of Thrones Season 7 trailer below. Who do you think the lone wolf is? Who is Sansa’s warning directed to? Let us know your theories about the lone wolf in the comments below.