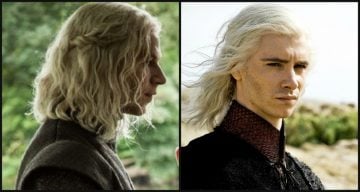 Rhaegar and Viserys Targaryen look alike because they are brothers born to a long line of Targaryen inbreeding. Fans already saw Harry Lloyd as Viserys, but had to wait seven seasons to see Rhaegar. In last night’s finale, we saw Welsh actor Wilf Scolding as Lloyd’s older brother, and fans have nothing but good things to say about the casting decision.

Waiting for the Prince

Welsh actor Wilf Scolding snagged the role of Rhaegar Targaryen and made his debut in the season 7 finale. Scolding is a television and theater actor who has appeared on TV in the miniseries The Passing Bells and the show Six Wives with Lucy Worsley, as well as the film Bees Make Honey. Though he was a relatively unknown actor before, GoT has given him worldwide fame. People were waiting for Rhaegar Targaryen to finally appear on the show and, as he became more integral to many sub plots, could not be more excited to see who plays him.

Influential Even after Death

Rhaegar is Jon Snow’s father and a key player in Robert’s Rebellion. He ran away with Lyanna Stark and, when her father and brother came looking for her, Rhaegar’s father, the Mad King Aerys, burned them alive. It was after this that Lyanna’s betrothed, Robert Baratheon, started the rebellion that made him king. In a fierce battle, Robert slays Rhaegar. But Rhaegar is still an important character, whose actions still raise questions despite the fact that he cannot answer them.

Veteran at a Young Age

“It is never too late for being loved” I’m so sorry for not having been online in these weeks, but my phone was broken :/ #harrylloyd #viserystargaryen #gameofthrones #got #daenerystargaryen #targaryen #viserys #daenerys #acting

English actor Harry Lloyd played Viserys Targaryen, the younger brother of Rhaegar Targaryen. Lloyd is known for playing Will Scarlet in the 2006 BBC drama Robin Hood, Jeremy Baines in Doctor Who, and his appearance in shows like David Copperfield, Goodbye Mr. Chips, Vital Signs, Great Expectations, Manhattan, and Marcella. He was also in several films like Jane Eyre, The Iron Lady, The Theory of Everything, Narcopolis, and Anthropoid. Lloyd was also seen in stage productions of Kiss of the Spider Woman, The Comedy of Errors, A View from the Bridge, and Notes from Underground.

Black Sheep of the Family

Viserys Targaryen is the middle child and younger son of The Mad King, Aerys II Targaryen, and his sister/wife Rhaella Targaryen. The reason why Rhaegar and Viserys look alike is that they are brothers who share the same blood from both sides of their family. However, that is where their similarities end. Unlike Rhaegar, Viserys was arrogant, cruel, and ambitious with violent mood swings. He only cared for himself and looked down on others, including his sister Daenerys, whom he sold to the powerful Dothraki warlord Khal Drogo when he needed an army on his quest to claim the Iron Throne.

The eighth and final season of GoT will most likely be completed towards the middle of 2018, or even 2019. The scripts are ready and shooting for the six feature length episodes will likely begin in October. Though it is likely that we will see Rhaegar, Viserys Targaryen will likely be there in spirit, if he is there at all.