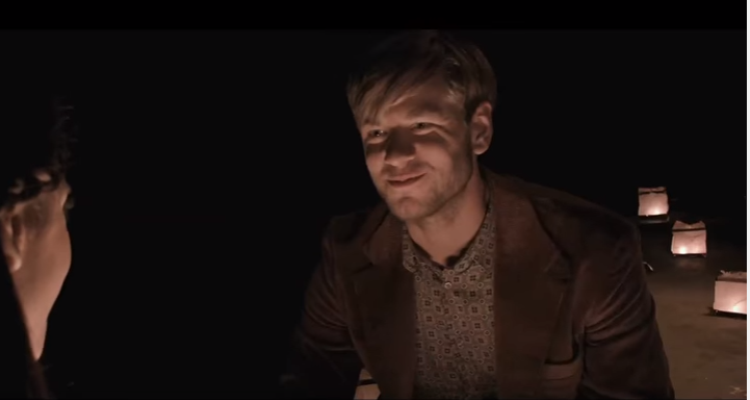 The question of who will play Rhaegar Targaryen in Game of Thrones season 7 was quickly answered by fans, and confirmed in the finale. Welsh actor Wilf Scolding played the Prince of Dragonstone in a brief scene, where he is seen marrying Lyanna Stark.

Game of Thrones fans have wanted to see one character on screen all season, and it only took until the finale to get their wish fulfilled. Who plays Rhaegar Targaryen in season 7? In the GoT season 7 finale, fans got to see the actor who plays Rhaegar Targaryen, Wilf Scoldin. Even though it was quick, people got a glimpse of the actor’s talent and suitability for the role. Scolding is seen as Rhaegar Targaryen in a scene where he marries Lyanna Stark. His role connects several sub-plots and answers the question of whether Jon Snow is a rightful heir to the Iron Throne. We have more about Wilf Scolding and his character, so watch out for some Game of Thrones spoilers!

Who is Rhaegar Targaryen?

Prince Rhaegar Targaryen was the eldest son and heir of King Aerys II Targaryen, and was the Prince of Dragonstone. He was the elder brother of Viserys and Daenerys Targaryen, and the husband of Elia Martell, a distant cousin with whom he had two children, Rhaenys and Aegon Targaryen. However, he annulled his marriage to Elia, and he secretly married Lyanna Stark with whom he has a child, Jon Snow. The parentage of Jon is kept a secret, and he is raised by Lyanna’s brother, Eddard Stark as his bastard to protect him from the enemies of House Targaryen. Rhaegar was the assumed instigator of Robert’s Rebellion after allegedly kidnapping Lyanna, Lord Robert Baratheon’s betrothed.

There has been speculation for a while about who will play Rhaegar Targaryen. Several names were mentioned, and the list was finally narrowed down to two people: Wilf Scolding and Devin Oliver. HBO kept fans guessing, but it was quickly revealed that Scolding won the part. It was only in the GoT season 7 finale that audiences got to see the actor who played Rhaegar Targaryen, and agreed he was the perfect choice. Scolding has done some work on TV and theater, as well as acted in shows like Put Down, The Passing Bells, and Bees Make Honey. Though he gained some fame in Wales, his appearance as Rhaegar Targaryen in GoT  gave him instant worldwide fame. Only in Game of Thrones can a small cameo be a game changer for an actor’s career!