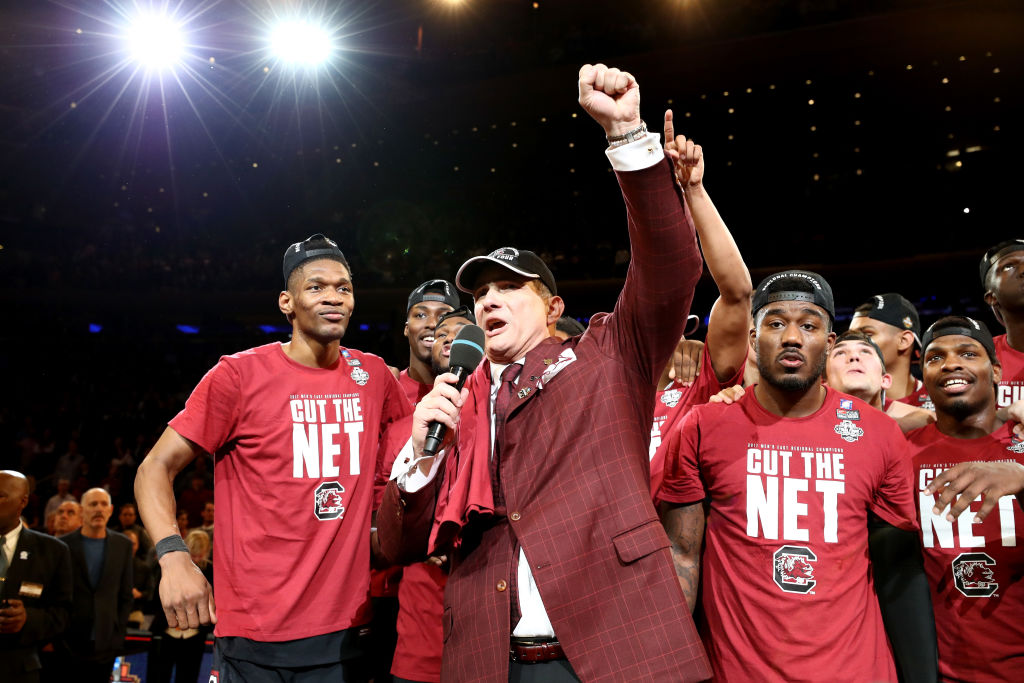 Every once and a while, dreams do come true and that day has finally come for University of South Carolina’s, Coach Frank Martin. The University’s men’s basketball team has made it to the Final Four and it’s shocking to everyone, except those who knew about the coach’s undeniable work ethic. Whether you’ve been looking up Frank Martin’s salary or Frank Martin’s family, we have what you need to know in our Frank Martin wiki!

Success rarely comes alone and whether it was Frank Martin’s mother or his series of odd jobs that helped build his character, Martin has always had someone in his corner. His dedication and hard work ethic has certainly helped his coaching career.

Francisco Jose “Frank” Martin, 51, was the child of Cuban exiles. He was born on March 23, 1966, and grew up in Miami Florida. His father left his mother, Lordes, and since he wanted to provide for his family, Frank (who was 12 at the time) got a job at a Dairy Queen.

“Leaves her, never gives her a penny, she never takes him to court,” Martin said. “Doesn’t make excuses. Worked on a salary as a secretary. Raised my sister and I. We’d go to Wendy’s or Burger King every two Fridays, that was our family meal. She gave me the courage to try and do this for a living. Every time I’m in a difficult moment and I got to make a choice and do right or do wrong — I made her cry one time when I was a teenager because I made the wrong choice. I’m never making her cry again for making the wrong choice.”

He went on to graduate from Florida International University with a Bachelor’s degree in physical education and in 1992, he decided to become a full-time basketball coach, following an injury he sustained while working as a bouncer at a night club.

He eventually moved up the ranks in his coaching career, and from 2000 to 2004, he became the assistant coach/recruiting coordinator at Northeastern University. Before accepting the position as head coach for South Carolina, he was the head coach at Kansas State. 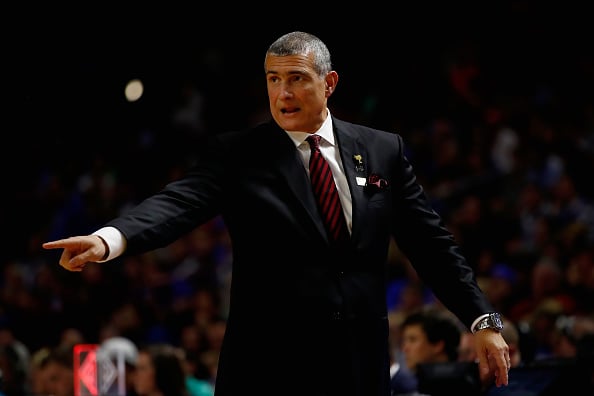 Although he grew up without a father, he wasn’t alone. Martin grew up with more than enough loving family members to keep him on the right path.

“[My mom], my grandmother and my uncle fought through, I can’t say it any other way: they fought their asses off to give me a chance to move forward,” Martin said as reporters began to encircle on the floor at the Garden. “She’s the strongest woman I’ve ever been around. I’ve got incredible people in my life. My mom, my uncle, they fought to keep me out of trouble.”

Frank’s is married to his devoted wife, Anya, but they didn’t get off to the best start. Frank had asked her out seven times, before she said yes! Some might call that harassment, while others call that persistence.

“My wife turned me down seven times to go out on a date,” he said to CBS. “Seven. Seven. And the day she made the mistake of going out on a date with me, I never let her go.”

Martin’s net worth is $2.45 million but when it comes to the beginning of Frank Marin’s coaching career, it wasn’t always this glamorous. He certainly never started off where he is today. He worked as a dishwasher, a bouncer, and a teacher at Miami Senior High. He earned his teaching degree in 1993 and instead of teaching a class, he went on to teach a team at Northeastern, where he took less money ($28,000) so he could get his foot in the door in collegiate coaching. After a long road of obstacles and setbacks, Martin made his dream come true and there’s no sign of him slowing down now. 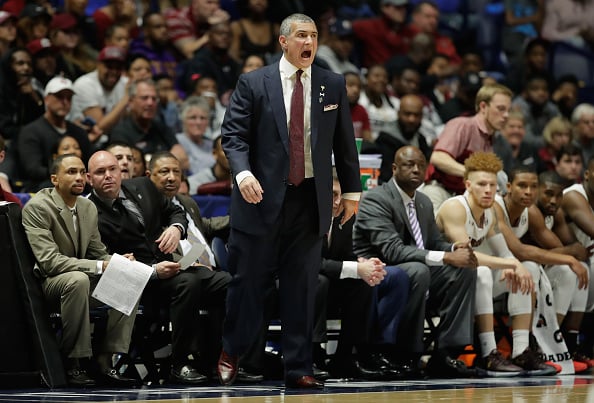 Frank Martin’s quotes are the kind of inspiration you need and not just in the morning. Win or lose, he always has some choice words for the boys on his team. He stresses to his team what’s necessary in order to win, in life and on the court, and his words are truly inspiring.

“You’ve heard me say this before: In life, you get what you deserve. You’ve got to invest yourself to be good, and we’ve got guys who don’t comprehend that. They put in the time when I make them put in the time, but they don’t put in the time for the love of the game. Until that changes, it ain’t going to get any better.”

It’s quotes like this one that makes him the kind of coach these budding athletes need and deserve. His net worth may have just gotten an increase as a coach, and after the road he’s had, we can agree it’s well deserved!