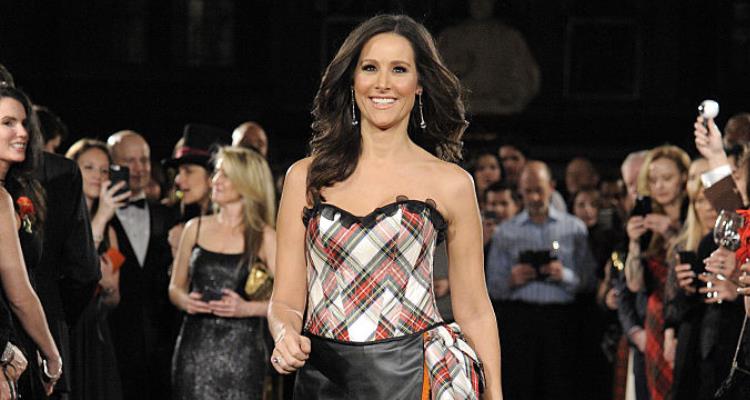 Who is Fox News’ Lea Gabrielle? You may have noticed her on TV as a correspondent but she’s actually not your typical news anchor! For more details, here a look at our Lea Gabrielle wiki.

She Was a Fighter Pilot!

Lea Gabrielle’s age is 42 and she was born Lea Gabrielle Potts in Alexandria, Virginia, in 1975. She graduated the United States Naval Academy in 1997 and served for over a decade as a fighter pilot of the single F/A-18 jet!

“There is nothing in the world like walking up to an F/A-18 Hornet with your name on the side, climbing up, strapping yourself in, lighting the afterburners, and launching solo into the sky in one of the most powerful jets on earth,” said Gabrielle in an interview with Sofrep.com. “There’s nothing like being trusted by our country with one of their most important pieces of military equipment, carrying weapons that can change the calculus of the world in an instant. There’s nothing like the camaraderie of training with friends for years, then meeting them side-by-side in your jets over places like Afghanistan, or being there to protect other brothers and sisters on the ground, and to make a difference in an uncertain world.”

Gabrielle was married to Gregg Sutton, who was a system engineer at the Johns Hopkins University, but now works as a Naval Officer. Not much is known about their marriage but we do know that they eventually divorced. She used her married name when she was a military reporter in Washington, D.C. in 2011.

After leaving her military life behind, Gabrielle moved to New York City, where she received her certificate in digital journalism from the New York Film Academy. After working a series of positions for NBC, she officially joined Fox News in 2013 as a correspondent.

“As a correspondent, I am not there to achieve an objective like in the military, I’m there to be objective: to observe and report honestly,” she said to Sofrep.com on the difference between being the story and reporting on one. “Mistakes are not as catastrophic in a life-or-death sense, but they are when it comes to my reputation as a journalist. It is a very different environment, but nonetheless a truly demanding and personally rewarding experience.”

She added, “I was always an operator in the military, so when I’m reporting on our young men and women going into harm’s way, I naturally want to be there with them. I can no longer do that, but I am so grateful for the young patriots who are willing to do our nation’s bidding to keep us safe here at home.  It’s an honor to be able to report on the work they do to protect us.”

A post shared by UltimateFashionChampionship (@ultimatefashionchampionship) on Dec 22, 2015 at 9:12am PST

Gabrielle joined the U.S. Navy when she was 18 and was groomed to wash the makeup of her “stinkin’ face.” Now that she’s a civilian again, she’s able to wear a dress instead of a jumpsuit and heels instead of boots. All while not dealing with helmet hair!

“Now, as a reporter and frequent anchor for Fox News, I wear a different kind of uniform—usually a brightly colored dress—and instead of avoiding helmet head, I try to avoid having helmet hair,” she said to Allure. “One of my favorite products is Make Up For Ever HD Foundation. It goes on very light but gives the full coverage we need for the lights and cameras while still looking natural in person. I think glossy lips and thick lashes look great on television. If you want a secret weapon for your eyes, pop on a few Ardell DuraLash individual lashes to add a little extra drama.”

You won’t have much luck finding Lea Gabrielle’s Instagram but if you’re looking for Lea Gabrielle’s pics, then you can head over to her Twitter account or search online, you’ll be able to find quite a few good ones! (It’s hard not to when you look that good!)