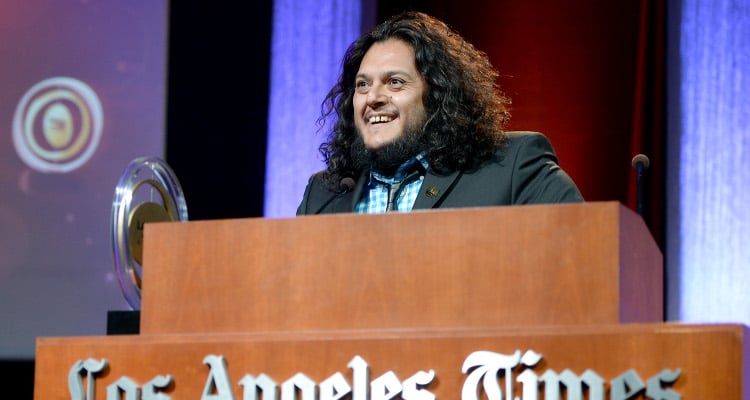 Felipe Esparza is an outstanding comedian known widely for his stint on the Last Comic Standing reality TV show, as he won the comic contest in 2010. But now the comedian is busy with his latest show Felipe Esparza: Translate This, and it looks like the show has received some good traction since the premiere on September 20, 2017.

Read on to know everything about the comedian, including Felipe Esparza’s net worth of $3.0 million.

Felipe Esparza became a comedian after he chose to leave behind his sour past. Esparza’s journey is inspiring and will make you want to rethink many things in your life too.

Esparza’s new show is all about the candid life of the comedian, and he shares snippets of it in his acts. Read on to know seven facts about Felipe Esparza that no one knows.

#1. His Parents Immigrated from Mexico

Felipe Esparza was born on June 11, 1976, in Mexico. The Esparza family moved to the USA when Felipe was a kid. His father had moved to the States before the family, and the Mexico born American comedian moved with his mother and little brother later. Felipe is the oldest child among seven Esparza children, and three kids were born in Mexico while the rest of them were born in the USA.

#2. Esparza’s Parents Were the Inspiration for Translate This

The show that began just a couple of weeks ago is based on how Esparza, as a child, would help translate things for his parents. He was a wee child of only four when he was asked to begin translating every document.

And as Esparza puts it, he was he was “filling out immigration forms before homework.” He was the only one among all the kids who had to do it because they were all too young at the time.

Esparza wanted to be a comedian ever since his teen years. He was in his 6th or 7th grade when he first was turned on to Bill Cosby by a friend, and it was then that he realized he could do comedy as well.

But at the time, he was a lost teen with nobody to guide him, and things went downhill for him fast. Before he knew it, Esparza was doing drugs and was a dealer, too. He would abuse whatever drugs they gave him to sell.

He became an addict in dire need of help. And, the gang he had joined put him in debt.

Esparza was at his is lowest during high school. On top of the drugs and debt, he also became a father in his teens.

He faced many school bullies in his formative years, and they would make fun of his thick accent, among other things. Esparza would say something funny to them just so that he can be left alone, and his humor would go viral in school.

It wasn’t all fun and games for Felipe Esparza. He would sell drugs to his baby mama’s husband, and the money he made from it would pay for her child support.

Esparza went to rehab in his early 20s, and it was his mother who made him go. He was smoking PCP, and one day he got into a brawl with a gang member.

#Throwback to a lifetime ago when I used to tour with Fluffy & Mando aka #SexyBitch. Just call me #ChocoMil. #TBT

Esparza said about the incident, “I bit half his ear off. I sent that guy to the hospital and he was almost dead. The cops asked who did it and he didn’t rat me out.”

He was scared for his life as word was on the street that he was going to get murdered. Esparza said, “I was scared and didn’t know what to do. I was walking around with a loaded .38 pistol for a long time. I wasn’t ready to shoot nobody, but someone loaned it to me.”

#5. Esparza Was Guided out of Addiction

It was a Catholic church member (not priest) who guided Esparza to look at the positive side of life. While Esparza was in rehab, the counselor who was an ex-alcoholic himself, told all the people in the rehab to write down their goals in life. This is when Felipe Esparza wrote “comedian” in the number one spot.

With this purpose in life, Esparza decided that no matter what, he will achieve a comic standing after rehab.

After he made the right decision to leave his bad past behind, Esparza went to a library to find books on comedy writing. It was a difficult thing to find at the time.

Esparza said, “I found one by Steve Allen and another by a guy who used to write for Johnny Carson named Gene Perret. I read those books, took notes, read more books, books on sketch writing, checked out VHS tapes of all the greats. I picked up an LA Weekly one day and saw Open Mic.”

His first open mic night was a fashion disaster as he wore tennis shoes, a sports jacket, and a shirt to the stage. He ended up making fun of the audience.

#7. Esparza and His Wife Work on His Show

Felipe Esparza’s wife, Lesa O’Daniel, is the executive producer of his show Translate This. It is reported that she was the one to come up with the name.

Esparza had planned to call the show Bad Hombre, but O’Daniel later suggested that he should call the show Translate This since he was talking about translating things for his parents.

#throwback to 7 years ago when I got to fulfill a lifelong dream to throw out the #firstpitch at @Dodgers stadium… then I ended up throwing bouncies. Go search for the video on YouTube. #Doyers #LastComicStanding #ITFDB #TBT #MLBmemorybank #FelipeEsparza

Esparza has four children, three of which are with his current wife. He has made a strong career out of his comic timing, and winning Last Comic Standing was a life changer for him.

Felipe Esparza’s net worth is estimated at $3.0 million, and we think this number will steadily rise in the future.