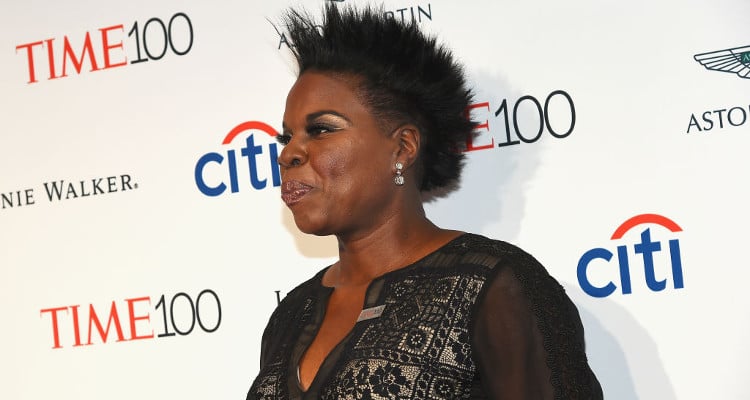 Leslie Jones’ résumé continues to expand. After making a mark as a standup comedian and an actress, she’s now set for her first hosting gig. How rich is Leslie Jones? She banks a net worth of $5.0 million.

Are you ready for the BET Awards 2017? It’s going to be funny woman, Leslie Jones’ first hosting gig. Who is Leslie Jones? The comedian is best known for her work on Saturday Night Live and Ghostbusters’ all-female reboot. She initially struggled in her career but has hit it big with SNL. How rich is Leslie Jones? In her comedic career, she has earned a net worth of $5.0 million. Here’s a look at how far she has come in her career with Leslie Jones’ net worth.

How Does Jones Stack Up to the SNL Cast?

Jones has earned a net worth of $5.0 million in her career. She has been in the industry since 1996 having done small roles on TV and other work in short films. With her breakthrough on SNL she became a well-known face. She even got her first major role in a movie with Chris Rock’s directorial debut, Top Five. Her most recent big screen appearance was in the all-female reboot of Ghostbusters. She had a small role in Trainwreck after, impressed by her skills, Judd Apatow and Amy Schumer wrote the part just for her.

Jones is relatively new on SNL but it is well on her way to becoming a star. She still has ways to go before she can compare to the SNL’s veteran cast like Will Ferrell, Chris Rock, Dan Aykroyd, or Mike Myers.

Also Read: Who is Will Arnett? Wiki, Wife, Net Worth, “The Gong Show” & 5 Facts to Know

Before becoming a writer for the show, she had a brief disagreement with Kenan Thompson, who has a net worth of $9.0 million, about the lack of black women on SNL. Cecily Strong, who joined two years before Jones, has a net worth of $1.0 million while Kyle Mooney has $600,000. Here’s how Jones compares to the current players in SNL.

Where is Leslie Jones From?

Annette Leslie Jones is from Memphis, Tennessee but has frequently moved because of her father, Junebug’s job in the U.S. Army. Her family moved to LA where Junebug took a job at Stevie Wonder’s radio station, KJLH as an electronics engineer. Jones played basketball in a high school in LA at the suggestion of her father since she was 6’0 tall.

She went to Chapman University on a basketball scholarship and later transferred to Colorado State University. She wanted to be a lawyer but changed her mind (and her major) a few times. Jones took business accounting and computer science before ending up majoring in communications. She also became a radio DJ in college.

Jones was contemplating a career in basketball when she found her calling in standup. She began her standup career in 1987 during college, and won the Funniest Person on Campus contest, soon moving to LA for her career. It was tough to book prime gigs to make ends meet and she felt as though she was getting sidelined as a female comedian.

She went to the Comedy Store (where Robin Williams and David Letterman got their start) where she performed at odd hours. “I went to the booker and I threw the race card at him. ‘Why you won’t let me go up at ten on a Friday? ’Cause I’m black?’” she told him and the booker gave her a prime-time slot which, obviously, she killed. Chris Rock saw her perform there and pitched her to SNL creator Lorne Michaels.

Hope You Guys Got To Catch Me On Last. Night on Conan! @teamcoco Styled BY! @bmcstylez

Landing an SNL audition isn’t easy. The show was doing a casting call to add at least one African-American woman to the show, and Jones auditioned, thanks to Rock. But the show hired Sasheer Zamata and hired Jones as a writer instead. One year later, she became a featured player until she was a regular. She was the oldest cast member SNL ever hired.

Working in the same building as Kenan Thompson let her confront him about a comment he made two months before she auditioned. “In auditions, they just never find ones that are ready,” he said about black female performers. To that, Jones said “There’s motherf***in’ three b*****s I can call right now, goddammit, that will fill that spot. Just because you don’t know them, that don’t mean that they don’t f***ing exist.”

When she was featured on SNL she confronted him saying, “I came at him, like, ‘I heard what you said, motherf***er.’ He said, ‘Come in, close the door, let’s talk.’” If you’re wondering how things turned out, they’re best friends now. Thompson clarified his words saying “What I said was that the show hadn’t found the right people. That was true. And at the end of the day Leslie and Sasheer both got jobs, so I’m happy.”

Leslie’s sister, Ta’Rhonda Jones, plays Porscha on Empire. Both faced similar struggles in their career. Ta’Rhonda worked in a nursing home before she landed a role on Empire. Leslie has been a victim of online hate since appearing in Ghostbusters and her website was hacked twice. Celebs like Gabourey Sidibe, Ellen DeGeneres, Hillary Clinton, Katy Perry, and more supported her when she was harassed online.

REHEARSAL BABY!! @he is so awesome @therock

Leslie Jones in the Now

Jones has moved on from the hate she has received. She’s got her first hosting gig with BET Awards 2017. The 49-year-old has had a little trouble in the romance department and she blames it on her height. She’s not married but has an SNL-only romance with Kyle Mooney. Though, she did mention to Conan O’Brien on his show that she’s seeing someone at the moment. However, she’s not saying who the lucky guy is.

There was a time when Jones quit standup for three years after being booed off stage. But she returned with a bang. Her enthusiasm on Twitter as a “superfan” of the 2016 Rio Olympics made her so popular, people wanted to see her on TV. NBC happily obliged by inviting her to their news team covering Rio.

‪When you go to SNL and Leslie pulls out reno plans to review. Haha any other cast renos I can help with? How about a meditation room for Vanessa, karaoke studio for Kenan and a karate dojo for Kate?

Meanwhile, she’s putting her hard-earned money to good use. She owns an apartment in West Elm, New York close to work. The home got some attention for the stylish renovations she did. And she’s also trying to get the famous home makeover gurus, The Property Brothers to work on one of her properties. You know you’ve made it when you can have The Property Brothers revamp your home!