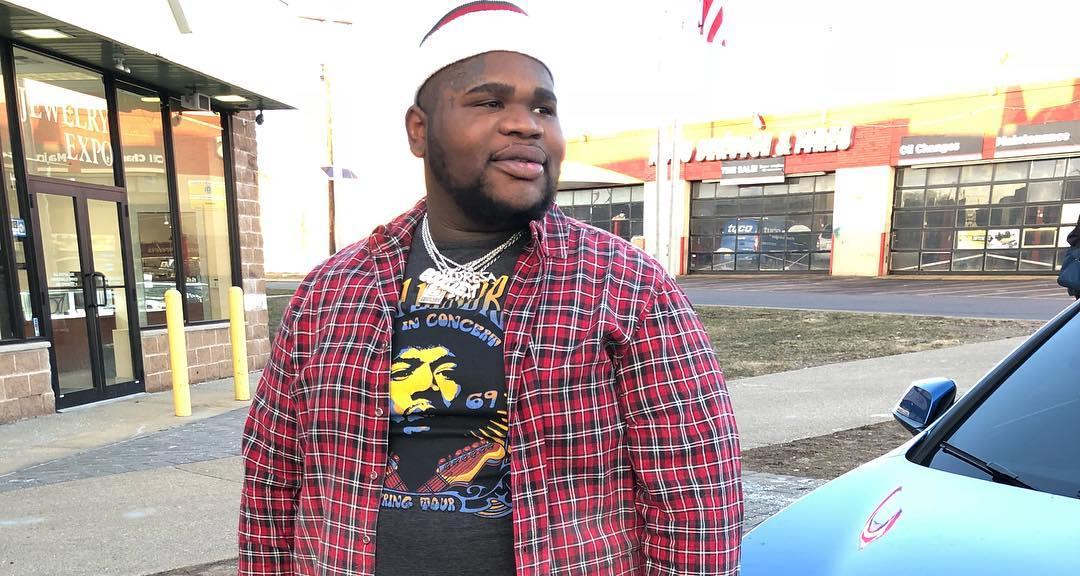 Fatboy SSE Looking Away As His Picture is Being Taken Credits: Instagram/fatboy_sse

American rap artist Fatboy SSE believes that the world can be a better place for everyone if people work towards it by sharing their love for one another. In a new Instagram post, he can be seen giving away money to a woman and getting a hug and her blessings in return. Fatboy SSE’s naivety is touching.

Fatboy SSE is well known for the funny videos he puts out, which make people smile at his antics. The comedian-rapper rose to fame thanks to the short clips he posted on YouTube. His wild brand of comedy amused people, and he quickly became a social media sensation.

Making people happy has always been important for Fatboy SSE. And now that his own dream of becoming a rapper has come true, he wants others to also be in good spirits.

That’s exactly what he is seen doing in an Instagram post dated April 27, 2018, which can be viewed on the Internet.

Giving It Away Now

In the short clip, Fatboy SSE can be seen holding wads of money in his hands. He then hands over some crisp bills to a woman one by one.

The woman is employed as she has a name tag on her chest. She is probably working in the establishment where this clip has been filmed.

Initially, the woman is bemused. But when Fatboy SSE keeps giving her money, she is surprised at his generosity.

She keeps saying, “Thank you, baby,” as she takes each bill. Then she asks him, “Can I get a hug?” to which Fatboy SSE readily agrees.

A Blessing Comes His Way

They hug, and the woman says to him, “God bless you,” and Fatboy SSE says the same to her.

He says, “You are welcome,” and the clip ends as the woman turns away. So, why is Fatboy SSE giving away money to random strangers?

After all, Christmas is a long way off!

Making the World a Better Place

It is all in line with Fatboy SSE’s philosophy of making the world a better place and making sure that people are happy.

He has expressed this sentiment in an Instagram post, where he has written, “MY GOAL EVERYDAY IS TO MAKE THE WORLD SMILE. SHOWING LOVE MAKES THE WORLD A BETTER PLACE. #FATBOYGANG.”

Unlike many people, Fatboy SSE is actually putting his money where his mouth is and showing that his actions back up his sentiments.

By giving away money, he has earned the woman’s blessings and has put a smile on the face of every person who watches Fatboy SSE’s Instagram post. Way to go, Fatboy!

Watch Fatboy SSE’s video of him giving away good money by clicking on the link below:

MY GOAL EVERYDAY IS TO MAKE THE WORLD SMILE ?????? SHOWING LOVE MAKES THE WORLD A BETTER PLACE #FATBOYGANG