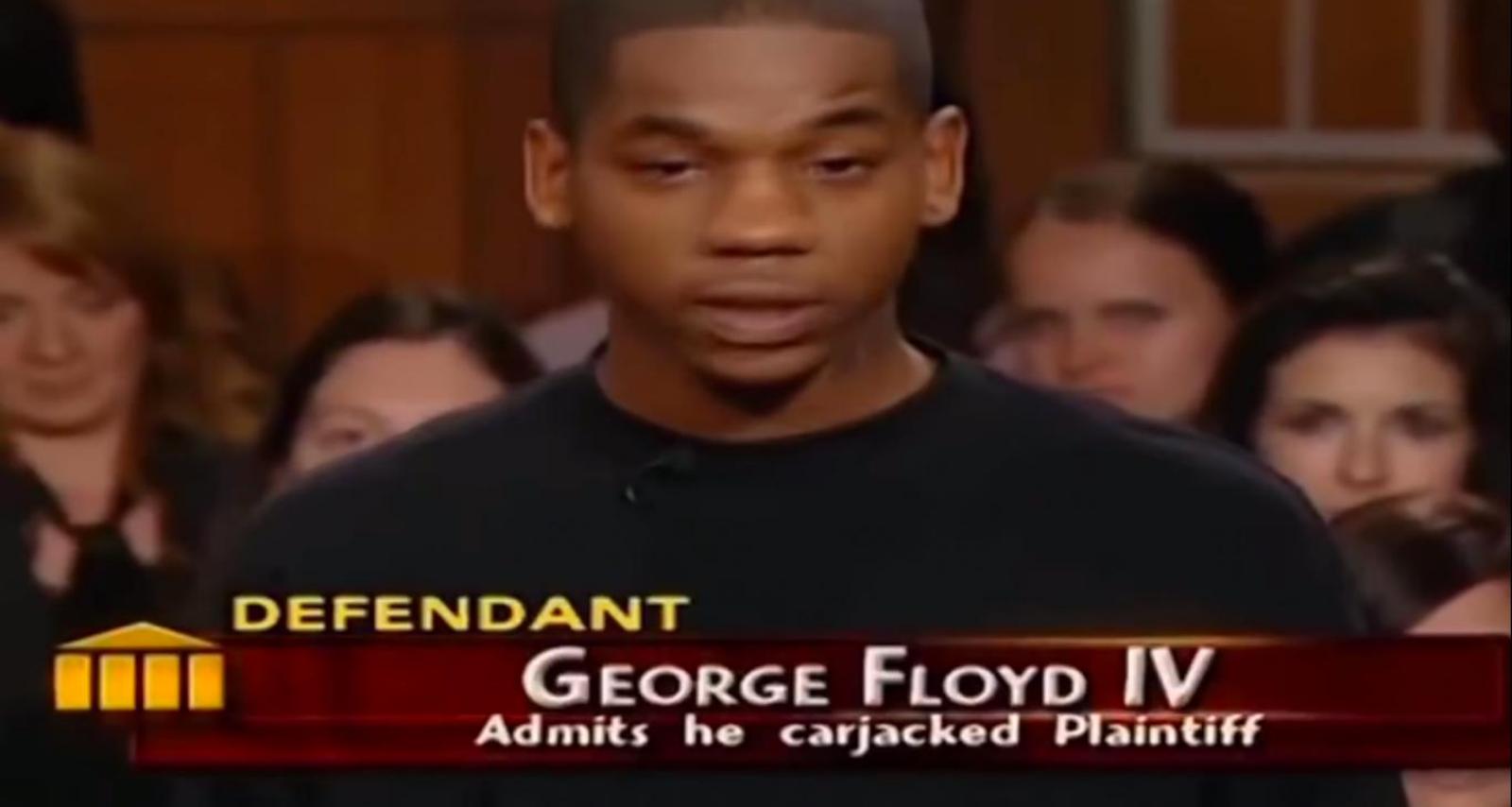 Was George Floyd Ever on Judge Judy?

A claim online along with a screengrab alleges that George Floyd was on Judge Judy for carjacking charges. After his controversial death on May 25, 2020, George Floyd has become a symbol for racial justice all over the world. It’s known that he had a criminal history. However, did his reported criminal past land him on television? Here’s why you should not believe this rumor just yet.

Was George Floyd on Judge Judy?

Clips and screengrabs from an old episode of the hit legal show, Judge Judy, allegedly show a 16-year-old George Floyd IV facing a media trial for carjacking. A woman named Claudette Knights accused the defendent of stealing her car.

The George Floyd seen on the show allegedly wrestled with Knights, stole the car, and got chased by cops. He ended up crashing the car and was arrested. But he claimed he couldn’t pay for the damage, because it was not his car.

The clip is circulating online in an attempt to disparage the protests triggered by Floyd’s death. However, some sharp-sighted social media users have disproved the claim.

Firstly, the reported arrest records of George Floyd found online don’t mention charges related to carjacking. He has been arrested on various charges in the past related to drug possession and armed robbery.

Further, the son of George Perry and Larcenia “Cissy” Jones Floyd is identified as George Floyd Jr. There is no “IV” suffixed to his name.

Social media users also note that the facial features of the 16-year-old Floyd IV on Judge Judy do not match those of Floyd Jr.