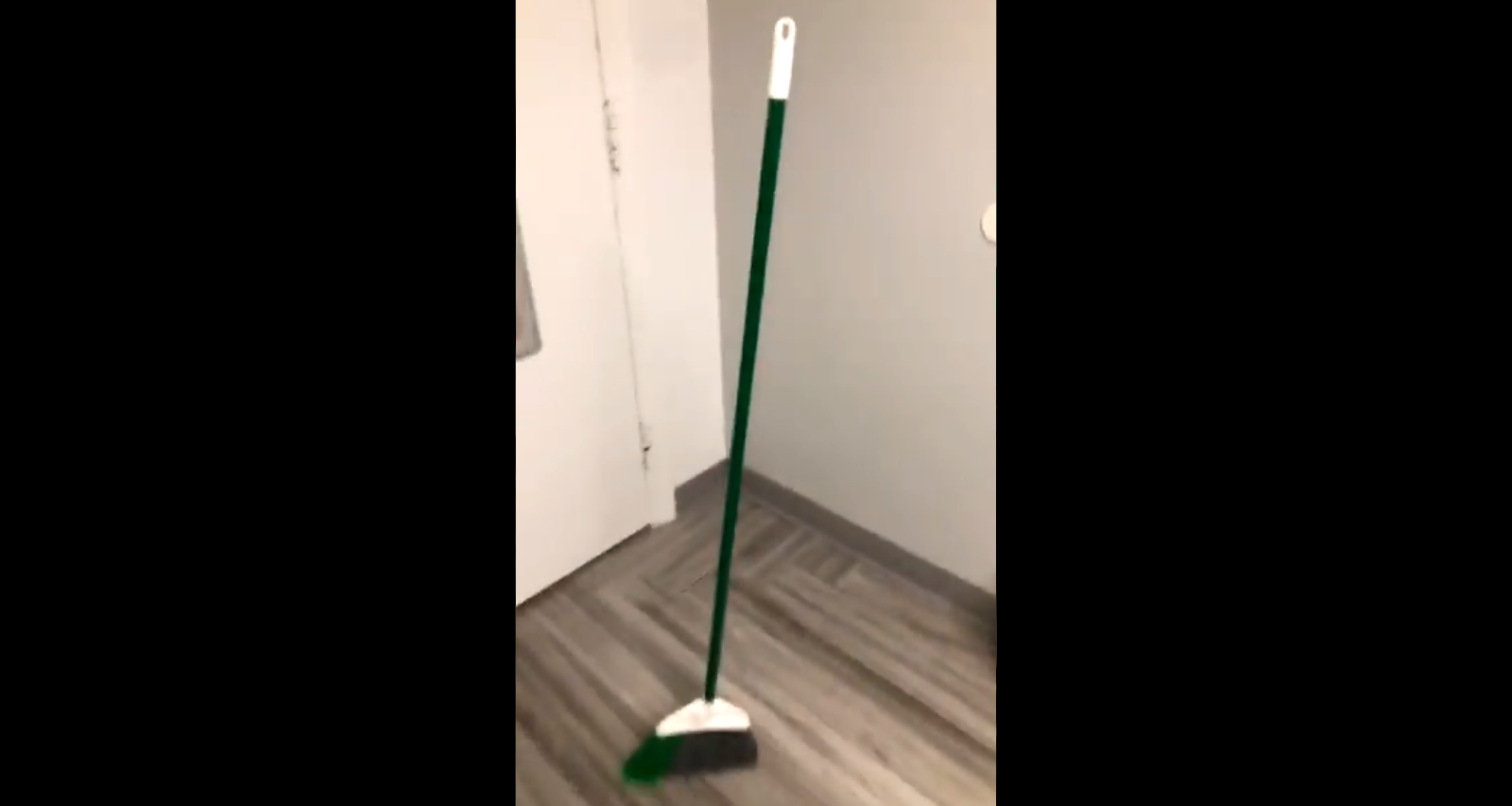 Is the #broomchallenge where the broom stands because of the earth’s gravitational pull real?

2020 has its first big viral craze that’s giving way to a lot of “sweeping” puns. If you haven’t checked your social media feeds yet, we’re talking about the #broomchallenge. As per this challenge, Monday (February 10) was a special day where the earth’s gravitational pull could make a broom stand upright without anything holding it up. And like with any viral challenge, everyday social media users and celebrities alike are posting their own clips and snaps of the #broomchallenge. Now, the real miracle would be if that broom sweeps the room on its own, but Internet users allege that the earth’s gravity really makes it happen. And they argue that it’s a claim made by NASA! But is the earth’s gravity really holding our brooms up on Monday? Let’s just say you need to give your broom more credit.

The #broomchallenge is one of the top trends worldwide on Twitter on February 11, and social media users are going crazy over this phenomenon. The challenge sees social media users post videos and pictures of their regular household broom standing seemingly without anything holding it up.

we had to go test it… pic.twitter.com/DNtkOlLRGd

While the authenticity of these pictures can’t be verified, for the most part, it’s clear that people are successfully making their brooms stand without support and without cheating. However, it’s the magical cause behind this supposed feat that is questionable.

Internet users allege that NASA claimed Monday was a special day where the earth’s gravitational pull could make the brooms stand on their own. And no, it didn’t seem to apply to any other cleaning tool or item similar to the broom.

Terms like “the earth’s tilt,” “the vernal equinox (which is real and happens on March 20-21),” “the earth’s rotation,” and more were thrown into the mix, seemingly making it sound scientifically possible.

While it is not scientifically impossible to make your broom stand upright without any support, NASA is probably bristling (pun intended) at the made-up science.

The Hoax behind the #broomchallenge

The claims about the gravitational pull are not real, and there’s no evidence of NASA claiming anything about it. Some scientists have taken to social media to debunk any false science behind the #broomchallenge, and it’s really very simple.

Monday was no special gravitational phenomenon, unless it magically fixed the Monday Morning Blues. You can make a broom stand on its own any day of the year, at any time of the day, if you know the trick to it.

As some scientific experts have shown in their own social media posts, the center of gravity of a broom is entirely on its bristles. With its low center of gravity, you can make a broom stand by positioning the bristles like the base of a tripod.

Also as some have pointed out, don’t fall for the “earth’s tilt” claim. The tilt of the earth never changes.

#1 Your Broom will do this any day of the year. It has to do with the shape of the bottom, not the Earth.
#2 The Tilt of the earth is always ~23.5° it never changes during the year. The orbit of the Earth around the sun causes Seasons.
#3 Social media makes us do silly stuff. 😊 pic.twitter.com/dqm04IFwPp

And, just to be clear, this isn’t a new phenomenon. If you didn’t have social media in 2012, you missed the original wave of the #broomchallenge where Internet users alleged that the broom would stand upright on March 20 or 21, which was the vernal equinox. It was the same low-center-of-gravity trick then, too.

A couple of years ago, a similar claim took over the Internet where people tried to balance an egg on its base because of the earth’s “gravity and tilt.”