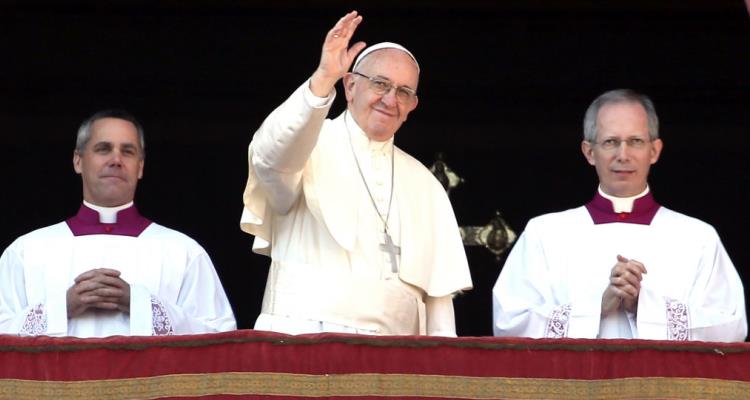 The Pope declared hell does not exist

Did the Pope really say there is no hell? The story spread like rapid fire because of words used by the Pope when discussing hell, but there’s more to the story. For the Pope, news like this isn’t good—especially since the existence of hell is heavily mentioned in Catholicism. When the headlines read “Pope declares no hell,” many can’t help but wonder what’s really going on. Could the claim really be true?

According to La Repubblica co-founder, Eugenio Scalfari, 93, had a meeting with the Pope. In their meeting, the italian journalist and self-proclaimed atheist wrote that Pope Francis denied the existence of hell.

The conversation began with the two talking about the Passion and Creation, when Scalfari reminded the Pope about what happens to good souls. He followed this by asking where the bad souls (sinners) are punished.

Scalfari quoted Pope Francis saying, “They are not punished, those who repent get God’s forgiveness and go among the ranks of the souls who contemplate him, but those who do not repent and can not therefore be forgiven disappear. There is no hell, there is the disappearance of sinful souls.”

While it’s possible that the Pope said, this, it’s unclear what he meant entirely, since there was no follow up question. Scalfari went directly into the politics of it all, without pressing further on what the Pope meant or the possible outcome of his words. According to reports, Scalfari is also known to not use a recording device during his interviews, so it is possible he misheard the Pope entirely.

What Did the Vatican Say?

Naturally, the Vatican responded quickly and addressed the public about the Holy Father’s meeting.

“What is reported by the author in today’s article is the result of his reconstruction, in which the literal words pronounced by the Pope are not quoted. No quotation of the aforementioned article must therefore be considered as a faithful transcription of the words of the Holy Father.”

Is it possible that the Pope was misunderstood? Or does he really not believe in the fire and brimstone version of hell that children have been taught for ages? According to the Vatican, the Pope wasn’t quoted directly and that Scalfari was not only incorrect in his article, but allegedly made it up.

What are the Church’s Teachings?

The Catholic Catechism states that the Church “affirms the existence of hell and its eternity.” This means that right after death, the souls of sinners are sent directly to hell where they suffer. The suffering itself is often described with the torment of fire and the ultimate separation from God.

According to Catholic Herald, in Scalfari’s article, the Pope’s view of souls disappearing after death was popular back in the 19th century. It dated back to the start of Jehovah’s Witnesses, Seven-day Adventists, and Christadelphians.

Archbishop of Canterbury William Temple and Evangelical theologian John Stott are also examples of 20th century clerics who believed in the annihilation of souls rather than their descent into hell.

This isn’t the first time Scalfari has stirred things up with his reports. In 2014, he said Pope Francis claimed that 2% of priests, including cardinals and bishops were pedophiles. Scalfari has also admitted in the past (in 2013 and 2016) that other interviews were based on his memory of conversations, instead of notes or recordings. Certainly easy to mix things up that way, but clearly, he didn’t learn.