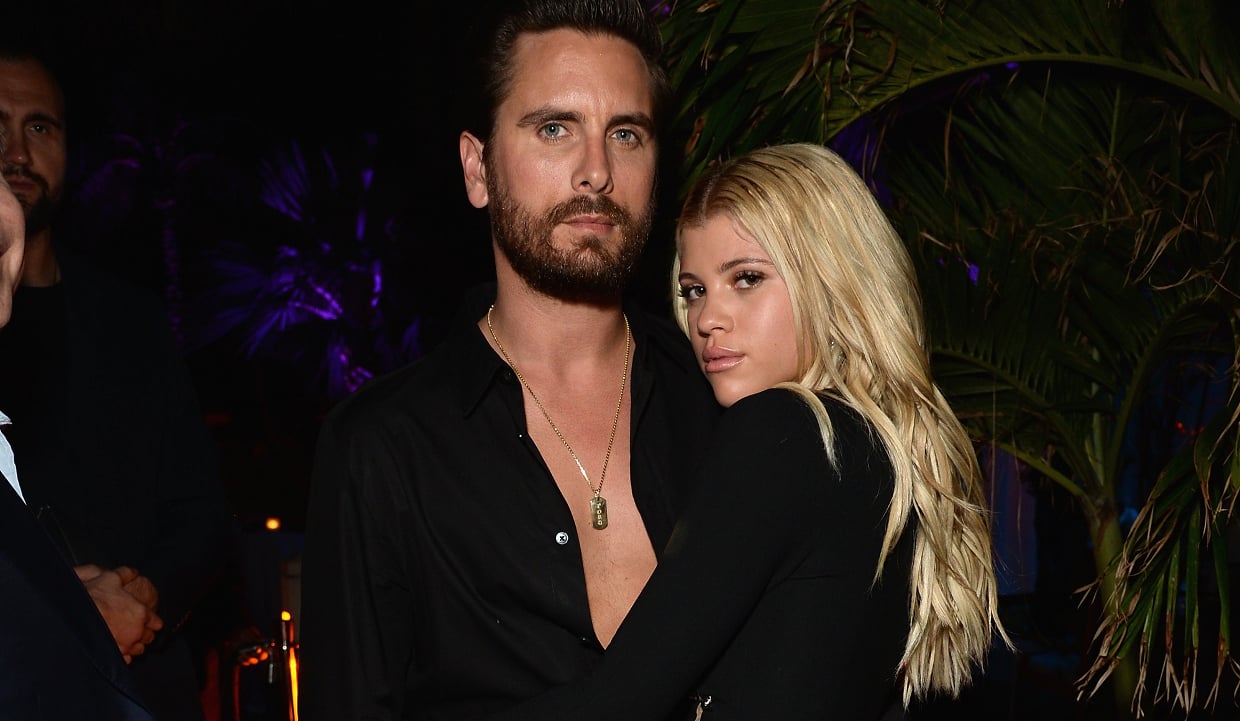 Sources claim that the couple of almost one year, is going through some turbulence in their relationship because Sofia is tired of Scott’s “obsession” with his ex-wife Kourtney!

The rumor that Sofia Richie is “bored” with her relationship with KUWTK star, Scott Disick is totally false. It was spread by HollywoodLife.com, who seem confused as to whose side they’re on! And we have Instagram proof! Furthermore, the duo was recently spotted with Disick’s kids on vacation in Mexico. Does that seem like a boring relationship to you? We don’t think so either!

Are Sofia Richie and Scott Disick Still Together?

According to some sources, the couple is not in their element right now.

The website reported that they have an “exclusive” insider who spilled the beans on Sofia Richie and Scott Disick.

This unidentified insider (who talks on a first name basis, by the way) apparently told them that Sofia is “bored” with her relationship. The website is also reporting that the couple was fighting a lot, and most of those arguments “stem from his ongoing obsession with Kourtney.” But judging by the most recent photos of the two of them, that certainly doesn’t seem to be the case.

On the flip-side, the same website is now cooing about the couple, who are on their vacation in Mexico, and how cool they look as a family now.

The source even dragged Kourtney Kardashian’s name through the mud. They published a story about how she was “furious” with Scott Disick for taking her children out on vacation with his young girlfriend.

There is absolutely no base to the claim. And, no other sources are reporting those claims either.

It was well-known that when Scott Disick started dating Sofia Richie, the Kardashians were totally okay with their relationship. Kourtney Kardashian included!

While there are a lot of haters who are trolling the relationship between Disick and Richie, these two Hollywood lovebirds are working their way through it all.

Sofia Richie, 19, and Scott Disick, 34, began dating in mid-2017. And despite all the backlash (not only by fans), Lionel Richie himself is sticking by his daughter’s newest lover’s side. He may not be in full support, but he respects his daughter enough to let her make her own choices.

“She’s 19, when you’re 19 you know everything. Is it going to be for life? I don’t know. But for right now it’s just a phase and I’m going to stand real still in the corner, get me a good drink and not make too much noise,” Richie said about his daughter dating a man 15 years her senior. 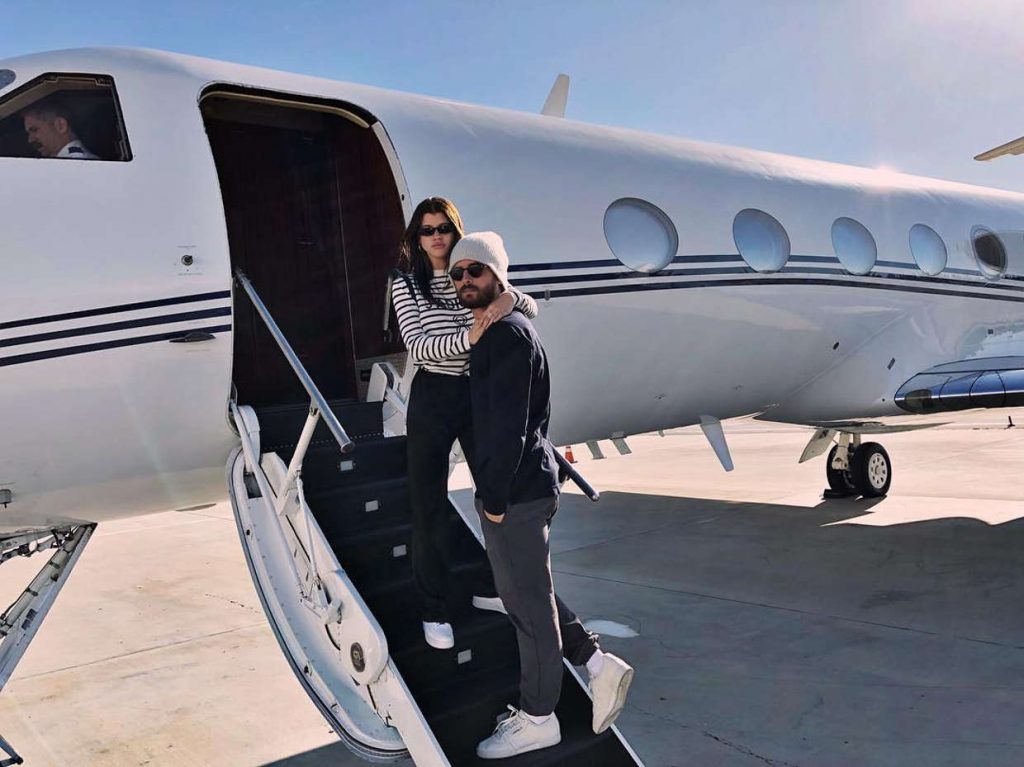 The couple in question seems to be hardly rattled by any of the comments or rumors. And it was reported that Richie proved to be good for Disick.

Disick stopped his erratic behavior since he’s been with Richie. He hasn’t partied too hard and basically seems to have cleaned up his act after she came into his life.

It’s not common to see couples who are not in love do the things Disick and Richie often flaunt on Instagram and other social media accounts.

The couple was recently spotted on vacation in Mexico. And keeping them company were Scott Disick and Kourtney Kardashian’s kids, Mason and Penelope Disick!

#PressPlay #SofiaRichie is spending family time with #ScottDisick and his kids ? (swipe left)

The kids seem to have bonded well with Richie, and being their teen stepmom looks like it’s coming naturally to her! But is she trying to replace Kourtney Kardashian as their new mom? We highly doubt that!

However, we will say that Sofia Richie is looking more and more like Kourtney Kardashian by the day! She’s traded in her blonde locks for dark brown ones… 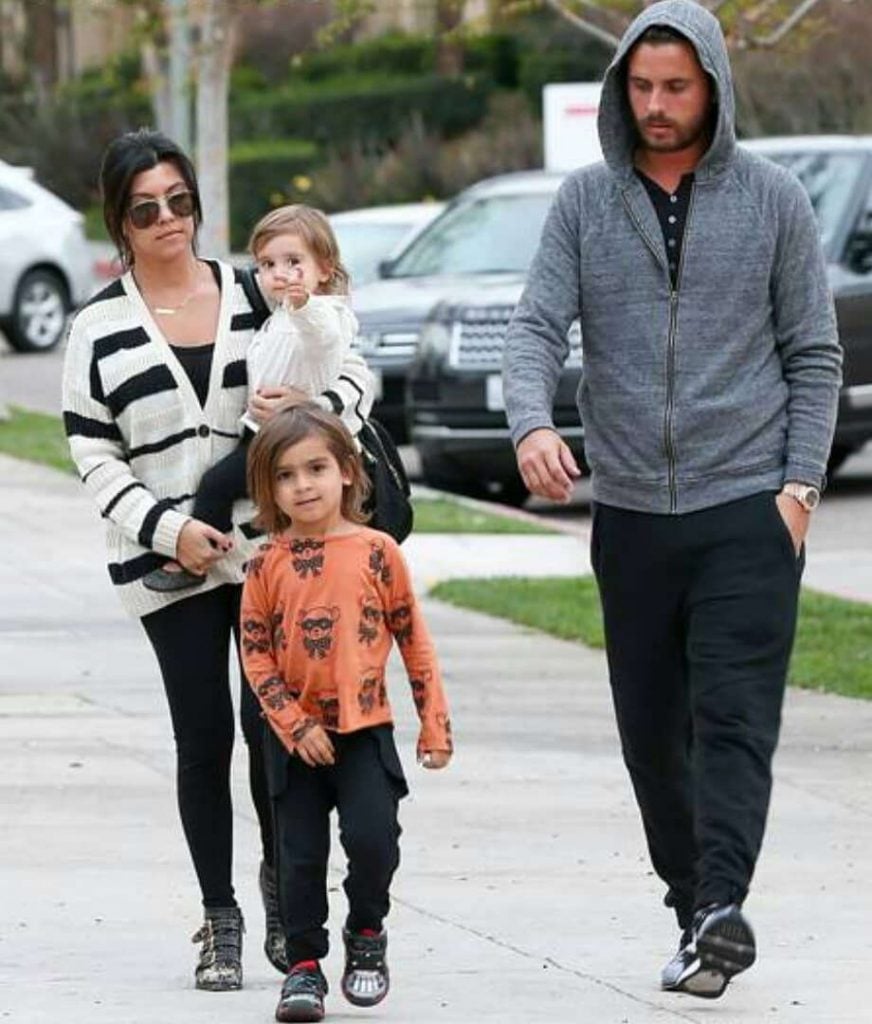 Although haters are hoping that Sofia Richie and Scott Disick split up, they seem to be deeply in love. And, it looks serious!

The couple is seen together hand in hand everywhere they go, be it on vacation or sushi lunch dates. And we think that it’s baseless to say they are anything else by lovers at this point.

But hey, it’s Hollywood, folks. Anything can happen here!

Stay with us for latest updates on Scott Disick and Sofia Richie, and the Kardashians!