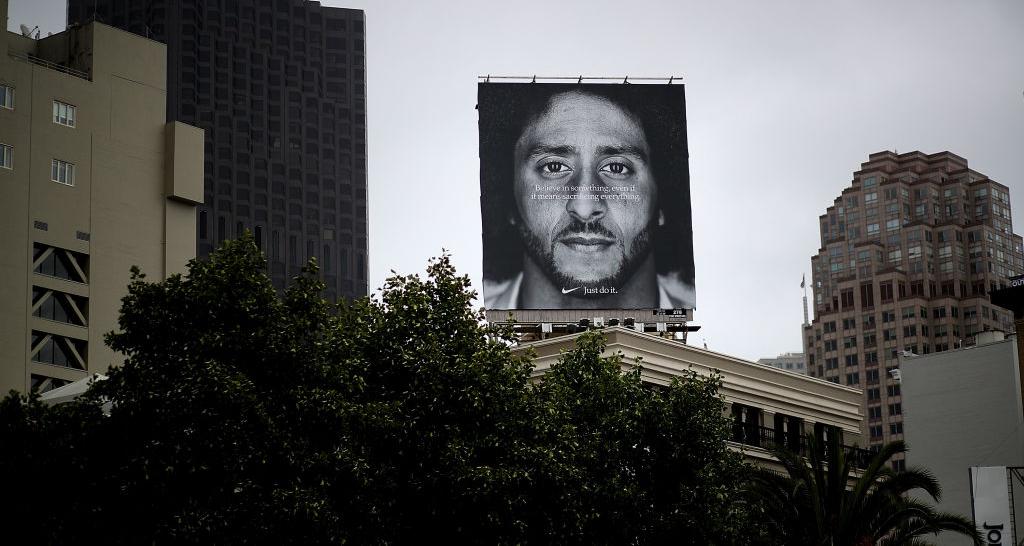 Colin Kaepernick was arrested and lost the contract with Nike.

The raging debate centered around Colin Kaepernick’s Nike ad intensifies. And at such a time, any news about the quarterback might seem believable. Most recently, a report claims that Colin Kaepernick was arrested for barging into an NFL game and screaming “Black Power!” The arrest allegedly led him to get fired from Nike’s ad roster. Was Colin Kaepernick really arrested? We’re calling out this hoax right here.

According to a viral report, Colin Kaepernick supposedly ran into an NFL game in San Francisco during the national anthem. He allegedly attempted to take a knee and scream the words “black power” with a fist in the air.

Kaepernick’s supposed move got him into trouble with authorities and security nabbed him for trespassing. The report went on to say that he was arrested for disorderly conduct and was later released on bail.

While there would be many who would like this to be true, the fact is that Kaepernick was not arrested and this story is completely bogus.

Kaepernick is currently gearing up for a legal battle with the NFL. It would be foolish of him to jeopardize his stand by disrupting an NFL game.

Once again, this piece of news would appeal to Nike detractors. But there’s no question of Kaepernick getting fired when he wasn’t arrested in the first place.

Kaepernick never barged into an NFL game. As such, he wasn’t arrested for any of the charges claimed in latest the report.

The source of this news is “America’s Last Line of Defense,” a website notorious for posting untrue news that antagonizes critics of liberals. Even the interlinked report about Kaepernick’s arrest is from the same site.

America’s Last Line of Defense’s website has a clear disclaimer saying that none of what it posts is true. It’s meant to be taken as satire.

As soon as Nike released Kaepernick’s ad last week, the website had published that the activewear giant had canceled his contract for going on an “anti-white” rant. But that news was untrue, as well.

The report in question alleges that supposed Nike president Charles Carmichael stated that the contract has a “release clause” that would invalidate the deal if Kaepernick was arrested. There’s no evidence to confirm this fact.

Besides, Charles Carmichael is not the president of Nike. That is the name of Zachary Levi’s character in the TV series, Chuck.

Mark Parker is the acting president, CEO, and chairman of Nike. And he hasn’t made any public statement on Kaepernick.

Colin Kaepernick’s Nike deal still stands. So, any claims stating that he was arrested for barging into an NFL game and losing his Nike deal are untrue.