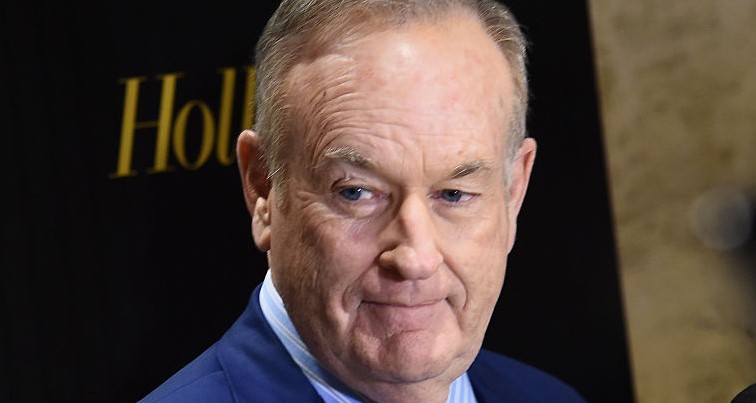 Bill O’Reilly is back in the news for supposedly settling another alleged sexual misconduct charge. O’Reilly’s settlement this time? According to the New York Times, $32.0 million! That is before he extended his contract and was let go due to other allegations. How rich is Bill O’Reilly? What is Bill O’Reilly’s net worth? Though he lost a job, launched his own podcast, and supposedly shelled out millions of dollars to quell possible lawsuits, how much money can he have left? The answer might surprise you.

Life of a Broadcaster

While most of his audience today has only known right-wing mouthpiece, what they may not know is that it was a long journey to get there. O’Reilly worked in a number of cities at a number of stations in Portland, Denver, Boston, Dallas, and CBS in New York as a correspondent. That is where he got his first taste of major fame in 1989 as the host of tabloid journalism show, Inside Edition. Bill O’Reilly initially looked to leave the industry after leaving Inside Edition in 1994 and enrolled at John F. Kennedy School of Government at Harvard University to receive a master’s degree in public administration. But soon, Fox News would come calling and The O’Reilly Factor would be born.

The O’Reilly Factor and Beyond

The O’Reilly Factor became one of the cornerstones of the fledgling Fox News network. O’Reilly made more and more of a name for himself and helped bring Fox News to the forefront of the public consciousness. And for that, he was paid handsomely. Bill O’Reilly’ salary during his last year at Fox News was $25.0 million a year. But this success came with sacrifices and controversy. In 2007, O’Reilly and his wife of 15 years, Maureen divorced. Bill O’Reilly’s ex-wife continues to live in Manhasset, New York where the two raised their children, Madeline and Spencer.

In October of 2004, O’Reilly was in the midst of a lawsuit and countersuit in regards to a former co-worker. He sued Andrea Mackris alleging extortion, while Mackris counter-sued, alleging sexual harassment. Rumors swirled around O’Reilly until 2016, when former Fox host Andrea Tantaros sued for sexual harassment. This would be followed by a 2017 piece by the New York Times dealing allegations that dated back to 2002. On April 19, 2017, he was let go and the partnership between Bill O’Reilly and Fox News was no more.

In the most basic terms, O’Reilly went from one of the top paid broadcasters in North America, raking in $25.0 million a year to being self-employed, writing books, and running his own podcast. That had to affect the amount of money O’Reilly was making, right? Well… no… at least for the time being. Despite divorce, settlements, and what not, O’Reilly still is currently sitting well. Here’s a quick look at the numbers:

As a private individual, O’Reilly isn’t required to release any of his investments but here’s what is known: Before he was let go from Fox News, O’Reilly was under contract with the network. While the sexual harassment allegations forced Fox to let him go, it appears he wasn’t in breach of contract, especially if the latest article from theNew York Times is correct and they knew about the private settlement O’Reilly made, and signed him to a contract extension. Fox would have to buy out O’Reilly’s contract or at least some sort of severance. That severance seems to be reported at approximately $25.0 million, or one year’s salary. While we couldn’t find current numbers for royalties from Bill O’Reilly books, if he made $28.0 million from book sales in 2014, it stands to reason he made a good chunk of money the following years. With everything added up, Bill O’Reilly has a net worth of approximately $85.0 million.

But will he stay at $85.0 million? That’s hard to say. While O’Reilly isn’t a huge spender, he does have bills. Bill O’Reilly’s house is a five bedroom affair bought in 2000 for around $3.0 million. The sexual harassment allegations took their toll. It’s estimated that after the allegations began to spread, he lost over half of his advertisers. That’s a hard thing to get back once that trust is gone. We shall see how O’Reilly fares in the midst of the latest round of allegations.