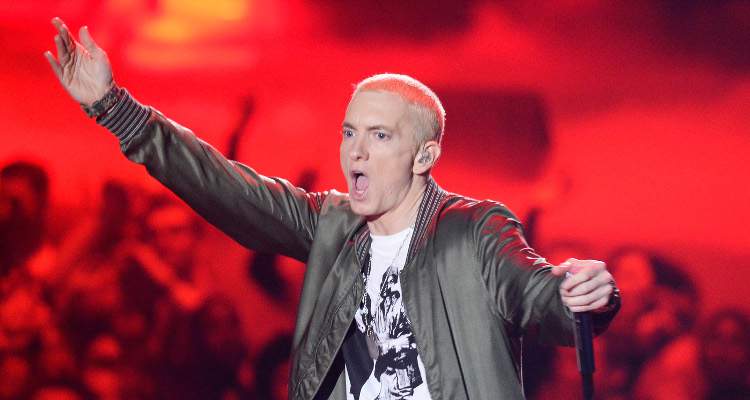 Eminem’s latest album, Revival was leaked online, and listeners’ first reactions are mixed. While some are not fans of the album, others gave it a thumbs up. Fans are also eager to know if the Detroit rapper will tour to promote the album. The last time Eminem delighted fans on stage was in 2014 when he teamed up with Rihanna for a few shows. His agent has confirmed that Eminem will tour in 2018 to support his highly political album.

Eminem is all set to release his first album in four years, Revival, but music pirates beat him to the punch! Eminem’s new album was leaked online on Thursday, December 14, 2017, and received a mix response from the rapper’s numerous fans. While some have absolutely trashed the album, others are giving it high praise. The reactions on Twitter have been pretty extreme both ways. One critic wrote, “Eminem sucks. Should quit rapping now, that whole revival is garbage as f**k; he’s killing hip hop with all that noise he make. [sic] ” Another wrote, “Eminem’s #Revival album is straight trash. #SayGoodbye #Retire.” Some fans came to his defense, with one tweeting, “Every song on this album is a Masterpiece. This album is absolutely incredible. I’m in aw. Stan’s Stand Up! #revival #eminem. [sic]”

Fans are now wondering if Eminem will go on a world tour in 2018 to promote his new album. The last time Eminem toured was in 2014 when he had six dates at three stadiums with Rihanna in her The Monster Tour, which grossed around $36.0 million. Fans are awaiting news about Eminem’s tour dates, hoping the rapper will tour the USA in 2018. Thankfully, Eminem’s agent Cara Lewis confirmed that he will hit the road in 2018 and perform for his millions of fans.

Lewis said, “Eminem will be touring next year on select dates, his first U.S. performances since 2014.” At this time, what those dates are, or whether the rapper will perform outside of the country are unknown. The only thing that is confirmed right now is that he will perform in 2018, so fans can expect to see Eminem’s concert tickets for 2018 on sale soon.

Back to Detroit but I won’t be forgetting the UK anytime soon. More photos on the site, link in bio. PC: @jeremydeputat #mightactuallymovetoscotland #facktrump

Revival is believed to be one of the most political albums of Eminem’s career. He broached several controversial topics like police brutality, the NFL’s ‘Take a Knee’ protests, and Black Lives Matter. The album has 19 tracks in all, including collaborations with class acts like Beyoncé, Ed Sheeran, and Alicia Keys. Fans couldn’t have asked for more from the Detroit rapper, and will be lining up for the album when it is officially released!