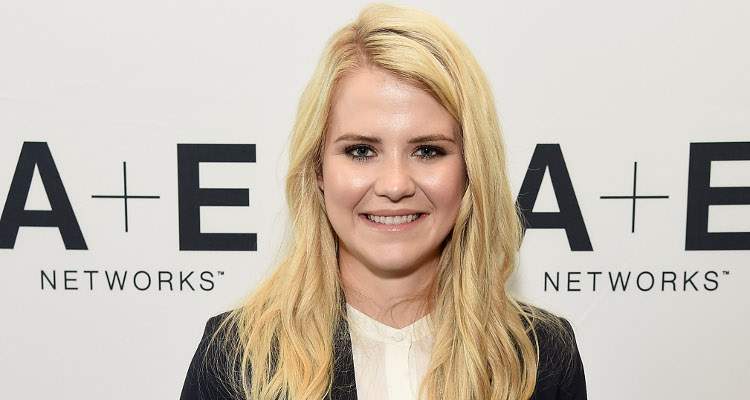 Elizabeth Smart: Autobiography, a two-part documentary, premiered Sunday on A&E. The second part will air November 13. It tells the story about the disappearance of Elizabeth Smart. Fortunately, she was saved by authorities and received justice. And now, years later, she’s happily married with children. If you want to learn more about Elizabeth Smart’s husband, then take a look at our Matthew Gilmour wiki.

After 15 years, Elizabeth Smart’s abduction story has been well documented. She’s used a lot of platforms to convey her ordeal, and various accounts of her story have appeared in film, television, and literature.

It was June 5, 2002, when her entire world changed. She was kidnapped at knifepoint from her bedroom and taken captive by Brian David Mitchell and Wanda Ileen Barzee. On March 12, 2003, police rescued Smart, and it was revealed that the then 14-year-old was raped multiple times a day by her kidnapper.

Now, Smart is happily married to Matthew Gilmour and is sharing her story with millions of people around the world. If you want to know more about Elizabeth Smart’s husband, then keep reading!

Matthew Gilmour’s age is 27 and he is from Aberdeen, Scotland. He is a former Mormon missionary who was born to secondary school music teachers, Kay and Stewart Gilmour. Unfortunately, his father died of cancer in July 2008 at the age of 48. Stewart was a brilliant musician who played the flugelhorn in a brass band. Gilmour has three sisters, Ashlea, Chloe, Bethany, and a brother, Kyle. In 2012, his mother was the head of music at St. Machar Academy.

How Did Elizabeth Smart and Matthew Gilmour Meet?

In 2009, Smart and Gilmour met in Paris, where they served as missionaries. In an interview, Gilmour revealed that he did not know of Smart’s kidnapping adding, “I got to know her as she truly is. The thing that attracted me the most to her — at the beginning and now — is how confident she is, especially considering everything she has been through.”

Smart and Gilmour started as friends, but their friendship blossomed into a romantic one. After she visited him in Scotland, he traveled down to the U.S. to not only meet her family, but to ask their permission to marry her.

He proposed in January 2012, with a sapphire engagement ring on a hillside near Smart’s home. Talking about the proposal, Gilmour said, “I just said very simply, ‘Elizabeth Ann Smart, will you marry me? And then I wasn’t nervous.”

Smart’s family was very excited about their union, with her father saying, “They’ve been very happy together. We’re just thrilled, we’re looking forward to her moving on to this next stage and leading a very happy life.”

On February 18, 2012, Smart and Gilmour walked down the aisle in a ceremony on the north shore of Oahu, Hawaii. According to Smart, “Oahu is a very special place for me, very different than what I’m used to. I guess you could say it was kind of a refuge.”

Ending the day by the fire pit roasting marshmallows #familyvacation

Elizabeth Smart has managed to move on from her horrific kidnapping and is now leading a happy life with her husband and kids. She is a very strong woman who decided not to give up and she has set an excellent example for others. She is very active on social media, especially Instagram. If you want to take a look at some of Matthew Gilmour’s photos, then make sure you follow her on Instagram to get some insight into their happy lives.