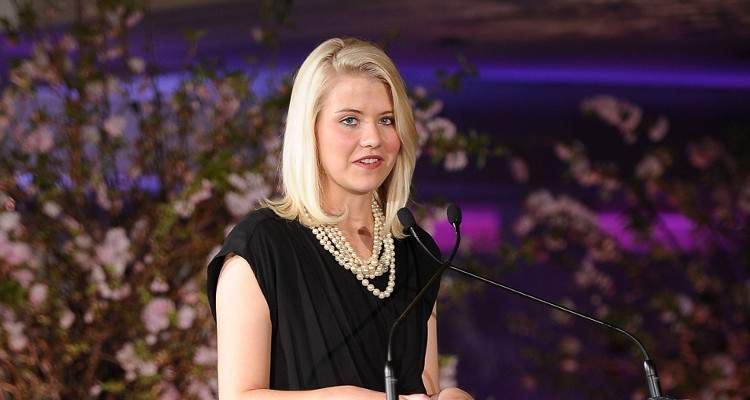 Lifetime will feature a gripping story about a teenager who was kidnapped and tortured in 2002. The TV movie, I Am Elizabeth Smart is based on the real-life incident of the activist. How did Elizabeth Smart escape? Learn all the details about the molestation she endured and how she received justice in our Elizabeth Smart wiki.

Lifetime will release a thrilling movie inspired by the real-life kidnapping and rape of Elizabeth Smart. Keep reading to know more about the unfortunate incident right here.

Who Is Elizabeth Smart?

Elizabeth Ann Smart was born on November 3, 1987, to Lois and Edward Smart in Salt Lake City, Utah. The Smart family consists of six children, and Elizabeth is second oldest.

The family lived in Federal Heights, an impressive neighborhood, where Smart went to Bryant Middle School. She was a regular teenager with aspirations of becoming successful.

Getting ready backstage to present to the Heritage School for Adolescents and treatment center. We so often have no control over what happens to us, we only have control over how we react. It's an honor to be here tonight. #survivors #movingon #nevergivingup #hope #life #miraclesdohappen

On June 4, 2002, the Smart family returned from an award ceremony at Bryant Middle School. Before going to bed, it was reported that Ed and Lois Smart decided not to turn on the alarm because it might have been set off if their children moved. But they were sure to lock the doors.

In the early hours of June 5, 2002, Elizabeth Smart awoke disturbed next to her sister, Mary Katherine, who was nine at the time. When she opened her eyes, there was a knife pointed at her throat. At the other end of the weapon was a man threatening to kill her if she made a noise. Her sister pretended to be asleep, but heard everything.

Mary Katherine revealed that she heard the man tell her sister to go with him quietly so she won’t get hurt. Apparently, she heard her sister ask, “Why are you doing this?” Although his voice was faint, she thought she heard him say “for ransom.”

Once the man led her sister out of the room, she ran to wake her parents, but froze mid-way and went back to bed after nearly bumping into her sister and the man in the hallway.

It was later determined that she remained hidden for at least an hour before going to her parents’ bedroom. When they looked in Elizabeth’s bed thinking Mary Katherine had a nightmare she said, “You’re not going to find her. A man came and took her. He had a knife.”

Her mother then noticed that a screen window downstairs was cut open.

The next morning, Ed and Lois Smart went on TV asking the kidnapper to return their daughter, after which an extensive search for Elizabeth Smart began.

I'm so excited to announce that my second book is going to be released early spring of 2018!!! I have been writing this for the past 18 months, and I have to admit that I'm even more proud of this book then "My Story." I took questions that were commonly asked me when I speak things like, "how have you moved forward?" "Have you forgiven your captors?" "Do you ever feel anger over what's happened to you?" I then interviewed people who I admire, impacted me, or made change in the world, and wrote about my interactions with them, their advice, and my own experiences. It is now available for preorder on amazon!! Yay!!! It is so exciting to see something I've worked so hard on for so long move forward!!!! #wherethereshope #stmartinspress #hope #resilience #anger #movingforward #strength #nevergivingup #people #incrediblestories

The 14-year-old was taken by Bryan David Mitchell. His wife, Wanda Ileen Barzee, was his accomplise. The couple took the frightened teen to a hilly terrain where they set up camp. Barzee was responsible for holding Smart captive there.

She was starved, drugged, tortured, and raped multiple times each day. It was also reported that she was forced into strange religious rituals, with Mitchell calling himself Emmanuel, a prophet of his own Mormon sect.

At the time, the investigation was directed towards another suspect, Richard Ricci, a handyman at the Smart household who served time for a parole violation of an unrelated crime. He denied the kidnapping allegations, and died in prison from a brain hemorrhage.

After Ricci’s death, police had to find a new lead. Despite the 2,000 volunteers, they lost hope of ever finding Elizabeth Smart.

On February 3, 2003, Mary Katherine Smart told her parents that she might know who the captor was. She told them that Emmanuel, another man who worked for them, looked like the man who kidnapped her sister.

Ed and Lois Smart informed authorities, and it was found that “Emmanuel” was Brian David Mitchell. 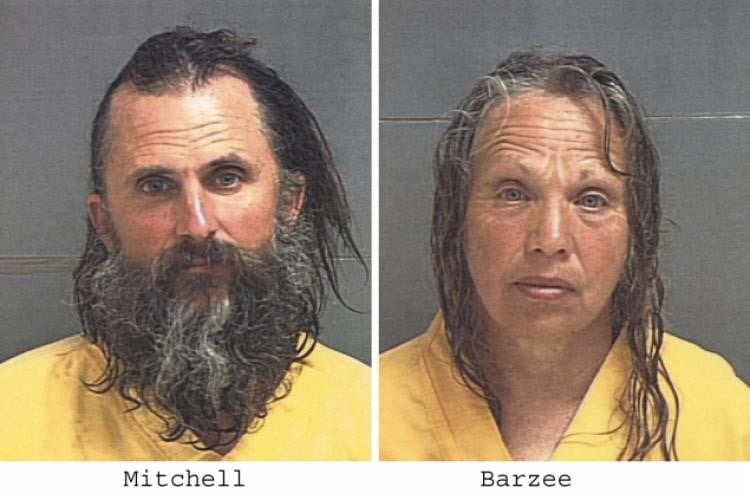 How Was Elizabeth Smart Found?

Reports began coming in from various people who thought they saw Elizabeth Smart. Authorities followed the leads to find the teen.

Smart was finally found nine months after her abduction, after being recognized when her captors took her out in public with a wig, veil, and sunglasses. It was believed that she had Stockholm syndrome, as she had called herself Augustine and initially denied that she was Elizabeth Smart.

Police took Smart, along with Brian David Mitchell and Wanda Barzee, to the Salt Lake City police station, where she was reunited with her family.

What Happened to Elizabeth Smart’s Captors?

In the trial, Barzee was found guilty of aiding the kidnapping, and tormenting the teen and was sentenced to 15 years imprisonment. She divorced Bryan David Mitchell and was put behind bars.

Mitchell, on the other hand, was deemed incompetent. His lawyer stated that Mitchell committed the crime because he thought it was a calling from God. Elizabeth Smart was supposed to be his wife.

According to Smart, while at the camp, “Wanda Barzee eventually just proceeded to wash my feet and told me to change out of my pajamas into a robe type of garment. And when I refused, she said if I didn’t, she would have Brian Mitchell come rip my pajamas off. I put the robe on. He came and performed a ceremony, which was to marry me to him. After that, he proceeded to rape me.”

The insanity plea was used as a tool to keep Mitchell away from punishment from 2004 to 2011. But he was deemed competent to stand for trial and was found guilty of all his charges in 2011. Mitchell was convicted and sentenced to life without the possibility of parole.

Elizabeth Smart is currently a happy woman after receiving full justice for the torture she endured. She is married to Matthew Gilmour, and they have two kids together.

Such a lovely weekend watching Matthew’s sister get married. She is such a beautiful bride and I wish her every happiness!! Everything went well, no surprises, even the weather cooperated! Matthew’s Granda said, “you could pray for a thousand days and not get weather like this in October in Scotland.” It was perfect. #scottishweddings #familyevents #lovethekilt #siblinglove

Elizabeth Smart is a strong woman who dedicated her life to victims of sex crimes. She works as an activist by spreading awareness and encouraging parents and children to not be afraid.

Don’t forget to watch I Am Elizabeth Smart on November 18 at 8:00 p.m. EST only on Lifetime.