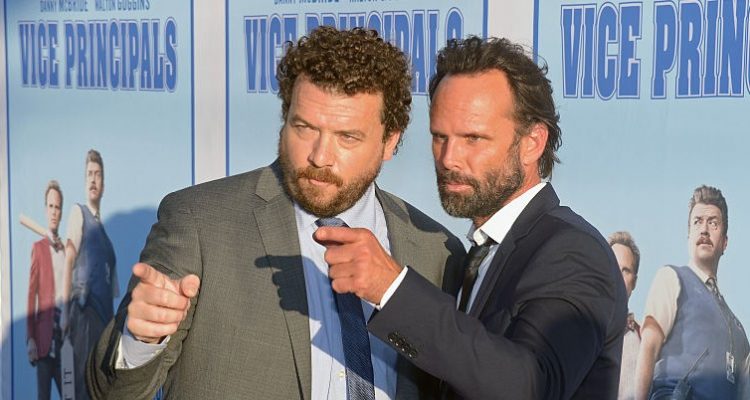 Vice Principals‘ Edi Patterson has been revealing bits of information about the second season of her new show and fans couldn’t be more excited! If you want to learn more about the actress and her hit show, check out our Edi Patterson wiki.

It’s only the second season of Vice Principals, and fans are loving it. The comedy show has a good blend of funny and serious, featuring a cast that includes Danny McBride, Walton Goggins, and Edi Patterson. Patterson plays a teacher who has fallen in love with McBride’s character, Neil Gamby. Although they barely know each other, she is head over heels in a hilariously creepy way. In an interview, Patterson shared some interesting facts about the new show and how she got into the role of her twisted character.

“This is going to sound so weird, but not a ton of tricks to get into character. But I had a slightly weird one for this show where I’d wear a certain perfume. Randomly on one of my walks in Charleston, I bought this weird kind of rose scented perfume, which I never in a million years in real life would buy. I still don’t know why I bought it, but for some reason that smelled like her to me. When I would put it on it really helped me to lock in,” explained Patterson in an interview with Adventuresinpoortaste.com regarding her role as Ms. Abbott on the show.

Edi Patterson, age unknown, grew up in Texas and lives in Los Angeles. She is a member of Groundlings Main Company, and often participates in improv and sketch comedy shows. Patterson is also a member of the Improv Theatre, and works as a guest writer for Saturday Night Live. According to her IMDb biography, Edi Patterson’s husband is Dan O’Connor, whom she married in May 2003. She might seem like an up and coming actress, but she has been performing in television series for a while now. She acted in shows like Ask Rita, The Underground, Partners, Clinical Trials, Black-ish, and voice acts in We Bare Bears. If you’re looking for hot pics of Edi Patterson, head on over to her Instagram account! The funny celebrity is always posting funny moments and sharing pictures from her show. Check out this pic from Edi Patterson’s Instagram!

I did an interview with really nice guy named Isaac from @splitsider where we talked about Vice Principals and all kinds of other stuff. Link in bio. (?: @vonswank)

Facts about the Show

One of the fun and interesting parts about the show is that a fair amount of the acting was improvised. “We did a fair amount which was really just super super exciting for me,” she said. “I knew I could throw just about anything at them, say anything and do anything. Like not in the script try to kiss him, you know what I mean? With Ms. Abbott I felt like I could really go for it. It was so fun to be in that space with Danny, for sure.” We won’t deny that, as we imagine it would be hilariously difficult to keep a straight face while working with McBride!

The television series was originally intended to be a movie, so one of the elements that fans are enjoying the most is the cinematic quality of it. At the show’s premiere, McBride said, “The whole series is only 18 episodes and that’s it. We just wanted to make a really long movie. It’s one school year and a complete story.” He added that the show was an old screenplay that he and Jody Hill wrote in 2006. “But we needed it to be longer so we added and reworked it and broke it up into 18 segments. HBO trusted us to make those episodes without anyone watching them, so they really, really trust us.” Check out the following clip to see the exciting trailer for yourself!