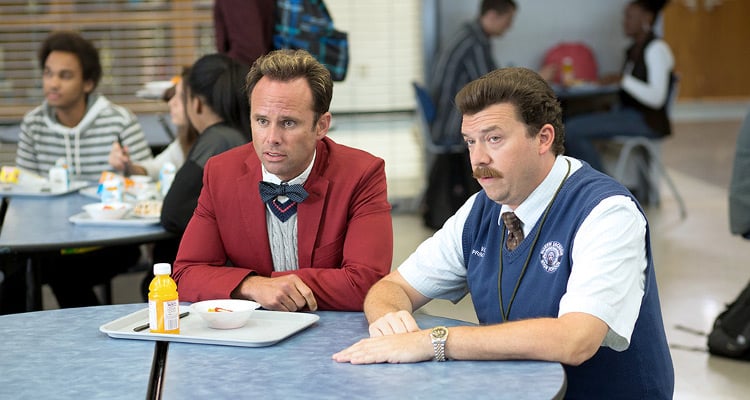 The HBO comedy Vice Principals first aired on July 17, 2016. With an 18-episode pickup, it was split into two seasons. With the season 1 finale airing on September 18, 2016, it has been almost a year since we saw Danny McBride and the rest of the cast. Fans are hungry for more and have been desperately waiting for the announcement about the Vice Principals season 2 release date. As always, we never fail to give you what you want! Here’s everything you need to know about the Vice Principals season 2 premiere.

The Dawn of a New Semester

Walton Goggins (Russell) and Danny McBride (Gamby) star in the second season of this epic comedy. This hit series was created by Jody Hill and McBride, and directed by David Gordon Green. The crazy school year at North Jackson High continues and along with the new semester, it brings a bunch of changes. The thing about change is that it’s always both good and bad. Russell and Gamby are about to learn a tough lesson: Holding onto power is way more difficult than getting it in the first place. Fans are ecstatic that one of HBO’s best dark comedies is back to finish what it started. So, you better get ready because it’s the beginning of the end!

When Does Vice Principals Season 2 Air?

We know this question has been asked a million times, but some people still do not know when Vice Principals’ season 2 comes out. Thankfully, we have an answer! Vice Principals will finally conclude its two-season run with nine new episodes starting this Sunday, September 17, at 10:30 p.m. EST!

If you haven’t seen it already, you can check out the Vice Principals HBO season 2 trailer below. With the countdown on until the season 2 premiere, all we can do is wait! One thing we know for sure is that, “It’s definitely going to be dope. Super dope.”