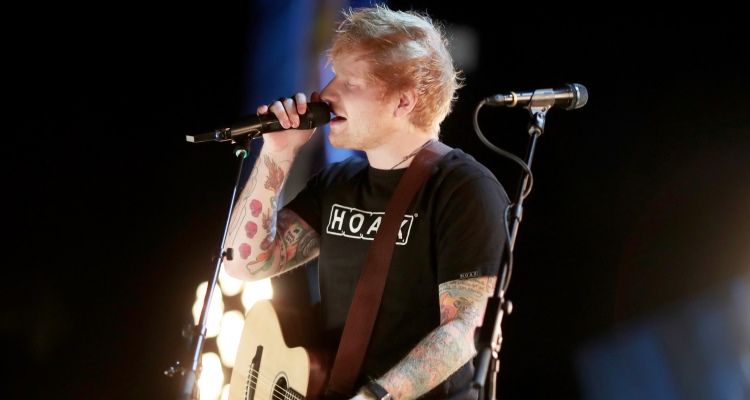 With Ed Sheeran’s upcoming album underway, fans are both excited and impatient. So, what does the megastar do? He teases a song release form his new album, Divide on Instagram, which only increases the anticipation for its full release! He took to Instagram to let fans know that at least they can get a taste this Friday!

Up until recently, it felt like it had been forever since we heard any of Ed Sheeran’s new music. But after a lengthy hiatus from the music world, the English singer is back and ready to give his loyal fans just what they’ve been waiting for! After the release of his first two hits (“Shape of You” and “Castle on the Hill”) it’s safe to say that Ed Sheeran’s new songs will definitely be worth the wait! Fans got one taste of “Shape of You” (which is steadily climbing the charts) and haven’t stopped jamming out to it since! A recent Instagram post teased Ed Sheeran’s new single, but which one? The 25-year-old posted a picture of piano keys with a blue background captioned, “How Would You Feel (Paean) comes out at midnight on Friday wherever you are in the world, it’s not the next single, but is one of my favzzzzz.” 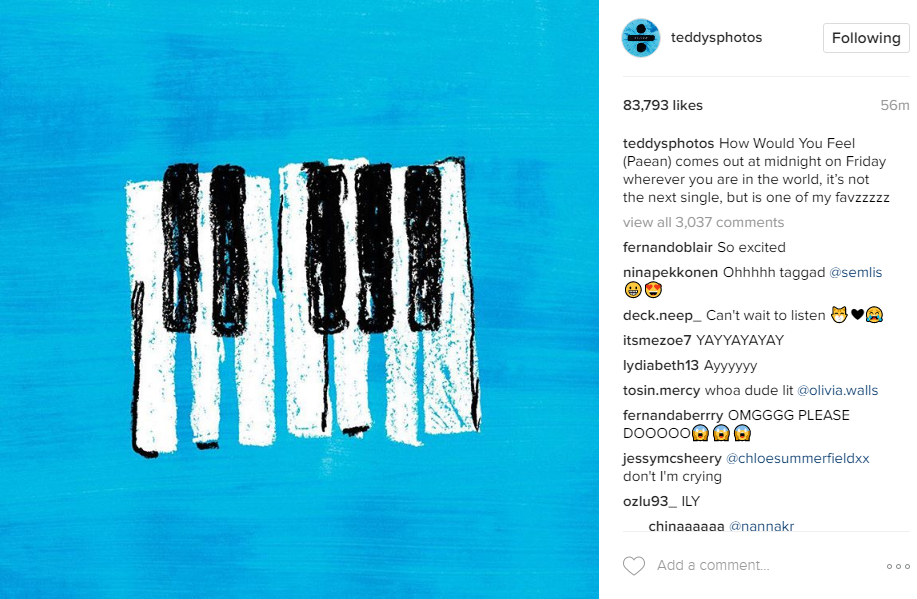 Clearly the “Shape of You” singer enjoys torturing his fans with anticipation, many of whom have been anxiously waiting for his new album. Ed Sheeran’s Divide, comes after the “Thinking Out Loud” singer was on a much-needed break form the music world. Clearly, he’s back, recharged and maybe looking to score yet another Grammy for next year!

On a recent episode of Ellen, Sheeran surprised a young fan, 8-year-old Kai. Kai was singing one of Sheeran’s songs so passionately that he didn’t even see Sheeran sneak up and sit behind him while listening. The crowd screamed as Sheeran walked on stage, but Kai just assumed it was all for him! When Kai’s eyes finally open and DeGeneres pointed him out to Kai, he smiled (seemingly in shock) and simply waved and smiled. It was hilarious and adorable all at once!