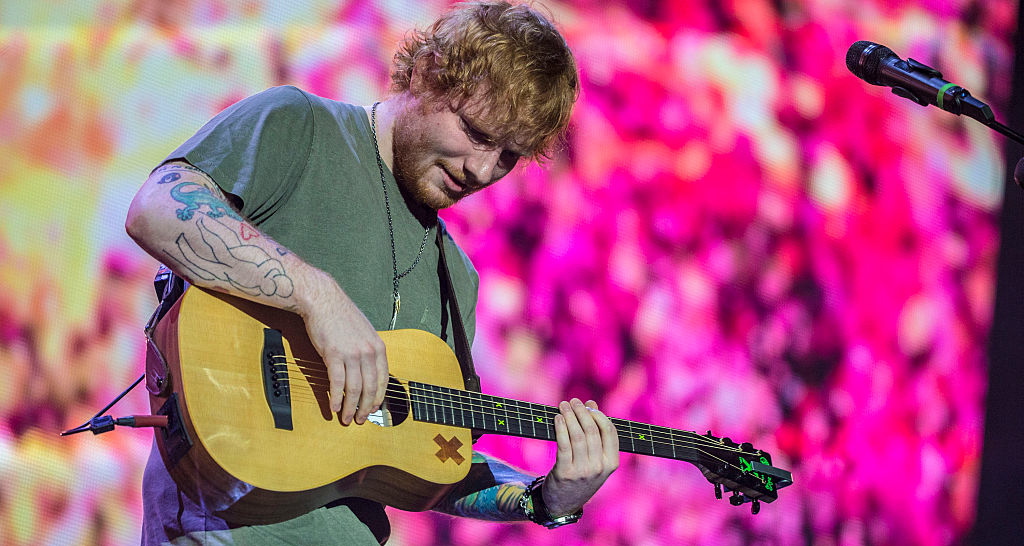 Ed Sheeran’s new album 2017 is on the minds of his fans, as the English musician broke his social media silence with a caption-less photo on Instagram (@teddysphotos). Ed Sheeran’s Twitter, Instagram and other social media profiles are now a simple, baby blue image, exactly one year after he publicly announced he would be taking a break from the Internet.

In his post from a year ago, he wrote, “Hello all. I’m taking a break from my phone, emails and all social media for a while, I’ve had such an amazing ride over the last 5 years but I find myself seeing the world through a screen and not my eyes…” The post continued to explain that he is seeking the opportunity to travel the world and see all the things he’s missed. “To my family and friends, if you love me you will understand me buggering off for a bit, to my fans, the 3rd album is on its way and is the best thing I have made thus far.” Fans were excited to hear this part! “See you all next autumn, and thank you for being amazing. Ed x”. To see the post, visit Ed Sheeran’s Instagram or check out the image below!

BBC reported that songwriter, Amy Wadge has been working on the album with Ed Sheeran, including the song, “Thinking Out Loud.” She said the album is complete and would be out “really soon,” but didn’t give a date. “All of this year [2016] he’s been preparing for his next album.”

Out of all of Ed Sheeran’s albums, the 2017 studio record will be his third after + and X. He also recorded live albums, compilations, 14 extended plays, 24 singles, and 20 music videos! Fans will have to wait a little while longer for Ed Sheeran’s new songs, but the good news is, he is back on social media! The new album, according to Sheeran himself, is expected to be his best work so far—it’s been a year-long wait for fans, but finally the wait is coming to an end! Until then, listen to some of his best songs such as “The A Team,” which debuted No. 3 on the UK Singles Chart with 57,607 first-week in sales; and “You Need Me, I Don’t Need You,” which peaked at No. 4 in the UK.