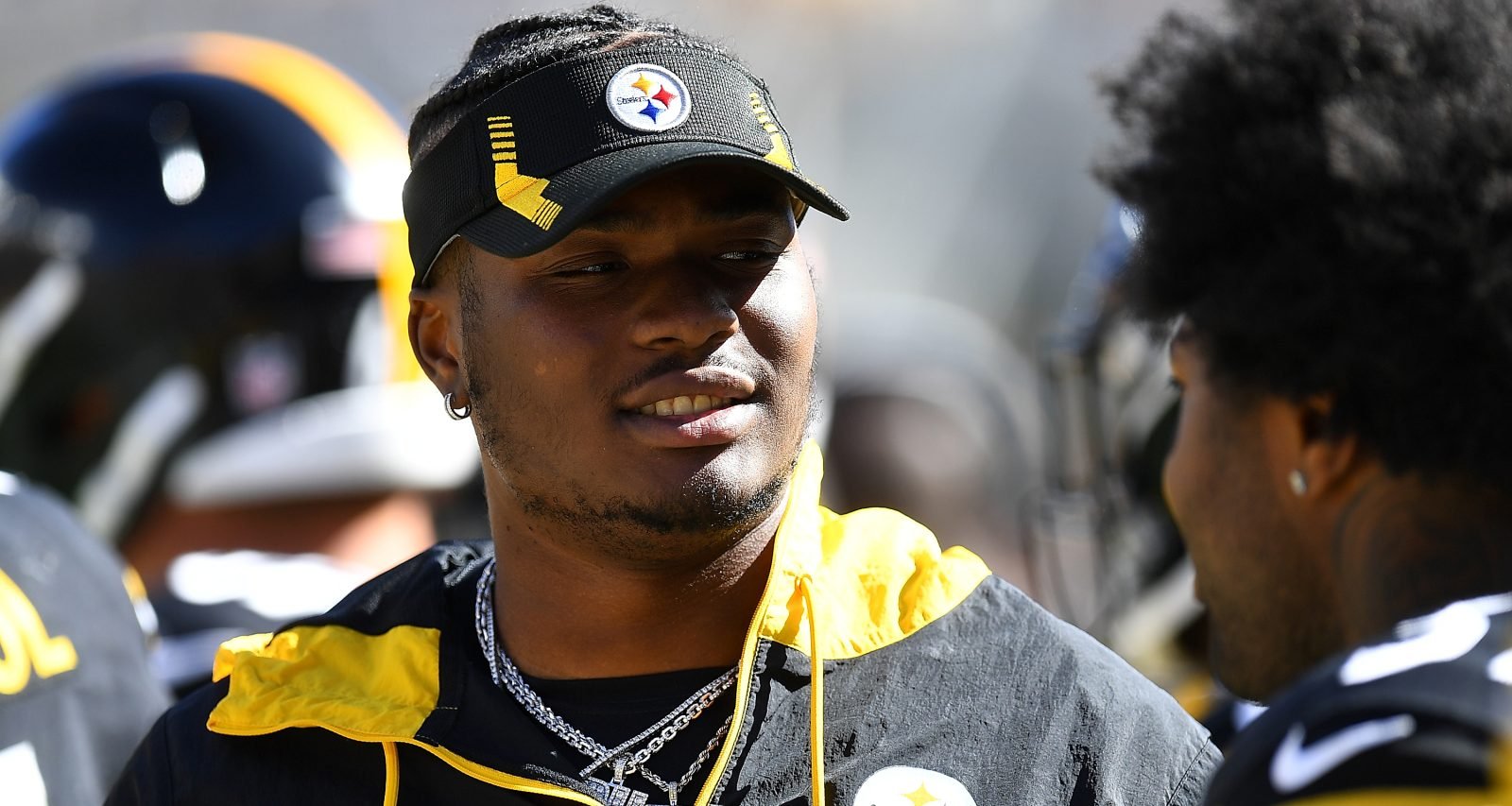 Dwayne Haskins #3 of the Pittsburgh Steelers at Heinz Field on September 26, 2021 in Pittsburgh, Pennsylvania. (Photo by Joe Sargent/Getty Images)

Pittsburgh Steelers quarterback Dwayne Haskins was in Florida training with his teammates when he was killed in a road accident on April 9, 2022. Dwayne Haskins’ wife, Kalabrya Haskins, is among the loved ones this young athlete leaves behind. Their relationship has made headlines for several reasons, but the recent one has been the most heartbreaking yet. Kalabrya Haskins’ 911 call at the time of Dwayne’s death explains the reason why the footballer was crossing the road on foot when the fatal crash occurred. As NFL fans mourn the loss of this athlete gone too soon, they also send condolences to his grieving widow and family. Some also want to know more about who Dwayne Haskins’ wife, is which we reveal in this Kalabrya Haskins wiki.

Born Kalabrya Gondrezick on December 18, 1995, she hails from Michigan. If her last name is familiar, yes, she is related to Gondrezicks who are best known for their basketball prowess.

Grant passed away in January 2021 at the age of 57. He is survived by his wife, Lisa, and their children Kalabrya, Kysre Gondrezick, and Grant Gondrezick Jr.

Kysre, Kalabrya’s younger sister, is the professional WNBA player. She currently plays with the Chicago Sky.

Kalabrya was another Gondrezick excelling in basketball. After graduating from Benton Harbor High School, she went on to play for the Michigan State University Spartans basketball team.

She was majoring in marketing and apparel, textile design at MSU. Kalabrya only played in her freshman year.

In a 2021 post, she revealed she received her bachelor’s degree in Interdisciplinary Studies in Arts and Humanities with a minor in Innovative Studies & Entrepreneurship on a full-ride scholarship.

She didn’t play basketball professionally. Instead, she’s a certified cosmetic and medical esthetician. She’s also an Instagram influencer with over 52K followers and has sponsorship deals with brands like Fashion Nova.

In July 2021, Dwayne Haskins’ proposal to Kalabrya Gondrezick had become a hot topic on social media. The reason was the massive ring he got made for her.

It’s unclear when they got married. Kalabrya added Haskins to her name and the NFL pro referred to her as “wife” shortly after their engagement.

Shortly after their engagement, Dwayne and Kalabrya reportedly got into an altercation. Kalabrya Gondrezick-Haskins was arrested and facing domestic violence charges. It was revealed in January 2022 that the charges were dropped and the couple was still going strong.

Tragically, their marriage came to an abrupt end with the passing of Dwayne Haskins. The Steelers quarterback died on April 9, 2022, after he was struck by a dump truck while crossing the road on foot in Florida. He was 24.

On April 20, a recording of the 911 call Kalabrya Haskins made was made public. In the call, she is heard saying that Dwayne’s vehicle had run out of gas and he was going to a nearby gas station, but he had not called her nor was he responding to her calls. In the heartbreaking recording, the dispatcher tells Kalabrya that an accident had occurred but they couldn’t confirm if it was her husband or not.

“My husband was more than a great football player,” Kalabrya Haskins said in a statement after Dwayne Haskins’ passing. “He had the smile of a rainbow that touched the diversity of so many. He will forever rest and remain in our hearts til the end of time.”

Kalabrya also thanked her supporters for all the messages and gestures of support she and the family have received in a social media post. She announced that a memorial for Dwayne will be on April 22.