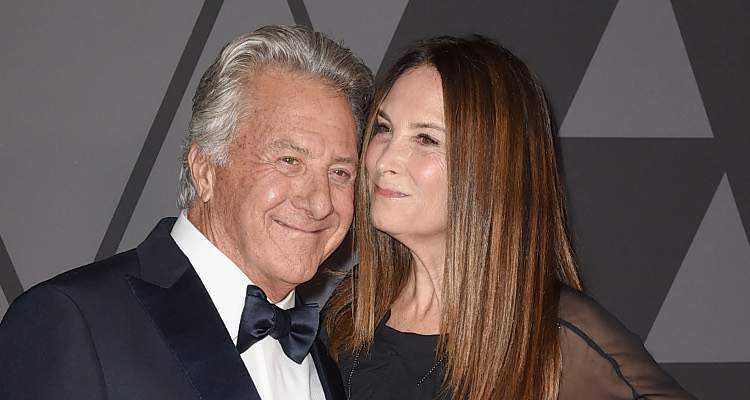 Dustin Hoffman’s wife, Lisa Hoffman, is probably shattered after learning about the women who have come forward with accusations of sexual misconduct against her husband. Whether or not these allegations are true, fans are eager to know all about the businesswoman and wife of the Hollywood hotshot. She’s the founder and president of Lisa Hoffman’s beauty line, which has come a long way since its inception. Read all about her, right here in our Lisa Hoffman wiki.

It’s a very rough time at the Hoffman household. However, Lisa Hoffman has not spoken out about the scandal.

She went to college in Boulder at the University of Colorado. She graduated with a degree in psychology in 1976.

Lisa Hoffman was 27 when she married Dustin Hoffman in 1980. He was already an Oscar-winner by then and left his previous wife, Anne Byrne, with whom he had a daughter, Karina Hoffman.

Lisa Hoffman and Dustin Hoffman have been married ever since, and all the while, she has been a supportive wife. The couple has four children together: Jacob, Rebecca, Max, and Alexandra Hoffman. They were all born within seven years of their marriage, and after that, Lisa Hoffman decided to take on something that she wanted to do for a very long time.

Hoffman went to the prestigious Grasse Institute of Perfumery in France and learned the ins and outs of the trade. She was always fascinated by perfumes and built a successful empire around it. Lisa Hoffman Beauty was launched in 2007. Today, it is a popular brand known for its luxurious and unique wearable fragrance concept.

She wanted to carve a niche for herself in an otherwise flooded market of sweet-smelling brands. So, she conceptualized delicate “fine fragrance jewelry” to carry her bottled scents.

Tune into @QVC tonight at 11:42pm ET (8:42pm PT) for the launch of our NEW fragrance jewelry styles—exclusive to QVC! [link in bio to shop] #loveqvc #fragrance #springfashion

Hoffman won numerous awards for her brand, including Newcomer of the Year by Women’s Wear Daily magazine and Allure’s Best Beauty Award in 2008 and 2009. She also won two nominations for the Top 5 FiFi Finalist in the Unique Boutique category in 2009, and was also nominated for two FiFi Awards in the Technological Breakthrough category in 2012 with her fragrance jewelry.

According to Virtual Globetrotting, Lisa and Dustin Hoffman live in their sprawling Los Angeles estate close to Michael Apted’s house.

Five women have now come forward and have accused Dustin Hoffman of behaving inappropriately with them. At least two of them were reportedly still teenagers at the time. With the latest sexual allegations thrown at Lisa Hoffman’s better half, it looks like the couple has chosen to lay low for now.

Although he has yet to publicly comment on these allegations, Dustin Hoffman reportedly previously apologized to Anna Graham in a statement saying, “I have the utmost respect for women and feel terrible that anything I might have done could have put her in an uncomfortable situation. I am sorry. It is not reflective of who I am.”

As for the alleged accounts from the other women who have come forward, Dustin Hoffman has remained pretty tight-lipped about the claims.