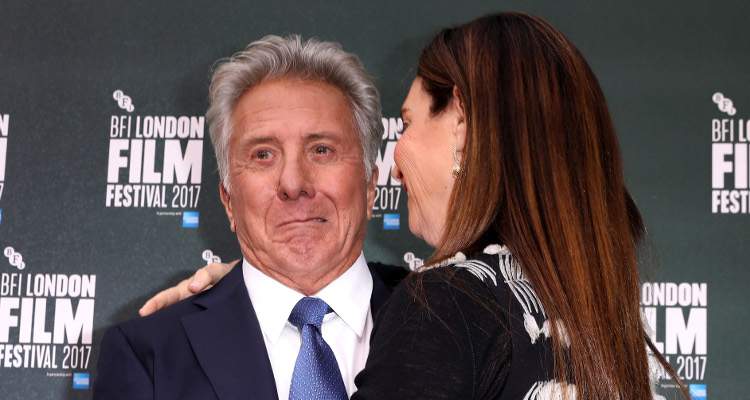 Dustin Hoffman is another illustrious name added to an ever-growing list of sexual harassment cases in Hollywood. After Harvey Weinstein, James Toback, and Kevin Spacey, now Dustin Hoffman joins the alleged predators in the Hollywood scandal. Who is accusing him you ask? Anna Graham Hunter is a writer who came out with the incident that happened when she was 17, after decades of keeping mum.

Anna Graham Hunter is the latest woman to come forward to shine a light on yet another sexual harasser. In a detailed report by The Hollywood Reporter, Hunter explains what she went through as a 17-year-old on the sets of Hoffman’s TV film. Learn all about Hunter and Hoffman in our Anna Graham Hunter wiki right here.

Who is Anna Graham Hunter?

Anna Graham Hunter is a 49-year-old writer from Los Angeles, California. She went to Stuyvesant High School in New York City from 1981 to 1985. Hunter then attended Smith College, where she graduated with a Bachelors of Arts degree in Classics.

Hunter then studied Creative Writing when she went to University of New Orleans in 1994. Hunter has a pretty loaded resume and added to all her educational qualifications is an MS in Organizational Change Management.

She has worked with Teach for America, Memorial Sloan Kettering Cancer Center as a senior OD consultant, and founded her own company called Anna Hunter Inc., which focuses on career coaching. Hunter calls herself the “career happiness coach.”

Anna Graham Hunter currently works as chief coach and co-founder of ArcVida, which gives youth the tools they need to grow in their career prospects.

In a pretty detailed report on the harassment Hunter faced back in the ’80s, Hunter mentions Dustin Hoffman in almost all of her uncomfortable experiences. She was a teenager at the time and was in high school, when she found the opportunity to work as a production intern on the sets of the TV film, Death of a Salesman.

In her piece for The Hollywood Reporter, the headline reads, “Dustin Hoffman sexually harassed me when I was 17.” It was enough to grab attention, and as she continued her graphic story, fans of Hoffman began to feel a little heartbroken.

Anna Hunter alleges that the sexual slurs began the very day she started on the sets. She said Hoffman was “openly flirtatious” and talked about sex to her and in front of her, often. One of the incidences involves her doing breakfast rounds for Hoffman, and when she went in and asked him what he wanted, his reply was: “I’ll have a hard-boiled egg…and a soft-boiled clitoris.”

Though his entourage reportedly laughed, Anna Hunter says she remembers going to the bathroom and crying after what she had heard. Hoffman is accused of not only doing this in private, but harassing her in front of friends and co-workers, too. She even mentioned Hoffman’s daughter Jenna Byrne, who had once been in on her father’s antics.

On one occasion, Hunter witnessed Hoffman getting a foot massage from one of his assistants, and in the process he had said, “Ah, this goes right to my brain. You know, every time you touch your foot, it goes to a different part of your body. Right now, Cas [his assistant] is at my right kidney,” to which his daughter Jenna said, “Good, press harder!”

Anna Hunter even mentions Dustin grabbing her a** regularly and though she would notice it and show disapproval, he wouldn’t back down.

Amid diary entries she wrote years ago when the allegations occurred, she wrote of Hoffman’s inappropriate behavior. “Today, when I was walking Dustin to his limo, he felt my ass four times. I hit him each time, hard, and told him he was a dirty old man,” she wrote.

What Did Dustin Hoffman Have to Say About the Accusation?

The Kramer vs. Kramer actor had a pretty bad reputation at the time, he had slapped Meryl Streep on set to improve her performance, and had reportedly taunted her about the death of her boyfriend, too.

The two-time Oscar-winning actor reflected on his behavior from before and has issued an apology. “I have the utmost respect for women and feel terrible that anything I might have done could have put her in an uncomfortable situation. I am sorry. It is not reflective of who I am.”

#dustinHoffmanLikesToImproviseByGrabbingWomensBoobsWithoutAsking / "Streep and Hoffman’s first meeting earlier didn’t bode well for a fruitful relationship. Hoffman is reported to have said, ‘I’m Dustin — burp — Hoffman,’ before placing his hand on her breast while she auditioned for a Broadway show he was directing." He also slapped her while filming #kramerVsKramer…even though it wasn’t in the script… #dustinHoffman

The writer and “career happiness coach” posts most positive and fulfilling  things on her social media page. She is active in supporting many causes like marching in the anti-racism rally and volunteering at Project Angel Food, which cooks and delivers food for those who can’t afford it. She is an avid reader it seems, and occasionally posts pictures of brunches with her friends. Head over to her Instagram page to get an inside look at Anna Hunter’s life.