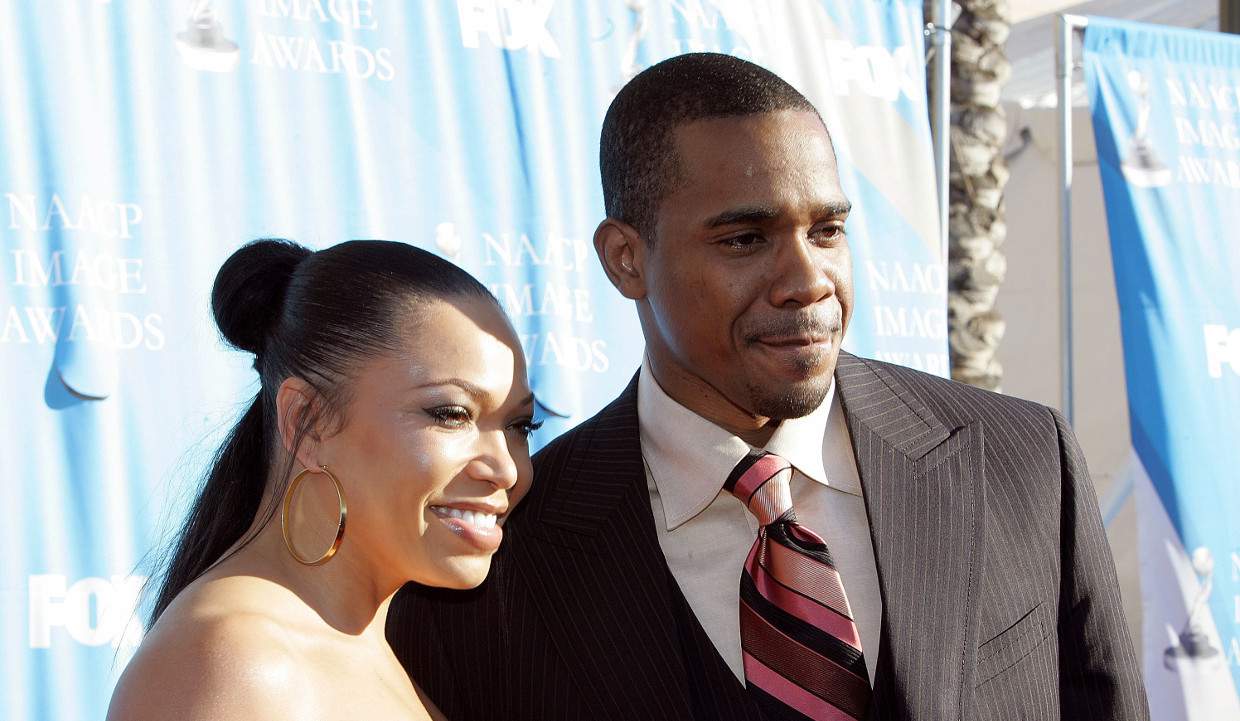 Duane Martin is in bad shape both personally and financially, as his wife of more than two decades, actress Tisha Campbell, has filed for divorce. Martin had already filed for bankruptcy back in 2016 to the tune of $15.0 million. Now he has to work hard to support himself and his two kids, who will need a lot of parental care.

It’s a sad development. Another long-married Hollywood couple is calling it quits.

According to People, American actress and singer Tisha Campbell has filed for divorce from her husband, fellow actor Duane Martin. Campbell is best known for her roles on the FOX series, Martin, and the ABC series, My Wife and Kids.

Duane Martin and Tisha Campbell got married in 1996. After more than two decades of marriage, Campbell decided to split from Martin. She released a statement on social media to inform people about the end of their marriage.

Campbell wrote, “After 27 years of being together and two amazing children, it pains me to announce that I’ve filed for divorce. It’s an emotional time, and I graciously ask for privacy for me, our children and the rest of our family.”

Obviously, people are curious to know more about the soon-to-be Tisha Campbell’s ex-husband and are wondering why their marriage failed. So, check out some details from Duane Martin’s wiki.

Born on August 11, 1965, in Brooklyn, New York, Duane Martin’s age is 52. Martin is a graduate of New York University and was a very good basketball player for his University team. Before he gravitated to acting and the entertainment business, Martin was a promising basketball player.

In 1989, Martin was even signed as an undrafted free agent to a non-guaranteed contract in the National Basketball Association (NBA) for the New York Knicks. Unfortunately, he was cut and never actually got to play in the NBA.

Beginning a Career in Showbiz

However, basketball’s loss turned out to be the entertainment industry’s gain. Martin started his showbiz career by acting in the NBC comedy series, Out All Night. He later appeared in TV series like Getting Personal, All of Us, Rita Rocks, The Paul Reiser Show, and Real Husbands of Hollywood.

Martin has also appeared in episodes of TV series like Against the Law, The Fresh Prince of Bel-Air, Living Single, Sugar Hill, Girlfriends, One on One, Abby, and Ghost Whisperer. He has also appeared in the video for the monster hit single, “I’ll Make Love to You,” by the R&B group, Boyz II Men.

Also Read: Why Did “Martin” Go Off The Air? Is “Martin” Coming Back?

The actor has made a successful foray into films as well. Some of Duane Martin’s movies include White Men Can’t Jump, Above the Rim, The Inkwell, Down Periscope, Scream 2, The Faculty, Any Given Sunday, Ride or Die, and The Seat Filler.

Currently, the big problem for Martin is that he has no money. In fact, he and Campbell filed for Chapter 7 bankruptcy in 2016, claiming that they were down in debt to the tune of $15.0 million.

Considering that Duane Martin’s net worth is in the minuses, the big question is how will he support his family and kids financially and take care of them. After all, he has two sons, Xen and Ezekiel Czar Martin, who are still dependent on their parents.

It is very likely that their financial situation was one of the main reasons that Campbell filed for divorce. Now, Martin has the uphill task of extricating himself out of debt and provide for his children, as well as maintain a successful career.

We wish Duane Martin the very best in all his future endeavors.