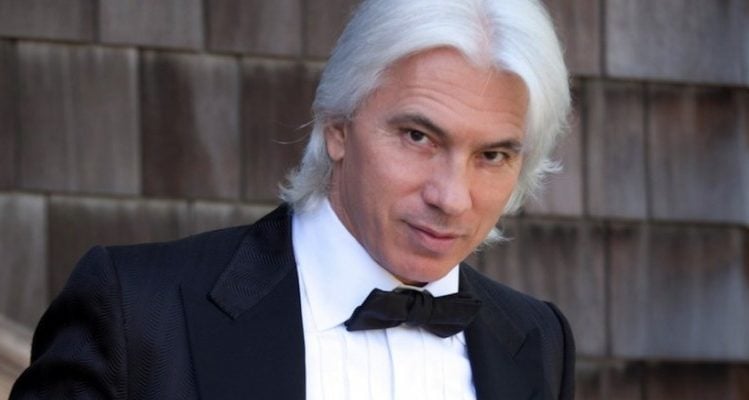 The late Russian singer (who died at 55) was born in Siberia, in 1962. He grew up there in the late Soviet era and spoke about how hard it was growing up during that time.

Hvorostovsky struggled with hard drinking and didn’t quit until sometime in the ‘90s. He admitted that he thought he would end up in prison before ending up on an opera stage, due to his constant drinking and fighting.

The star eventually started taking care of himself and was loved for his work. But chances are, if you’re not into opera, then you wouldn’t be familiar with Dmitri Hvorostovsky’s songs.

Good to be home! Much love to you all. ❤️

Dmitri Hvorostovsky’s kids from his previous marriage are twins, Alexandra and Daniel, 21.

Dmitri Hvorostovsky’ Cause of Death

The news of Hvorostovsky’s death was first announced on his Facebook page, which read, “On behalf of the Hvorostovsky family, it is with heavy hearts that we announce the passing of Dmitri Hvorostovsky – beloved operatic baritone, husband, father, son, and friend – at age 55. After a two-and-a-half-year battle with brain cancer, he died peacefully this morning, November 22, surrounded by family near his home in London, UK. May the warmth of his voice and his spirit always be with us.”

On behalf of the Hvorostovsky family, it is with heavy hearts that we announce the passing of Dmitri Hvorostovsky –…

Hvorostovsky spent two years battling brain cancer, which was diagnosed in 2015. He died on Thursday at 3:20 a.m. London time.

The Hvorostovsky family released a statement regarding the opera singer’s death, which read, “It is with great sadness that we announce the passing of Dmitri Hvorostovsky—beloved operatic baritone, husband, father, son, and friend—at age 55. After a two and a half year battle with brain cancer, he died peacefully at 3:20am GMT on Wednesday, November 22 surrounded by his family at a hospice facility near their home in London, UK. He is survived by his wife, Florence Hvorostovsky, and their two children, Maxim (14) and Nina (10); his twin children, Alexandra and Daniel (21), from a previous marriage; and his parents, Alexander and Lyudmila. Having retired from the opera stage at the end of 2016 due to complications from the tumor, Hvorostovsky made his final public appearance in a “Dmitri and Friends” concert at Austria’s Grafenegg Festival in June; in September, he was awarded the Order of Merit for the Fatherland of the IV degree, one of the highest non-military honors in his native Russia, for his great contribution to Russian art and culture.”

Many have taken to social media to send their condolences to his family on their loss. So far, funeral arrangements have not been announced.

Our deepest sympathies go out to Dmitri Hvorostovsky’s family and friends during this difficult time.