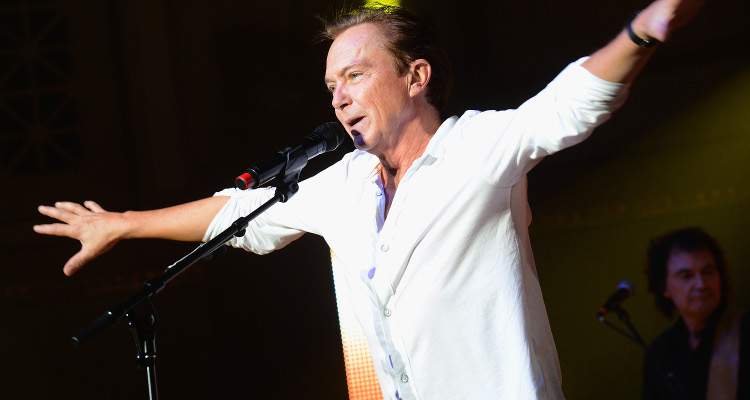 UPDATE: David Cassidy Passed away on Tuesday after suffering from an organ failure.

Last week, David Cassidy was rushed to the hospital where he was reportedly diagnosed with multiple organ failure. Cassidy’s kidney and liver were both damaged, and his family and close associates have rushed to his side. City Herald’s website claimed that David Cassidy had passed away. But did David Cassidy die? Keep reading to know the truth.

With all the drama on social media about David Cassidy’s death, we couldn’t help but check Google for the news. The Partridge Family’s handsome actor, David Cassidy, died on November 19, 2017, according to the famous search engine. But is David Cassidy dead?

After digging around a little bit, to our relief, David Cassidy’s news about his death was a total hoax. But what does that mean for Google? After all, they just declared a man who is still alive in hospital, dead!

The news of David Cassidy’s death is fake, and his fans can breathe a sigh of relief! The star is still battling his health crisis in a Florida hospital but is very much alive.

Cassidy is reportedly in an induced coma, but the news cannot be confirmed. And according to some reports, the star is conscious and surrounded by his family.

Did David Cassidy Drink Himself into a Coma?

Although many people know that David Cassidy had some alcohol issues because of his relationships and bankruptcy, he is not dead. The doctors at the hospital have been doing their best since Wednesday to make sure the actor gets well soon, but according to sources, he needs a liver for a transplant.

The Partridge Family star was diagnosed with non-Alzheimer’s dementia a few months ago. The 67-year-old singer is clinging to his life now due to reported multiorgan failure although the cause of it has not been disclosed. His family and friends are by his side, as doctors had stated that he was “very sick” and that his end might be near.

“I was concerned people would mistake my alcoholism with my diagnosis. It’s a tricky business,” Cassidy said earlier.

The teen idol also has had a history of substance abuse, and his relationships were no relief to him either.

“I was in denial, but a part of me always knew this was coming,” said the ‘70s charmer after he was diagnosed with dementia.

Where Is David Cassidy Now?

Cassidy is still in the hospital, and although he is surrounded by his family, there is a lull in the situation. Neither his sources nor the doctors at the hospital have given any more information about his health, but fans are sending prayers for a speedy recovery.

Sending thoughts and prayers to #DavidCassidy's family. He is a true actor and singer. My mom had a huge crush on him when he was on the #PartridgeFamily ?? pic.twitter.com/hgapYDJCkf

For all that is just and respectful, STOP trying to be the first one with fictious death "news"! For the family it is the hardest thing to sit by and watch and for #DavidCassidy it is the hardest journey he will ever make! Let them have peace & support during this time.

The star went to rehab in 2014 for his problem with substance abuse, and now with his failing health, people can’t help but post the star’s songs, videos, and pictures, to wish him well. The “Daydreamer” singer may be about to cross a very difficult bridge, but we hope that David Cassidy recovers soon and is well out of harm’s way.