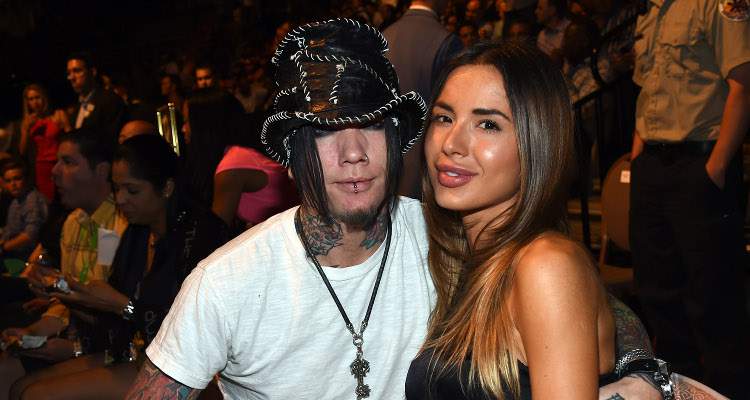 Nathalia Ashba is Colombian by birth, but moved to Rome, Italy when she was eight years old. She became a top model in Europe before coming to America, where she met her future husband, DJ Ashba. She is an entrepreneur and blogger who dishes out advice on fashion and lifestyle. She and her husband have now started a vlog called “I Will If You Will” as a way to keep their marriage interesting.

DJ Ashba and Nathalia Ashba are out to prove that, contrary to what most people think, life begins after marriage. That’s right! They want to change people’s viewpoint that life gets boring, stale, and predictable once you tie the knot. They have a vlog on YouTube titled “I Will If You Will” that promises to enliven married life.

They plan to post each episode on Wednesdays and, if their first video (which dropped on February 7, 2018) is anything to go by, viewers can look forward to a thrill-filled and edgy video every week. The show features DJ Ashba’s wife, who is even more daring and over-the-top than her musician husband. We have some details from Nathalia Ashba’s wiki below.

Born on October 5, 1991, in Pereira, Colombia, Nathalia Ashba’s age is 26. Her maiden name is Henao, and she moved to the beautiful city of Rome, Italy, when she was eight years old. She started dancing and modeling when she was 13. Ashba was busy modeling all these years, but still found the time to launch a sunglasses collection in collaboration with IamItalian in September 2014.

She launched a fashion and lifestyle blog in Spanish, Italian, and English, while also collaborating with famous and prestigious brands. She was named Miss Model of Europe in 2012.

Ashba’s life changed when she started dating future husband, DJ Ashba in 2012. A year later, she decided that he was the man for her and the couple got married on September 23, 2013. There is a fantastic story about how the couple got engaged, though it might have cost some Las Vegas police officers their jobs!

In 2013, three Las Vegas police officers took Nathalia and DJ Ashba on a ride in a police helicopter, during which the guitarist proposed. He later he posted a photo of himself and Nathalia wearing helicopter headgear.

Romance in the Air!

DJ Ashba wrote on Instagram, “That was the most incredible day of our life! We landed in a field at Police headquarters where I had a table set up covered in roses n a bottle of the bubble stuff for [Henao]. It was beautiful she didn’t expect a thing, it was magical. And thanks to our good friends for making helping it all happen!! [sic]” DJ Ashba gave Nathalia a beautiful round-cut diamond solitaire engagement ring. Lucky girl!

Hair-Raising Adventures of the Creepy Kind

Now, Nathalia Ashba has taken it upon herself to dish out some dangerous advice to couples who are looking to reignite their marriages. The first episode of “I Will If You Will” features Nathalia and DJ Ashba cradling a poisonous hairy tarantula in their hands. The two then go on to handle a few snakes! What else can we expect from these two? With the exciting and sexy Nathalia at the helm of things, we can expect a scary ride with no safety net!