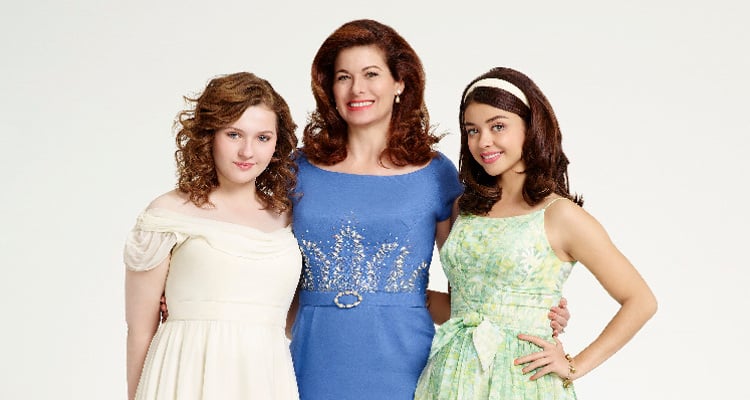 Nobody’s putting Baby in the corner for this upcoming remake of Dirty Dancing! ABC is bringing back the iconic movie from 30 years ago with a TV remake and an all new cast. But when you reinvent such a memorable movie, there are bound to be comparisons! We’ve got the scoop on how the two measure up.

We can’t believe it’s been 30 years since “I’ve Had the Time of My Life” was everyone’s favorite jam. And three decades later, ABC is reviving the iconic summer blockbuster, Dirty Dancing in a television remake! Who is the new Dirty Dancing cast filling Jennifer Grey and the late Patrick Swayze’s shoes? Dirty Dancing 2017 is going to take you back to the ‘80s, but you will definitely be seeing some famous faces! Check out the cast of Dirty Dancing 2017 right here.

The sweet and innocent Baby Houseman was played by Jennifer Grey in the 1987 original. This time around, Little Miss Sunshine’s Abigail Breslin will play Baby in the TV movie. Going by the teaser images released prior to the movie’s premiere, Breslin can fit into Baby’s stilettos just fine!

There is, of course, no replacement for the charismatic Patrick Swayze (RIP). However, newcomer Colt Prattes appears worthy to take on the late actor’s iconic role. He stopped by the Dancing with the Stars finale with Nicole Scherzinger and his moves definitely scream Johnny Castle. Plus, that ripped body will come in handy for that iconic lift!

The original Penny Johnson was played by Cynthia Rhodes and the new version is played by Pussycat Doll, Nicole Scherzinger. Penny, whose problems drive the plot of Dirty Dancing, had the sharpest dance moves. That’s pretty much the criteria for a Pussycat Doll, too!

Baby’s older sister, Lisa is annoyingly cute and somewhat obnoxious. And Sarah Hyland has experience playing an obnoxiously cute older sister in Modern Family, so she seems just right to play the role of Lisa (originally played by Jane Brucker). apparently, Hyland is an extremely talented singer too, so we can’t wait to see her belt out some tunes at the talent show! (Put it this way, her voice can’t be worse than the original Lisa’s!)

The Houseman couple (Kelly Bishop and Jerry Orbach) didn’t get much screen time in the original movie, unless it was with their daughters. But the new movie is set to explore the couple’s relationship as husband and wife, which is refreshing. While Bruce Greenwood plays Dr. Houseman, everyone’s looking forward to Debra Messing as the matriarch. Would she be the typical ‘80s housewife or will we have Messing’s witty humorous spin on it? We can’t wait to find out!

Dirty Dancing can’t be complete without the jealous villainess, Vivian Pressman. Originally played by Miranda Garrison, the new Vivian will be played by Katey Sagal from 8 Simple Rules, Sons of Anarchy, and Married with Children. We’re hoping to see Sagal’s sassy panache in Vivian.

Another antagonistic driving force of the movie, Robbie Gould is the basis of all misunderstandings in Dirty Dancing. Played by the late Max Cantor, Shane Harper will play the womanizing waiter. Harper had minor roles in High School Musical and Wizards of Waverly Place, and worked as lead dancer in several shows like Dance Revolution.

Also Read: Father Maskell Wiki: What Happened to the Priest from “The Keepers?”

Honestly, the band conductor didn’t have much of a presence in the original Dirty Dancing. Played by the famous tap dancer, Charles Honi Coles, Tito had a few moments in the original movie. But since the new version is bringing in Billy Dee Williams of Star Wars fame, Tito might have a bigger role to play this time.

Dirty Dancing premieres tonight (May 24) at 8 p.m. EST on ABC. Don’t miss the three-hour ‘80s throwback and let us know in the comments whether you prefer the original or the new Dirty Dancing!