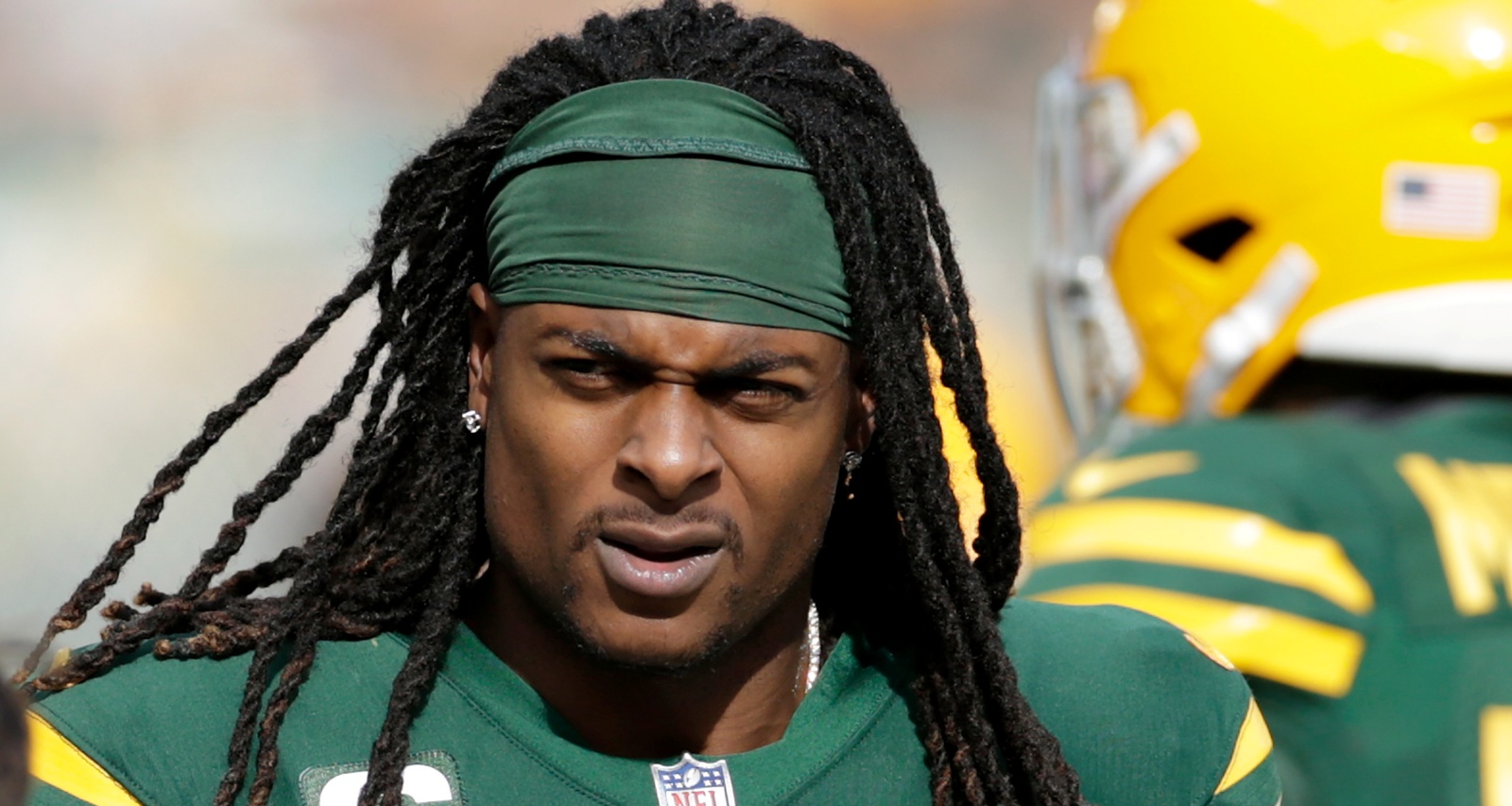 Davante Adams #17 of the Green Bay Packers during the game against the Washington Football Team at Lambeau Field on October 24, 2021 in Green Bay, Wisconsin. Green Bay defeated Washington 24-10. (Photo by John Fisher/Getty Images)

Davante Adams is mourning the loss of his cousin in a tragic shooting. Only a month ago, the family celebrated the arrival of their youngest bundle of joy. The attention is not only on the WR’s family but also on Davante Adams’ wife. With the former Packers player signing with the Las Vegas Raiders this year, Raiders fans want to know more about Devanne Villarreal. They have been together long before he was an NFL pro and #TheAdamsFamily has their social media followers in awe throughout Adams’ career. We reveal more about their relationship in this Devanne Villarreal wiki.

Devanne Villarreal was born on January 14, 1993, and is a native of California. She grew up in Salinas and later lived in Fresno.

She is the daughter of Barbara “Barbi” Fulkerson and Gus Villarreal. Her parents are separated.

Devanne has half-siblings from her parents’ relationships with other people. Her sister, Alyssa Esparza, via her mother’s relationship, is a beauty guru on social media.

Devanne has another younger sister, Celeste, from her father’s remarriage. She also has brothers Nate and Chris.

Villarreal is a former cheerleader. She also performed with the 49ers squad.

Davante Adams played football at Fresno State before the Green Bay Packers selected him in the 2014 NFL draft. He’s been dating Devanne Villarreal, at least since they were in college. Devanne and her family were cheering him on draft day.

#TheAdamsFamily welcomed a new addition to the brood the following year. Devanne and Davante’s oldest daughter, Daija Leigh Adams, was born on September 20, 2019.

In March 2022, the WR signed with the Las Vegas Raiders. The following month, Raider Nation celebrated the newest addition to the Adams family. Dezi Lynn Adams, Daija’s little sister, was born on April 13, 2022.