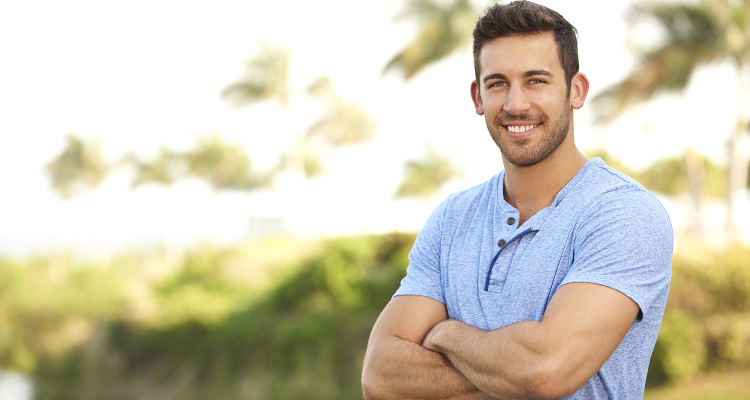 In June, production for the show was temporary halted to investigate allegations of misconduct. In a statement, it was revealed,  “We have become aware of allegations of misconduct on the set of Bachelor in Paradise in Mexico. We have suspended production and we are conducting a thorough investigation of these allegations. Once the investigation is complete, we will take appropriate responsive action.” It was soon discovered that the two contestants involved were Corinne Olympios and DeMario Jackson.

Both contestants stirred up a lot of trouble during their respective seasons, and fans were quick to wonder what would become of Bachelor in Paradise after filming was suspended. However, it did not take long for the investigation to end, and before fans knew it, filming was resumed. Among the familiar faces we will see is Derek Peth. Keep reading for some interesting facts about Derek Peth from Bachelor in Paradise.

Today we celebrate the life of a man whose impact I can hardly put into words. The number of life skills he taught me out on the farm are endless. My hands will never be soft because of you????. Your character helping mold me throughout my life along with the many others you taught and coached. Missing you so much already grandpa. #CancerSucks ????

Born in 1987, Derek Peth’s age is 30. He is from Waverly, Iowa which roughly has a population of 9,000. Peth stands tall at 6’3” and went to Waverly-Shell Rock High School before graduating from Wartburg College. His father, Dick Peth, is a basketball coach at Wartburg. According to Peth’s Facebook page, he also lived in Fort Lauderdale, Florida.

Derek Peth’s Job and Net Worth

According to his ABC bio, Peth is a commercial banker. Before joining The Bachelorette and Bachelor in Paradise, he worked on Wall Street. However, since his success on reality TV, it is unknown whether or not he returned to his banking job. There are no details about Derek Peth’s net worth, but with his success on Wall Street and The Bachelor franchise, it must be substantial.

Derek Peth Is Extremely Close to His Family

The Bachelor in Paradise contestant is very close to his family, and supports their accomplishments. Dick Peth was inducted into the Wisconsin High School Basketball Coaches Association Hall of Fame. Derek Peth is also close to his mother, Maria, and younger sister, Rachel.

If you have watched The Bachelorette season 12, then you may remember Peth joking to JoJo Fletcher that he looked like Harry Potter. He calls himself a nerd, and his favorite movies are Star Wars, Hook, and Field of Dreams. His ABC profile states that his favorite historical figure is Ben Franklin because “he was able to view the world with childlike wonder to feed his creative/inventive side and balance that with a work ethic that produced massive shifts for the greater good.”

Besides watching movies, Peth also likes to keep fit —something made clear by Derek Peth’s Instagram account, which has pics of him working out. He also enjoys hiking, surfing, and going on adventures.

The 30-year-old is also a singer. His Instagram also has clips of him playing his guitar. He has a YouTube channel where he showcases his musical side with song covers, include one of Usher’s “Nice and Slow.” Peth seems to be the complete package and we think he might find love in Paradise!

Derek Peth on The Bachelorette

And that my friends is Mr. Genuine @jamesmccoytaylor ‘s exit. Love you buddy. Way to lay it out there. Now I can finally and shamelessly post this picture of us “Gentlemen” at the #KentuckyDerby ????????????#TheBachelorette #TeamDerekandWells #PrettyInPink #BachelorNation #MyFlyIsDown ????

On season 12 of The Bachelorette, Peth was sent home on week six and, needless to say, he was pretty upset about it.

When being driven away, he shed a tear or two and later tweeted, “Oooooof why am I crying #mantears.” Although he was heartbroken, he is looking for another shot at love on season 4 of Bachelor in Paradise.