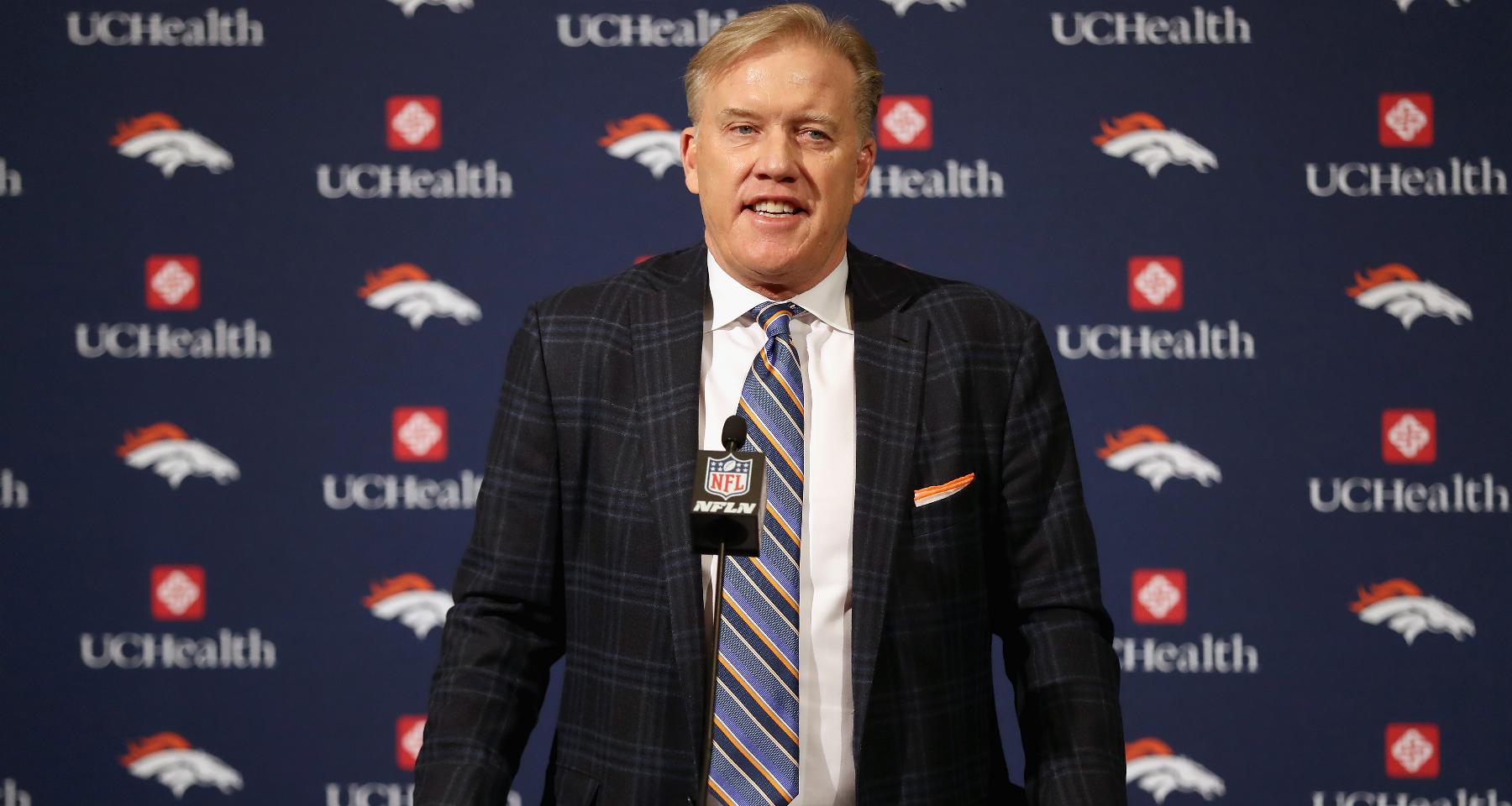 The NFL has held off from implementing a national anthem policy this season. But as some players continue to protest social injustice by taking a knee, the protest’s critics are calling on team owners to take action. According to a report on the Internet, Denver Broncos general manager and executive vice president John Elway allegedly fired three players who knelt during the national anthem. Did he become the first team owner to crack down on player protests? We’ve set the record straight on this Internet lore.

Legendary Denver Broncos quarterback, John Elway, now leads his team from the sidelines as a general manager and executive vice president. But these days, he’s struggling to strengthen his lineup with many of the Broncos injured.

The Broncos played against the Baltimore Ravens on Sunday (September 23) and lost 27-14. And now, Elway is the subject of an online report that says he fired three players for kneeling during the anthem.

Google Trends recorded an increase in search terms related to “John Elway fired,” and “John Elway kneeling,” which is a clear indication that many want to know if this news is true. 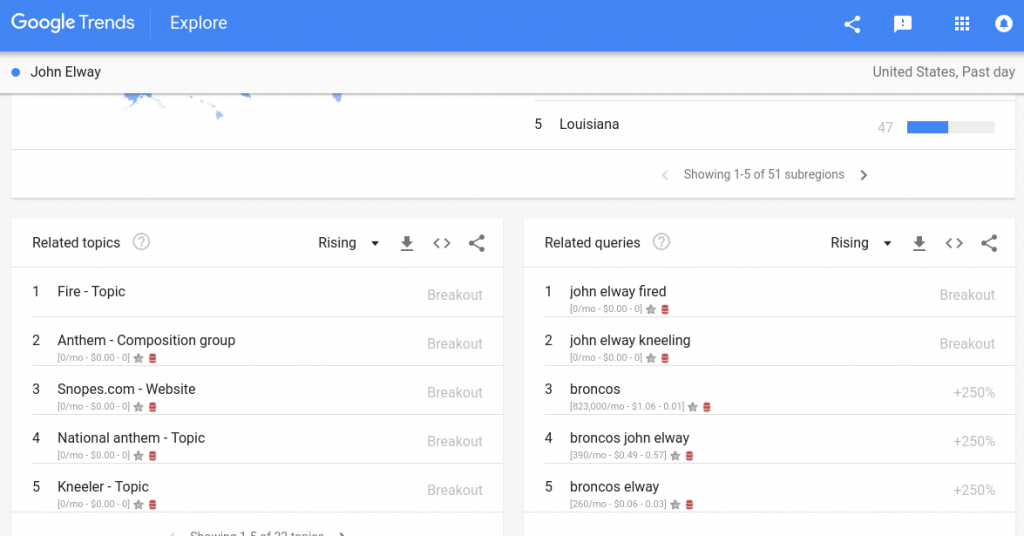 Facebook and Twitter users have shared this report and lauded Elway for firing the players. Some even wondered why other media outlets aren’t reporting on this. Meanwhile, other Internet users explained that no one is reporting on this simply because the news is fake.

Sure enough, Elway hasn’t fired any of his players on Sunday. So, before you go believing this piece of news and sharing it online, let’s put all the facts into perspective.

This Is a Satirical Piece

The original report of this news was posted on a website called America’s Last Line of Defense. It makes up news for entertainment, satire, and humor, particularly to bait Trump supporters into believing their stories and sharing them.

The website has a clear disclaimer that states none of what it posts is true. Nonetheless, many tend to believe the news on the site is real.

Furthermore, the sources cited in the article redirect to unrelated memes. In fact, the writer of this piece, Flagg Eagleton, doesn’t even exist.

No Broncos Knelt During the Game

The report says that John Elway warned his players of consequences if they knelt during the national anthem. Apparently, three players, Mavius Malphner, Ladamian Brown, and DeShaq Darq took a knee, prompting Elway to march across the field and fire them on the spot.

If you haven’t guessed already, no such players named Mavius Malphner, Ladamian Brown, and DeShaq Darq exist in the NFL at all. And Elway had no reason to fire any of his players.

All players from both the Broncos and the Ravens stood for the national anthem on Sunday.

In September 2017, Elway said he understands how the players feel, but he believes in standing for the national anthem. The former quarterback wants to keep politics out of football. His statement was seen as a contradiction to Broncos president Joe Ellis’ open support to the players taking a stand.

Elway sparked another debate back in August 2018, when he said that Colin Kaepernick was offered to play for the Broncos in 2016.

“We offered him a contract. He didn’t take it. So as I said it in my deposition, I don’t know if I’ll be legally able to say this, but he’s had his chance to be here. He passed [on] it,” Elway said.

So, in light of these facts, the claim that Denver Broncos’ John Elway fired three of his players because they knelt during the national anthem is completely false.