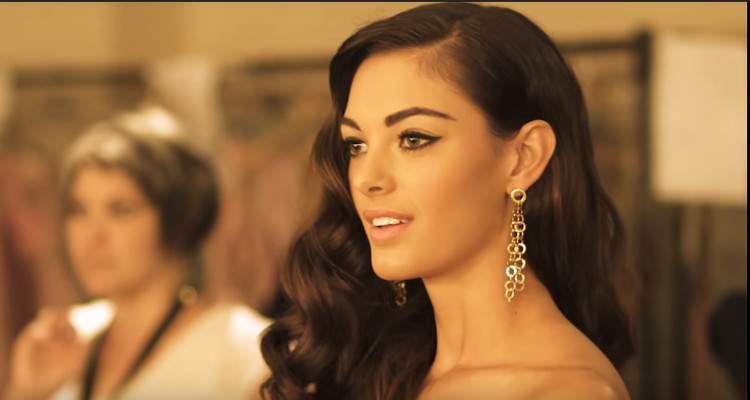 Demi-Leigh Nel-Peters was crowned Miss South Africa, but her journey didn’t stop there. She’s now one of the many gorgeous hopefuls vying for the Miss Universe crown. So, keep reading to know everything about this head-turning beauty, including Demi-Leigh Nel-Peters’ nationality, family, and platform.

#1. She Wants to Be an Entrepreneur

Born on June 28, 1995, in Sedgefield, a coastal town in Western Cape, South Africa, Demi-Leigh Nel-Peters’ age is 22. Nel-Peters held two leadership positions in high school. She was the head of her school and hostel, and she was elected as the Deputy Junior Mayor of the George City Council in grade 11!

Nel-Peters has a Bachelor of Commerce degree in Management and Entrepreneurship from North-West University.

Also Read: Demi-Leigh Nel-Peters’ Parents: Everything to Know About the Proud Parents of Miss Universe 2017

The Miss Universe contestant looks up to Basetsana Kumalo, a former pageant queen-turned-TV-personality and businesswoman, as a role model. As an aspiring businesswoman, Nel-Peters hopes to meet Kumalo and learn some tips that might help her in the future.

Nel-Peters has done modeling on the side with Boss Models and Vision Management. She has competed in other pageants and was a top-five finalist in the Miss South Africa Teen Pageant 2010. She won Miss Diaz 2012, Miss NWU Varsity Cup 2015, and Miss Varsity Cup 2015.

Can you tell how excited I am… One more sleep till I leave for VEGAAAAAS! ???? #MissUniverse #southafrica #roadtomissuniverse Photo by @hanrihuman Smile by @cahidentalpractice ❤️

#2. Her Sister Is Her Biggest Motivator

Nel-Peters has a half-sister named Franje. The 10-year-old was born without a cerebellum and is disabled.

“She is my biggest motivator in life (and she has the most beautiful lashes any girl can dream of),” said the Miss South Africa.

The mix-raced stunner also has the support of her parents and step-family. Her mother and stepfather live in Sedgefield.

Her mother, Anne-Mari Steenkamp, is an interior designer and landscaper. And her stepfather, Johan Steenkamp, works in the building industry.

Her father and stepmother live in Potchefstroom. Elzabé Peters, Nel-Peters’ stepmother, is a clinical psychologist. Meanwhile, her father, Bennie Peters, left the corporate world to fulfill his dream of going in the hospitality industry. He opened and runs the Sunset Manor Guest House in Potchefstroom.

Demi-Leigh Nel-Peters’s platform is self-defense, and she helped develop a program to train women. She kicked off the “Unbreakable” campaign after winning Miss South Africa this year.

Nel-Peters hopes that the workshop will help women in all kinds of life-threatening situations. The initiative came about with help from karate expert Mark Grobbelaar, who also runs an organization called Woman IN Powered (WIP).

“The Unbreakable campaign aims to educate, uplift and empower South Africa women. This they can start to do by taking care of themselves and making wise decisions,” Nel-Peters said about her initiative.

Chilled Sundays… late breakfasts, books, series, no makeup, walks with my dogs. What do you like doing on a Sunday? Photo by @mariusalaska H&M by @sanetbarbara_makeup_hair Styling @misskotova

The 22-year-old’s crowning glory was marred by controversy from the day her reign began. Soon after she won Miss South Africa, her fellow contestants alleged that the contest was rigged in Nel-Peters’ favor. They claimed the titleholder had a special relationship with two of the judges, former National Executive of Miss South Africa, Melinda Bam and fashion stylist, Werner Wessels.

The competitors also alleged that Nel-Peters received preferential treatment during the competition. She reportedly got a professional team for her photography sessions, and her charity was pushed by the Miss South Africa Organization. Also, the girls were told to attend Nel-Peters’ charity events, but they were not allowed to attend any other fellow competitor’s events.

The organization also reportedly promoted her on social media while the other contestants had to do their own promotions. It was also alleged that she had personal training from the official Miss South Africa trainer years before the competition. The trainer in question turned down other contestants.

I love Mondays! To me they always represent a new beginning and a new chance to make the week ahead better than the one before. When you work hard, the reward is so much sweeter (for example my cheat meals on the weekend ????). A shout out to my trainer, @jacodbruyn for helping me to be the best, healthiest and strongest version of myself. Credits to the amazing team: Photo @garrethbarclay H&M @artistry_by_dyllan Swimwear @jetsswimwear Styling @noreenkajeevareta Directing @claudiahenkelsa Everything else @werner_wessels

Back in July, Nel-Peters made international headlines for all the wrong reasons when she volunteered at a soup kitchen. She posted pictures of herself with HIV-positive children in Soweto, Johannesburg, wearing latex gloves.

Twitterverse was quick to lash out at the beauty queen calling her racist. She was even accused of promoting misconceptions about the spread of HIV by wearing the gloves.

Nel-Peters immediately clarified in a video that she was told to wear gloves for hygiene purposes while handling food and they were inconvenient to take off.

Demi-Leigh Nel-Peters said, “All the volunteers on site wore gloves today because we honestly thought that it’s the right thing to do while working with food and while handing out food to young kids.”

To everyone asking about the gloves, I truly hope that you'll hear my heart and understand that it came from a place of wanting to do good. pic.twitter.com/Pl5amM2gEM