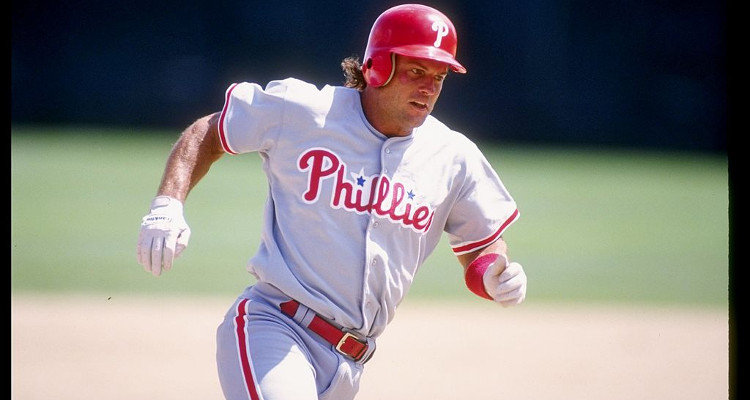 Darren Daulton died on Sunday night in Clearwater, Florida after a painful battle with brain cancer. He played for the Florida Marlins when they won the World Series in 1997. The catcher was nicknamed “Dutch”and left behind a grieving wife, Amanda, and four children. Daulton will be remembered as one of the best-loved players in the game.

Darren Daulton, the catcher also known as “Dutch,” succumbed to brain cancer after a long battle on Sunday night. At the time of his tragic death, Daulton’s age was just 55. He was diagnosed with glioblastoma, an aggressive form of brain cancer, in July 2013. He underwent surgery to remove two tumors from his brain and on February 23, 2015, it was announced that he was cancer free. Daulton continued the fight by establishing the Darren Daulton Foundation which is “committed to providing commercial assistance to those who suffer from brain cancer and brain tumors.” Darren Daulton’s cause of death was brain cancer that returned despite the medical treatment given to the catcher. Here are some details from Darren Daulton’s wiki.

Born on January 3, 1962, in Arkansas City, Kansas, Darren Daulton was a catcher in Major League Baseball. He was a three-time MLB All-Star with the Philadelphia Phillies and later won the World Series with the Florida Marlins in 1997. Daulton made his Major League debut with the Phillies on September 25, 1983, and became their full-time catcher in 1989. His best season was in 1992 when he led the National League in runs batted with 109. He also finished in the Top 10 in on-base percentage, slugging percentage, OPS, home runs, walks, runs created, and extra base hits. For these achievements, Daulton earned his first all-star appearance, the National League Silver Slugger Award, and sixth place in the National League MVP voting.

A post shared by The Darren Daulton Foundation (@darrendaultonfoundation) on Aug 6, 2017 at 8:56pm PDT

He made his last MLB appearance on September 28, 1997, for the Florida Marlins. Daulton’s MLB statistics showed a batting average of .245, 137 home runs, 588 runs batted in, and 511 runs scored in 1161 games. Daulton announced his retirement after the Marlins won the 1997 World Series. After this, he received several awards and honors, and was named the 25th greatest catcher of all time in the 2001 edition of Bill James’ Historical Baseball Abstract. Daulton was inducted into the Philadelphia Baseball Wall of Fame on August 6, 2010. There is no information on Darren Daulton’s net worth, but his treatment costs may have put a big strain on his finances.

Daulton was married three times in his life. His first wife was former Playboy playmate, Lynne Austin. His second wife was Nicole Garcia who had Daulton arrested on battery charges. Darren Daulton’s third wife was his longtime girlfriend, Amanda Dick, whom he left behind along with his parents, Dave and Carol, his brother Dave Jr., and his four children from his first two marriages. After the end of his playing career, Daulton appeared on Comcast SportsNet as a post game show co-host and as the host of a radio show on 97.5 The Fanatic. He also wrote a book on the occult and numerology, If They Only Knew in 2007. He will be remembered as one of the most significant and loved baseball players in history. May his soul rest in peace.