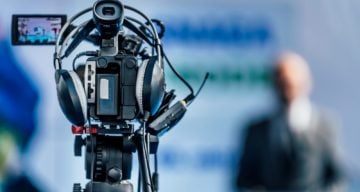 Danielle North, one of Rhode Island’s top news anchors, made waking up before the crack of dawn very enjoyable for 12 News viewers. She is a crucial member of WPRI’s news team. That is why news anchor Patrick Little was the first to write a deep-felt post for her when she announced her departure. Yes, Danielle North is leaving WPRI-TV after 23 remarkable years for a new opportunity outside television. Continue reading to find out if she’s also departing Rhode Island.

Danielle North earned her communications and media studies degree from Northern Vermont University in 1996. She started her broadcasting career as a journalist at WVNY-TV in Burlington, Vermont, and later joined WMUR in Manchester, New Hampshire. Moreover, she worked with Patrick Little even before he moved to Rhode Island.

North joined WPRI-TV in 1999, covering many big stories in New England since then. Her personal favorite was reporting on the first season of Survivor on the red carpet in Los Angeles, where a Rhode Islander won the big prize.

She is a co-anchor of 12 News This Morning on WPRI and FOX Providence every weekday and 12 News at Noon. North works alongside co-anchor Patrick Little, meteorologist Michelle Muscatello, and pinpoint traffic reporter Melissa Sardelli.

Every spring, North hosts The Autism Project Walk and participates in various charitable activities for this vital charity.

North announced her departure from WPRI in the first week of December. The Emmy Award-winning anchor has decided to embark on a new chapter of her life away from the world of television. However, she hasn’t yet provided additional information on her new endeavor.

Danielle North will be with the morning team for a few more weeks until the end of the year. Meanwhile, the station has announced Kait Walsh as the new weekday morning news anchor to replace North.