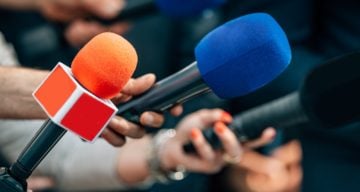 The residents of Colorado Springs have always liked Danielle Kreutter as a weekend reporter and newscaster. But this is a bittersweet moment for them, as Danielle Kreutter is leaving KKTV 11 News in November. It prompted many to wonder if they would see the anchor again on the air, where she is headed next, and whether or not she plans to stay in Colorado. Fortunately for her viewers, Danielle Kreutter answered most queries about her departure from KKTV 11 News.

Danielle Kreutter hails from Denver. She graduated with a BS in Broadcast News with an emphasis in International Relations from the University of Colorado Boulder in 2011.

Before that, Kreutter was an intern with KMGH-TV. After graduation, she joined KACT-TV’s Aurora Cable 8 as a reporter. From October 2011 to August 2013, the anchor worked with KREX-TV as a multimedia reporter.

In 2013, Kreutter joined KKTV 11 News first as a weekend anchor. She then became the station’s weekday morning news anchor in 2021.

After over a decade of covering communities all over Colorado, Danielle Kreutter announced she is leaving KKTV 11 News to be a reporter in her hometown of Denver.

Danielle Kreutter’s last day at the station is November 18. However, the anchor has yet to reveal which station she will join in Denver.