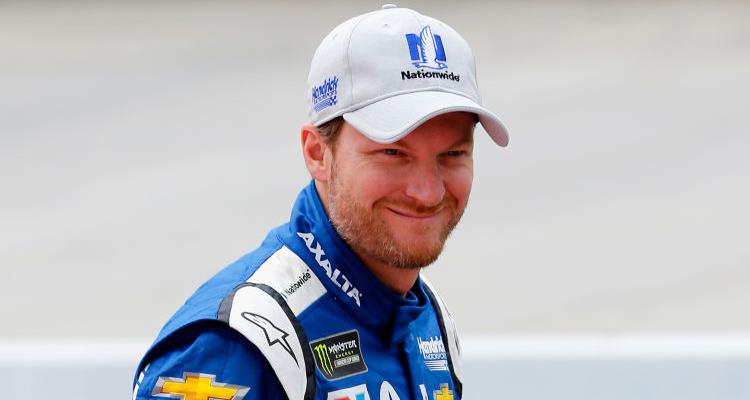 Ralph Dale Earnhardt Jr. a.k.a. “Dale” was born on October 10, 1974 in Kannapolis, North Carolina to Brenda (nee Gee) and Dale Earnhardt Sr., a stock car racer and Hall of Famer. For Dale Jr., racing is in his blood and it has been passion shared through the generations. His maternal grandfather, Robert Gee, was a NASCAR car builder. Dale has three siblings: a brother named Kerry, and two sisters named Kelley and Taylor. Kerry is also a driver, as are his sons Jeffrey and Bobby. Dale Jr.’s father died of a heart attack and from then on, he tried his best to prove himself. The family is also of German descent from his late father’s side.

Dale Jr.’s net worth is reported at $225.0 million due to his successful racing career and endorsement deals. He drives the Chevrolet SS No. 88 for NASCAR and owns his own racing team. For almost 20 years, Dale Jr. has been one of the faces of NASCAR and has followed a family legacy of experienced drivers. He has also made cameos in movies such as: Talladega Nights: The Ballad of Ricky Bobby (2006), Herbie: Fully Loaded, and Transformers: Dark of the Moon (2011). Who knew you could make so much money driving around in a big circle?

Just when fans were processing football star Jake Long‘s retirement news, Dale Jr. has some of his own. The 42-year-old racing star took to Twitter to announce his eventual retirement by the end of the 2017 season. There will also be a press conference later on to discuss his decision further. After looking at Dale Earnhardt Jr.’s stats, it’s hard to believe that he’s already retiring, leaving a spot for someone new to take over. The two-time Daytona 500 winner has been racing for 18 seasons and has accomplished 26 wins along the way. He was also voted the most popular sports driver over 14 times and made his First Cup start in 1999. But like most success stories, his doesn’t come without a few obstacles. During his career, Dale Jr. has suffered several concussions and has offered his brain to science for research, upon his death. It has been suspected that his previous injuries are the reason he is retiring.

The Earhardt-Reimann wedding took place last New Year’s Eve after marrying his longtime girlfriend, Amy Reinmann. The couple have no children at this time His wife took to Twitter recently to share how proud she was of her husband.

“I’m so proud of Dale for working so hard to get back and even prouder for his courage & self awareness to make the decision to retire. I’m sure God has many other great plans for him and us!”