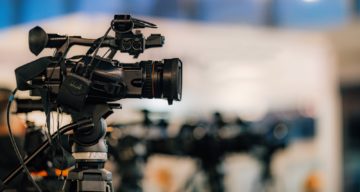 Brazilian-born Cristina Domingues’ story as an immigrant and first-generation American has been an inspiration for many young journalists. She graduated from Northwestern University and Boston College before beginning her broadcasting career in 1996.

Domingues was a producer for TV Globo before she moved on to TV news anchoring in 2000. She started as a reporter on Time Warner Cable News only a few months before 9/11.

She has been reporting stories and events on Spectrum News since 2018. And her work has particularly made her a prominent figure in the Rochester community.

So Spectrum News viewers were saddened by the news of Cristina Domingues leaving the station. Her last day on air was May 11.

In a statement on her official social media pages, Domingues expressed gratitude to her viewers, colleagues, friends, and family. The announcement implied that she is stepping back from the anchor desk and its hectic schedule to have more time for her family.

However, this doesn’t mean retirement for the veteran journalist. She has a new job lined up that will keep her connected to the media and storytelling industry. Domingues has not yet revealed what the new position is but keep an eye on her social media pages for her next announcement.