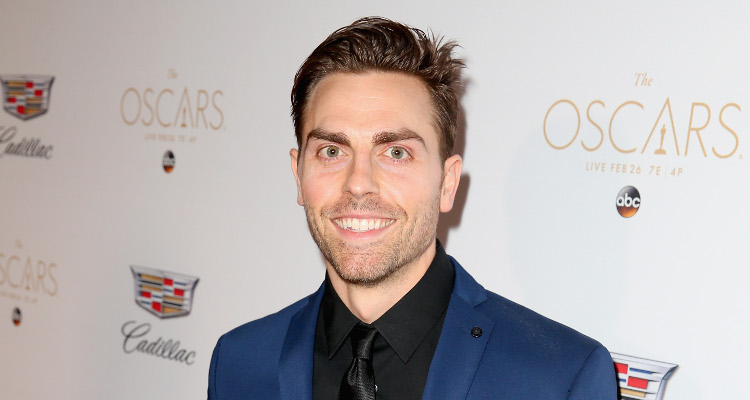 Dirty Dancing is one of the most iconic movies from the 1980s. Colt Prattes stepped into the late Patrick Swayze’s shoes to play Johnny Castle in the 2017 remake, and Prattes says it was an honor to pay homage to a movie that helped shape his life.

It’s pretty tough to step into somebody’s shoes. It’s terrifying when the shoes belong to talent like the late Patrick Swayze. Especially when starring in the remake of Dirty Dancing! Who plays Johnny in the new Dirty Dancing? Colt Prattes was lucky enough to land the iconic role in the TV remake of the hit 1987 movie, which originally starred Patrick Swayze and Jennifer Grey. This time around, Colt Prattes and Abigail Breslin will portray the unforgettable characters. The Dirty Dancing 2017 cast is full of familiar faces and fresh talent, and all eyes are on Colt Prattes to deliver. Here are some details from Colt Prattes’ wiki.

Dancing His Way to Success

Official poster for Dirty Dancing on @abcnetwork!!! Growing up I watched this movie almost every weekend. It inspired me to start dancing and still inspires me every time I see it. Beyond honored to be a part of this & cant wait for y'all to see it! May24th @ 8pm

Colt Prattes started out as a professional dancer. He appeared in the music video for Pink’s “Try,” and had minor roles in shows like Mercy and Wiener & Wiener. Today, Prattes is an internationally known dancer, actor, model, and choreographer. He even toured with Pink on her Truth About Love tour. Before this, Prattes appeared on Broadway’s How To Succeed in Business Without Even Trying, and toured with A Chorus Line, Rock of Ages, and High School Musical. Prattes also teaches at the Broadway Dance Center in New York City. Colt Prattes’ Broadway performances helped build his reputation and is also where he met his wife.

Also Read: “Dirty Dancing” Cast: How Does the New Cast Compare to the Original?

The Movie Changed His Life

Prattes grew up watching 1987’s Dirty Dancing at his father’s house. At Colt Prattes’ age of 31, he still remembers how much his stepmother loved the movie and the number of times they watched it together. He has another emotional attachment to the original film. It was only after watching Swayze’s moves that he thought of a career in dance saying, “I played sports until I was 15 years old. To find out that he had been dancing his whole life made it okay in a world where that wasn’t an option for me.” So, when he was asked to reprise Swayze’s character, Prattes felt honored.

Finding His Better Half

5 years ago today we stood alone in our first apartment in Hoboken and I asked if you would create a life with me. For over 2 years before that you had seen me more clearly than anyone ever had & somehow you still didn't judge what you saw. You've taken this road with me even though I have, more often than not, had no idea where it was going. The only thing I knew was that I didn't want to go anywhere without you. Thank you for making my life more than I imagined it could be. Happy anniversary Mrs. Prattes. I love you. 123

About Colt Prattes’ Dirty Dancing role, the actor said, “I felt like that is what he did. I couldn’t try to be Patrick Swayze; he’s Patrick Swayze. The man’s a legend. I just wanted to love it and dance as hard as I could.”

While working on the revival of West Side Story Prattes met his future wife, actress Angelina Mullins. They have been together for seven years and have been married for almost three years. On Colt Prattes’ Instagram account, he acknowledged the huge contribution Mullins made to his life and career saying, “I thank God every day for my wife, and I pray I can be as good of a husband as she deserves.”

Conditioning update. Getting more size but staying fairly lean. Closer to finding the right mix of Strength through Olympic Lifting/CrossFit/Aesthetics for me. Each of them is bringing something important to the table, and each one gets its focus in its own time. #KnowYourGoals #MakeAPlan #MovementIsTheMovement @codysara1 @iamcortnijoyner @angelina.mullins

The toughest moment for Prattes in the 2017 remake of Dirty Dancing was when he had to say the film’s most famous line, “Nobody puts baby in a corner.” He could hardly handle the pressure to make the line memorable. However, with encouragement from his co-stars, Colt Prattes delivered the line and received a standing ovation.