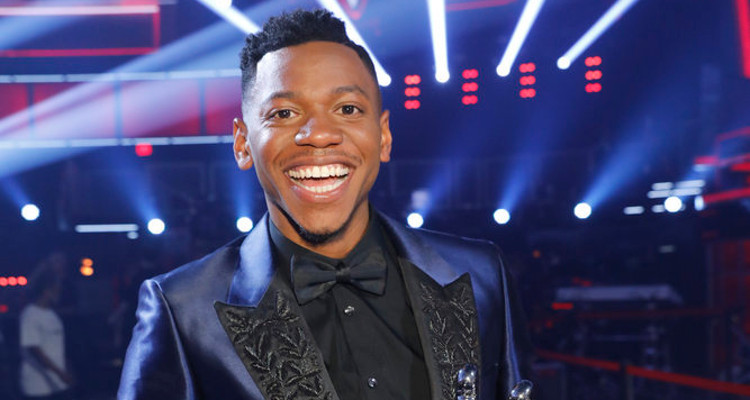 Chris Blue is officially the winner of The Voice Season 12! The 27-year-old Knoxville singer swooped the nation off its feet with his mesmerizing voice. But what inspires The Voice winner? Who are the people behind Chris Blue’s success? Here’s everything you need to know about Chris Blue’s family.

Chris Blue comes from a musically inclined family. He grew up in a small town in Arizona with his parents, two sisters, and four brothers. From the age of three, Blue showed vocal talent. He started performing gigs in his family’s gospel band with his siblings. They traveled all around, performing at different churches. Blue had also formed his own band with his brothers called the Blue Brothers. Together, they performed at birthday parties and sporting events. They even had a national TV debut on BET!

Apart from singing at church, his family ran a salon. Beaming with pride, Chris Blue’s mother said, “He was designed to do this; In my beauty salon he would get my shampoo capes and hairbrush and combs and sing to my clients, and they would give him a dollar, and I thought, this child was born with courageous and boldness.”

After some time, the Blue family moved to Knoxville, and Chris started working as a worship leader at Cokesbury Church.

All of Chris Blue’s family has extended support to the singer right from the start. His aunt, Faye Allen, hasn’t missed an episode of the show. She even re-watches some of them!

“Just to watch him and see him singing with all his heart. This has been a long time coming,” Allen said. She has been a pastor for the past 14 years at Polk Church God’s House of Prayer.

“When everything happened with my fiancée and her story, I realized that life was just too short,” said Blue. He took a leap of faith and forged ahead with his dream. With tremendous support from his family and Stephanie, Chris Blue landed his Atlanta audition.

More than 15 members of Blue’s family traveled to Los Angeles to watch Blue perform in The Voice finale. His sister, Takisha, flew more than 11 hours from London, England to see her youngest brother on stage. She admits that it was all well worth it!

“That’s the beautiful thing about this,” Chris Blue told WBIR. “Is you have people that love you and care about you.”