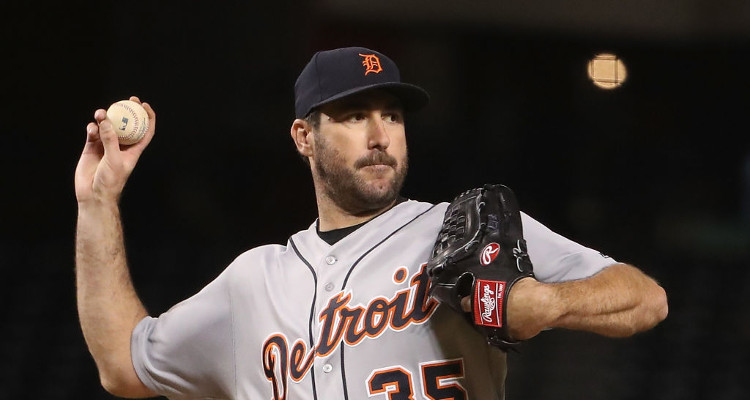 Detroit Tigers fan, Chris Azanger, looks so much like pitcher Justin Verlander that he often gets mistaken for the baseball pro. However, Azanger is enjoying being asked for photographs and autographs. He has become a bit of a celebrity himself with several TV appearances.

What does Detroit Tigers player, Justin Verlander and Detroit Tigers fan, Chris Azanger have in common? Well, for starters, Azanger bears an uncanny resemblance to Verlander. If Azanger wears a Verlander jersey and a Tigers cap, it is virtually impossible to distinguish between the two! Even fans who came face-to-face with Azanger have mistaken him for Verlander. People are interested in this Justin Verlander look-alike. Keep reading for some details from Chris Azanger’s wiki.

Mistaken for the Real Deal

In a recent Detroit Tigers game, Azanger was in the stands when cameras focused on him for his unbelievable resemblance to Verlander. Azanger says that he gets confused with Verlander a lot at games, “Many times. When I used to go to games back home in Detroit, I had people sitting around me asking why I’m sitting up in the stands and not in the bullpen or something like that. Last time the Tigers were out here, same thing, I was down here, and people were taking my pictures, asking for autographs.”

Chris Azanger lives in the Phoenix suburb of Gilbert and has never met Verlander personally. However, he managed to get a photo of them together. There have been moments where, while Azanger is sitting in the stands and Verlander is pitching on the field, fans did a double-take. It sometimes takes time to notice that the man in the stands is a Justin Verlander look-alike. Azanger says he enjoys the attention and has fun with the whole situation. He was even interviewed by the media for his resemblance to the baseball player.

Having Fun Along the Way

There is not much information about Chris Azanger’s family, but they are likely getting a kick out of the situation too. We know he has a son, whose photos you can see on Chris Azanger’s Twitter account. Azanger’s profile bio reads, “Never settle for less than your best” which seems to be a motto he lives by! You can check out more of Chris Azanger’s photos on Twitter.