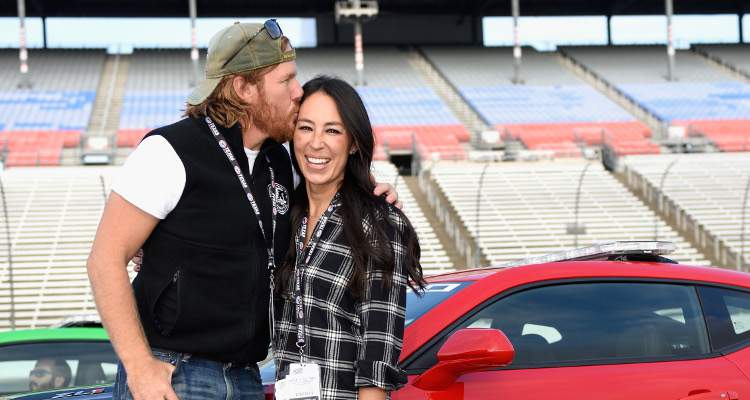 The Gaines household is set for an exciting 2018! Chip and Joanna Gaines, the stars of HGTV’s mega-hit, Fixer Upper, are expecting their fifth child this year. Time to get started on a new nursery for baby Gaines! Here’s what you need to know about the expanding Gaines household.

When Is Joanna Gaines Expecting Her Baby?

Fifth-time dad-to-be, Chip Gaines, took to Instagram to break the news to his followers about his wife’s pregnancy.

Gaines captioned an adorable post where he and his wife are sporting matching pregnant bellies under their grey shirts, which read, “Gaines party of 7.. (If you’re still confused.. WE ARE PREGNANT) @joannagaines.”

Chip Gaines is not the pregnant one in case anyone’s wondering!

The home-flipping couple are already parents to four lively kids: Drake, 12; Ella, 11; Duke, 9; and Emmie Kay, 7. They haven’t revealed how far along she is, nor have they announced the due date.

They were swooped up in rumors about a fifth pregnancy back in October 2017. It was believed that they are ending their popular HGTV series because of their growing family, among many other purported reasons. But they denied that they were pregnant at the time.

Gaines party of 7.. (If you’re still confused.. WE ARE PREGNANT) @joannagaines

The news comes after a tumultuous 2017 for the couple. After expanding their Magnolia Market brand, there were rumors that Joanna Gaines is leaving the show to launch her own skincare line. While she denied the claims, the rumor mill targeted them again, but this time claiming that they were heading to a divorce.

They announced that Fixer Upper season 5 will be the show’s final season and they are leaving the show to focus on their expanding business. The Gaineses launched a book and line of home goods, among many upcoming projects.

Earlier this week, Joanna Gaines hinted at the big baby news while wishing fans a happy new year. “New year, new hope… Be expectant. There is just something about fresh faith and unwavering trust that brings life to our souls. May this be your best year yet. #2018.”

Not long ago, the couple apparently couldn’t come on the same page about having another child. In June, Joanna Gaines talked about wanting to have twins and the kids looking forward to another sibling while Chip Gaines wasn’t.

Later in November, Chip Gaines said in an interview, “We had four babies right before the show started, and then we’ve had zero babies since the show started. For me, I’m really excited to go back and try to maybe . . . try to make some more babies.”

Beautiful night at the ballpark with my family.. And big win for the Bears! Congrats @BaylorCoachRod

At that time, Joanna Gaines changed her mind about having another child.

Nevertheless, the Gaineses look pretty ecstatic about the coming baby. Even HGTV was excited for their stars. The network has been tweeting a spree of congratulatory messages about the newest Fixer Upper.

What a perfect end to a perfect night! Congrats @chipgaines and @joannagaines! #BabyGainesisComing https://t.co/ohqtLcqwTj

You can watch the final season of Fixer Upper every Tuesday at 9:00 p.m. EST on HGTV.

Congratulations to Chip and Joanna Gaines!