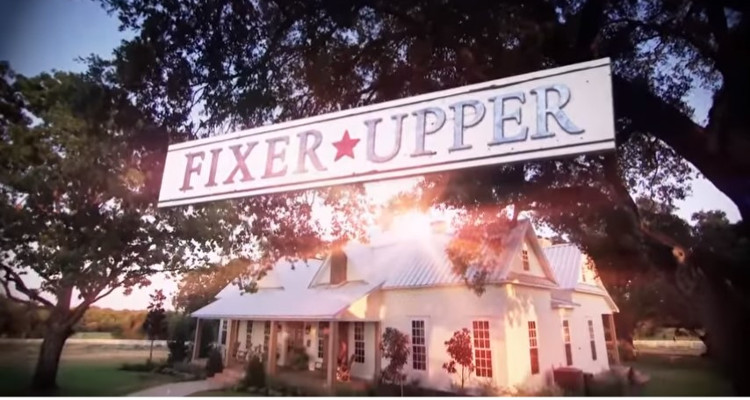 With Fixer Upper cancelled after five seasons, fans will have to find something else to watch for their domestic tips and tricks. The show is ending after its fifth season, but not because it wasn’t doing well (it’s the highest ranking show on HGTV). It’s because the Gaines power couple, Chip and Joanna Gaines, have decided to spend more time with their family.

“We’ve all been on an incredible journey with Chip and Joanna for five years. It takes a huge amount of time and creative energy to make a phenomenal series like Fixer Upper,” the network said in a statement. “We understand their decision to spend more time with their family. Like all of their fans, we want only the best for them and they know they will always have a home at HGTV. Fans can expect that the upcoming season of Fixer Upper will be the best season ever and we can’t wait for it to hit the air later this year.”

How Did Chip Meet Joanna?

Before Chip and Joanna Gaines’ Fixer Upper empire got started, they first had to go on a date. In late October 2001, Chip met Joanna, who was a fellow Baylor University grad, when she was behind the counter of her father’s tire shop. He also remembered her from the store’s local commercials and was instantly attracted to her. Chip asked her out the next day, but was an hour and a half late for their first date! According to E! News, he claimed it was only 20 minutes, but we have a feeling Joanna would have paid close attention. he also had no plans for the date, but had his head shaved to a buzz cut to support a friend who had cancer. They had a good time at dinner, but they didn’t have their second date until months later.

Coffee was the plan, but Joanna had to cancel because she injured her back and went to the hospital for surgery. Chip didn’t even call or send flowers! If we didn’t know how this story ended, we would probably hate this guy. They eventually had their second date and, after four months, Chip said he loved Joanna, to which she said “thank you.” Ouch! Luckily, she eventually said it back when he repeated those three super-charged words a couple weeks later.

On tonight's episode, Chip finally figures out his design style! ? It's a dramatic reveal you won't want to miss @hgtv 9/8c

When Did Chip Marry Joanna?

Chip and Joanna Gaines got married on May 31, 2003 at the Earle Harrison House, a historic mansion with gardens. It was a modest wedding: the bride wore a dress off the rack for $500 and the groom rented a tux from the mall. Joanna arrived in a horse-drawn carriage (because why not?) and Chip’s dad was also his best man. The couple had their honeymoon in New York City. They now live in Waco, Texas, with their four children.

Chip and Joanna Gaines still plan to renovate homes, but it won’t be on TV anytime soon. However, they’ve assured fans that they won’t go too far.

“Who knows what the future holds, but we’re excited for whatever is around the bend and in the meantime, we will definitely be staying in touch,” they said.

Tonight's episode is a unique one… Watch us take on a different kind of #fixerupper 9/8c @hgtv #???