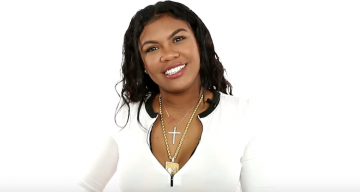 Nikhol Hing has made a name for herself in the fashion industry and is recognized for parenting her eight stunning children. But who is Nikhol Hing, otherwise known as “Chinese Nicky?” Our Chinese Nicky wiki has all you need to know about the famous entrepreneur, including information on Chinese Nicky’s husband and family.

According to her website biography, Chinese Nicky was born in Guyana but moved to New York with her family as a young child. Her father was Chinese South American and her mother was Portuguese and African, and as a result, she faced many struggles because of her mixed nationality. Her parents divorced when she was nine, adding to her identity crisis. While growing up in Brooklyn, she found herself a target for bullies and quickly had to learn how to defend herself. Because of these challenges, she was forced to grow up rather quickly.

At the young age of 14, Nicky became pregnant and had her first son. She chose to make the most of this responsibility and hustled, leaving her house at 5:30 a.m. to take her son to his babysitter, before going to school at 7:30 a.m. Nicky graduated from high school and went to college. She used her beauty and outgoing personality to land a job as a Budweiser girl and cocktail waitress at a popular gentleman’s club. She also worked as a ring girl in Atlantic City and Vegas.

She had two more children during this time. She loved working in nightlife entertainment, but she also aspired to get into the fashion industry. She went back to study at F.I.T. and graduated with a degree in fashion design and merchandising. She worked as a freelance stylist and after rising in New York’s hip-hop scene, she got a job at The Source magazine. She now stars on reality TV show, Love & Hip-Hop Miami. Check out Chinese Nicky’s Instagram (@chinesenicky) for hot pics of Chinese Nicky and her family.

Chinese Nicky and her husband currently have eight children together, including her three children from previous relationships, four from his own, and their youngest child they conceived together. Her children include Devon, 25; Macayo, 25; Tyrique, 24; Taylor, 22; Kyoni, 17; Kamerin, 19; Jared, 14; and Nicholas, 9. Her daughter Taylor, who goes by the nickname Chinese Kitty, is an up-and-coming recording artist. She has been featured in videos for big-name celebrities like T.I., Fabulous, and Ludacris. Taylor also has a son, making Nicky a grandmother.

She Has Her Own Clothing Line

She is the proud owner of her own clothing line, The Nikhol Hing Collection, and opened a boutique in 2011 called Klothh. She supports and helps her husband, a former music industry executive and co-owner of several nightclubs nationwide, including Miami’s King of Diamonds.

Chinese Nicky’s plastic surgery speculations may be attributed to the fact that her daughter, Chinese Kitty, is an advocate for the procedure. She isn’t shy talking about her getting her breasts done and having liposuction done on parts of her body. She believes having the right doctor and taking care of yourself is all that matters—and most importantly, not worrying about what other people think!