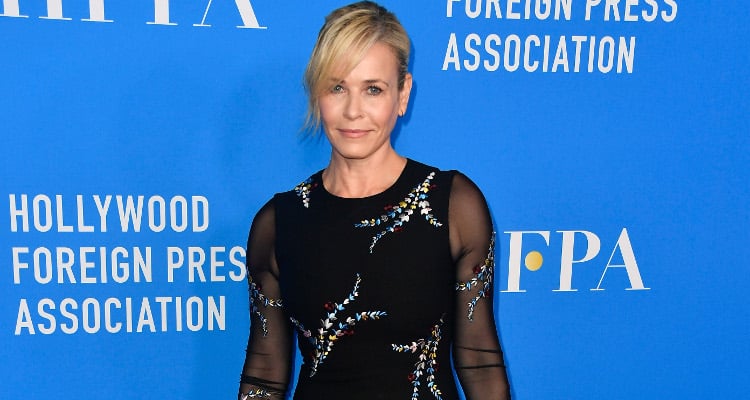 Over the past few years, comedian Chelsea Handler has been very vocal about her criticisms of Donald Trump. Recently, the 42-year-old showed solidarity with NFL players taking a knee during the national anthem following Trump’s remarks. While Handler’s professional life seems to be getting better and better, what about her personal life? Find out who Chelsea Handler is dating now and more right here!

Chelsea Handler recently voiced her opinion about NFL players refusing to stand for the national anthem saying, “I just think everybody who has a platform needs to use it right now, and people need to speak up and speak loudly, because it’s really scary what’s going on and everybody has to say something… That little six-month waiting period of seeing if Donald Trump is going to be able to turn this ship around and become presidential is over. It didn’t happen. He’s demonstrated this behavior over and over and over again, and people with platforms need to speak up. Taking a Knee isn’t going anywhere. What we need is for more white people to be doing it, more white athletes.”

The comedian has always vocalized her thoughts about politics and social injustices. Handler is on a roll career-wise with her own show on Netflix, but is the 42-year-old dating someone? We have details about who Chelsea Handler’s boyfriend in 2017 is and more about her dating timeline.

Who Is Chelsea Handler Dating?

Over the past few years, Handler was in the news for her booming career. However, there has not been much about her personal life. As of now, details about Handler’s dating life are unknown, but that does not mean the Chelsea host’s love life was always a secret. Take a look at Chelsea Handler’s dating timeline below!

I'm getting the job done, watch how things play out. #50centralbet

Handler has always been candid about her personal life, including her brief relationship with 50 Cent. The two met on her show in 2009 and things took off from there. But their relationship did not last long. The rapper’s ex-girlfriend was scheduled to appear on Handler’s show, and he warned Handler that she still had feelings for him. Handler was not pleased and hung up on him. The two are still on good terms though! 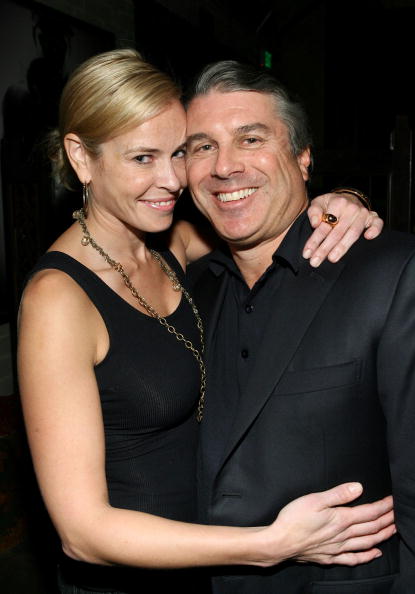 It was reported that Handler and Ted Harbert started dating in 2006 when he was the CEO of Comcast Entertainment Group, which oversaw cable channels like E!. He was reportedly her boss for almost four years and the two decided to mix business with pleasure. They moved in together, but in 2010, Handler confirmed that they breakup via her late-night talk show. About her breakup, she revealed, “I would come home from work, and Ted would be like, ‘Do you want to watch your show?’ and I’d be like, ‘No, I just came from my show. That’s the last thing I’d want to do,'” she added, “That was the reason it didn’t work out, ultimately. I think.”

Chelsea Handler was also romantically linked with Dave Salmoni and André Balaz. But at the moment, there is no news of her current boyfriend.