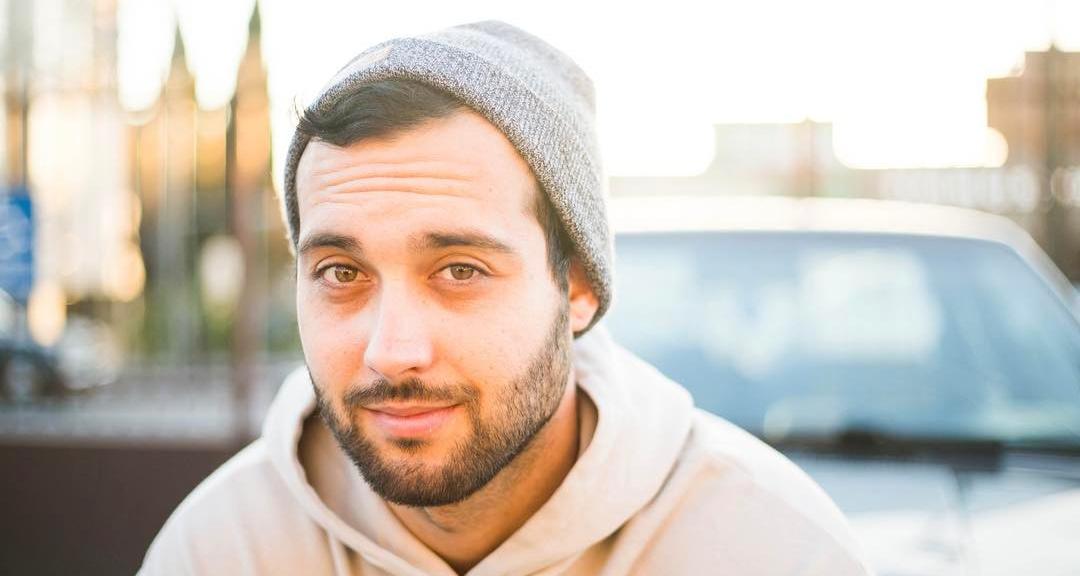 After completing his high school studies, Chad Tepper decided to make his fortune on social media. He started his own YouTube channel in 2013, and today, he is a huge social media star who has a net worth estimated to be over $150,000. He has appeared in both TV series and films, and is now all set to appear in the new laugh fest series, Too Stupid to Die. Tepper makes people laugh with his over-the-top stunts and pranks and has become a much-loved celebrity.

It’s tough not to be affected by the pranks and antics of funny man, Chad Tepper. He does one crazy stunt after another and continues to have everyone in stitches from laughter!

Tepper has been amusing people since 2013 through his YouTube channel, where he uploads all his bizarre antics. As crazy as some of them get, people love it and just can’t get enough!

Here are a few facts about the prankster who can’t stay still even for a minute!

Born on May 7, 1992, in Florida, United States, Chad Tepper’s age is 26. Tepper is from Merritt Island, Florida, and is a professional skateboarder, actor, and television personality.

These days, skateboarding has taken a back seat in his life, and Tepper has become a huge YouTube star. He started his channel back in 2013, and apart from vlogging on a regular basis, he has also posted many pranks and challenge videos, which his fans simply love.

Tepper grew up in Merritt Island, Florida, along with his brother, Lonny Tepper. He graduated from high school in 2010 and started taking an interest in social media.

Life is beautiful ? go out there and see it all

He Has Appeared in Both TV Series and Films

Tepper has done some exciting work on TV and has appeared in series like Ink Master, Hollywood Cycle, Blue’s Clues, and Girl, Get Your Mind Right. He has appeared as himself in TV documentaries like True Life and Young and Married.

He has also acted in a couple of movies like Nowhereland and Actors Anonymous, which was based on James Franco’s novel of the same name.

Tepper also has some upcoming projects in the works. He is going to appear in a movie named Paved New World, which is a comedy about two fanatic skateboarding teenagers. It follows them as they come of age on the last day of summer, as they travel across their town to watch their hero attempt a suicidal skating trick.

Too Stupid to Die Release Date

Right now, Tepper is wholly involved in the new TV series, Too Stupid to Die, which is all set to release on August 21, 2018, on MTV. It is a reality television series that takes a look inside the crazy lives of Zach Holmes and his inner circle of prank-loving friends.

Too Stupid to Die is jam-packed with bizarre pranks and outrageous stunts, a perfect addition to MTV’s lineup. It is set deep in the heartland of Indiana and features a group of backyard daredevils who have too much time on their hands. They spend their time thinking of insane stunts and pranks. Move over Jackass, there’s a new group of hooligans in town!

The show revolves around a group of have-nots, whose hearts are bigger than their brains. They are coming to grips with the one thing they do have—an unusual, but resilient friendship.

Each half-hour episode has a theme in which the stunts will fall into categories like dating, cars, unemployment, love, work, and failure.

Tepper gained a lot of popularity after he became a member of the supergroup, Team 10. Created by Jake Paul, the members regularly collaborate with each other on YouTube to increase their exposure and public profiles.

So far, their joint channel has more than 2.5 million subscribers.

Tepper’s popularity on YouTube has recently surged, and he has over 1.1 million subscribers to his channel today! His videos have been viewed more than 22.8 million times in all.

His most popular video, I Leaked Jake Paul Phone Number! Prank Wars, has been streamed over 1.75 million times.

Some of his other hit videos are I Leaked Chance Sutton Phone Number, Made Jake Paul Cry (Crazy), and Threw Up in Jake Pauls Yeezys.

Thanks to the popularity of Chad Tepper’s YouTube videos, it’s not surprising that he is making good money from them.

People are curious to know how much money Tepper has actually made from his work in the last few years.

According to sources, Chad Tepper’s net worth is estimated to be around $150,000 and growing.

People often ask if Tepper is married or has a girlfriend. He was married for a while to a woman named Allison.

They tied the knot on July 9, 2011, and their wedding was shown in an episode of the MTV documentary series, Young and Married, in 2012. However, the couple got divorced on January 19, 2014, due to irreconcilable differences.

Tepper Has a New Lady in His Life

The Youtuber seems to have a new girlfriend now and her name is Sarah Salinas. If you’re a fan, you may recognize her as she often appears in his videos. She is 26 years old and collaborates with Tepper on his channel often.

Tepper is delighted with his ladylove and was spotted buying gifts for her on Valentine’s Day in 2017. The two look very happy together! 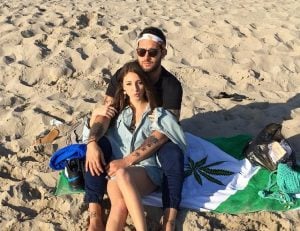 Chad Tepper’s height is 6’3″, and he is full of boisterous energy. That’s pretty visible on his Instagram account, which is full of pictures of Tepper doing stunts like sliding down stairs, getting splashed in the water, riding a shopping cart on the road, go-carting, and driving cars and tractors. It also has pictures of Tepper hanging out with his girlfriend and fooling around with his buddies, as per usual.

Chad Tepper’s Instagram account has more than 1.7 million followers who love to see him indulging in the craziest and most mindless antics one can think of. You will also be able to watch Tepper doing crazy stuff on his new series Too Stupid to Die, which will premiere on August 21, 2018, on MTV.

Don’t miss all the craziness to come!

Also Read: Interesting Facts About Dianna Williams, from Bring It