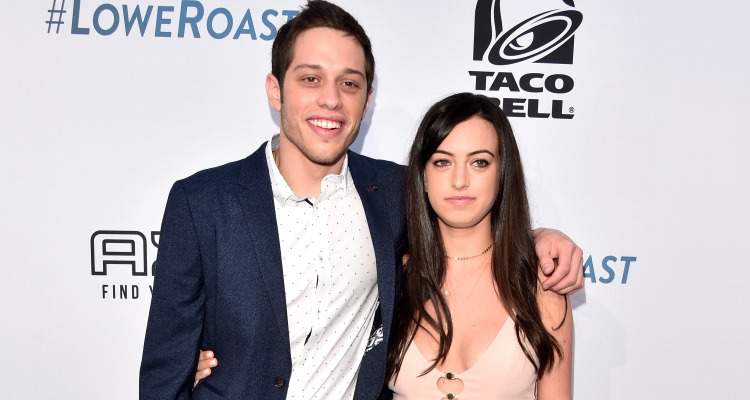 Who is Pete Davidson’s girlfriend? While many are familiar with the Saturday Night Live comedian, many don’t know about his girlfriend. She has her own show and knows some powerful people in the business, too.

Most recently, Pete Davidson is getting a makeover from Queer Eye’s Tan France, in a short clip on the Netflix reboot. And now, people want to know more about his girlfriend.

Our Cazzie David wiki has everything you need to know about David and her relationship with Pete Davidson, as well as some interesting facts you may not have known about her!

Who Is Cazzie David?

Cazzie David, age 24, was born in 1994 and is the daughter of Saturday Night Live producer, Larry David, and his ex-wife, Laurie David, an environmental activist. That pretty much makes her TV royalty, and we’re surprised she’s not more famous, considering her father’s huge Hollywood ties!

Cazzie also acts in her own web series called Eighty-Sixed, which was co-created by her dad. It has also been compared to her father’s show, Curb Your Enthusiasm. She is also represented by WME and graduated from Emerson College in 2016.

Also Read: Why Did Gigi Hadid and Zayn Malik Break Up? #ZiGi No More!

Like every other millennial on the planet, Cazzie has an Instagram account, with 114K followers and over 200 posts. She often posts about her boyfriend, her web series, new projects, and her everyday life in general.

If you’re ever wondering what Cazzie David is up to, you can always head over the photo-sharing app to get an inside scoop on her life!

Many may not know about Pete Davidson’s personal struggle, but the Staten Island native was diagnosed with borderline personality disorder.

“As some of you may know, I was recently diagnosed with borderline personality disorder, a form of depression. And depression affects more than 16 million people in this country and there’s like, no cure, per se, but for anyone dealing with it there are treatments that can help,” Davidson explained in an SNL segment in October 2017.

Davidson has been dating David for over two years now and reportedly revealed that David’s web series and support helped with his sobriety. She’s been a pillar of support and by his side through his struggles.

Despite being in the spotlight more and more, Cazzie David would rather keep most of her private life to herself. Her boyfriend, on the other hand, has been more vocal about his own personal battles. She says that she’s definitely much more of a private person than him and says that he’s known to share everything with the world.

“I don’t think he knows that you can be honest and not share everything. But I really do respect that about him,” David said in a Glamour interview. “Also, he’s definitely way more famous than I am, so it’s not really a problem for me yet.”

But based on the way her success is skyrocketing (especially with her new show), we’re sure that David will be just as famous as her comedic boyfriend. Possibly sooner than we think!

For Cazzie David, there’s no one more important than her dad. (Sorry mom!) In her InStyle article, the young comedian wrote that she’s never moving out of her father’s house. Now why wouldn’t a 20-something not want to move out?

Well, it’s a much darker reason than one would assume. She’s afraid her father will die.

“I’m living at home as long as I can because I want to spend as much time as possible with my dad before he dies,” David wrote.

Cazzie David made it sound like her dad’s death was more immediate than it actually was and it may have alarmed some fans! However, we are happy to report that he’s not going anywhere.

The actress went on about how important he is and that she tries to spend as much time with him as she can.

Cazzie David is a rising star, and she’s doing it on her own terms.

According to The Hollywood Reporter, the social media star is getting her own show, and it will be titled Half-Empty. David will write, co-star, and executive produce the show, which has been picked up by Amazon Studios.

Half-Empty is Cazzie David’s first TV deal. And if she’s anything like her father, she will be just fine!